Q: How are you finding the offense so far?
A: It’s complex but it’s good once you start to get things down, get on the same page, like I said, learn all the calls, but it’s been good. Like I said, we’re out here practicing every day and trying to get the little things down.

Q: You came here with 80 some-odd catches last season. A lot of us didn’t know about you because of east coast, west coast. Are you a guy who’s a seam guy?
A: It was just our offense last year, we ran a lot of west coast offense, a lot of in the middle trying to find the holes in the zone, that’s what they asked me to do. This year Coach Pope obviously said ‘more in the seam,’ stuff like that, ‘down the field’ so whatever they ask me to do that’s what I’ll do.

Q: I mean a tight end is also known as a blocker, how are you-
A: Yeah, obviously that’s something that I try to work on every day, trying to be an every down tight end. You know, I’m going against some bigger guys as a lot of tight ends are, just trying to work on that, like I said, so I can stay on the field.

Q: Eli for years has come in here and he didn't know who his pass catching tight end was going to be. Has he said ‘wow, I’m glad I’ve got somebody who I know can catch the ball?’
A: You’ll have to ask him about that. I’m not sure

Q: What’s it been like to work with Eli, what do you like about him as a quarterback?
A: It’s been great. He’s a proven winner, he has great command of the offense. Any time you can do what you’re supposed to do and be in the right position and be on the same page as Eli, he’s going to find you. He’s great about that, so it’s been good.

Q: You’ve played four years and you haven’t gotten to the playoffs yet, does this feel like your best shot to do it?
A: Absolutely. Get an opportunity to win some games, play in the playoffs, maybe go a little further or whatever, but I’m excited. We’ve got an organization from top to bottom, the guys in the locker room are being great, so that’s what everybody’s goal is, which is nice.

Q: Can you tell a difference going from one organization to another? This is a more traditional, winning organization than the Raiders?
A: Yes, definitely.

Q: When you’re good at one thing, then they always talk about ‘well, maybe he’s not good at the other thing,’ so like you say, you’ve caught all those balls, do you think you’re solid as a blocker, too? Do you think you can do all the other things you need to do as tight end?
A: Definitely. It will be important to stay healthy this year and Coach Pope is the best in the business, or one of the best, so he’s been teaching me a few different things that maybe I haven’t had in the past. The key is to go out there every day and just kind of take what he tells you and the technique and the line and stuff like that to work on what he’s been teaching us.

Q: Do you think you can improve in that regard as a blocker?
A: I think, yeah. Blocking, all aspects of the game, you know. If you’re not going out there and improving every day, then you’re not really doing your job as a professional.

Q: The offense already has Cruz and Hakeem… Rueben seems like he’s emerging a little bit… do you worry at all, or wonder at all, if there will be enough catches?
A: Not at all. That’s not my style, really. Like you said, win some ball games, make the playoffs. That’s really all that matters to me.

Q: Find the right school system and all that? You have kids?
A: I don't have kids, no.

Q: What are you guys hoping to accomplish the first preseason game?
A: To be successful and move the ball on offense. We’ve been working out here for a few weeks or whatever… just the little things, obviously things are going to intensify as we go. Just move the ball, put some points on the board, and just grow with each other. You can practice all you want but once you get out there in the game, it’s a little different, which will be good for us, especially for me, being my first year here.

Q: Did you sign a one-year contract or four?
A: One year.

Q: Why not longer?
A: You’re asking the wrong guy.

Q: You figure, who wants to move around a lot, I mean…
A: Right, yeah this is the way it works. 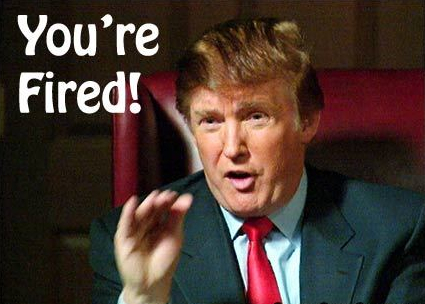 Did you sign a 1 year contract or 4? What the fuck? How does that person have a job?
Is that one reporter asking questions or a group of reporters.
wgenesis123 : 8/7/2013 11:32 pm : link
.
.
Pat from Inside Football : 8/8/2013 7:00 am : link
Guys when you see a transcript from the Giants, it's a group of reporters asking the questions. And at training camp, we usually have a lot more media than the usual group.
The question about his contract isn't quite as dumb as it looks.
Big Blue Blogger : 8/8/2013 8:05 am : link
Myers signed a four-year contract with three voidable years. While the structure is clearly intended to stretch out the cap hit on a one-year deal, hearing the player's own perspective is sort of interesting.
Yeah, the contract question may have been the most interesting
Andy in Halifax : 8/8/2013 8:31 am : link
but that's a really low bar based on that interview.
"Find the right school system..."
FranknWeezer : 8/8/2013 10:41 am : link
...that was horrid.