Q: Number 86 Powe was wearing guys out on the one on one drills and was showing great concentration and was bringing in catches. Is that something you enjoy watching out there?

A: Yeah, he is a big body and he had a nice day today.

Q: What is it like with that wide receiver competition? It seems like a lot of those guys have been making plays, is that a good problem to have?

Q: It looks like Odell picked up right where he left off with that deep pass.

A: Yeah, he did a nice job. The defense brought a nice pressure and it was tough to handle in a coverage standpoint and Eli got some push and really threw it up in the area. He knew he had a one on one and Odell got behind him as he ran the post and put his foot in the ground and adjusted over to his outside shoulder and made a nice catch.

Q: How is he physically in your estimation?

A: He looked good to me.

Q: He sat out one drill. Was that the plan for him or did he actually sit out other drills?

Q: Coach, at this point in the process how many receivers do you estimate you will carry?

A: It depends on how many earn a job.

Q: Why did you back off Nat Berhe’s workload today?

A: Berhe was in the mix and in the rotation, it just so happened that personnel wise that is how things shook out.

Q: How are you working that safety rotation?

A: We have a lot of reps and we are trying to keep the reps as even as we can right now with the first, second and third groups. We have some guys working in some different groups, so we are just doing as best as we can to keep things even right now.

Q: You have had a few padded practices now, is the defensive depth chart starting to clarify for you?

Q: Are you seeing cohesiveness now that the pads are on?

A: I hear communication. There was some good communication happening on the defensive side of the ball today.”

Q: It seemed like it was Eli Apple’s best practice of camp. What are your thoughts on that?

A: Yeah, what was encouraging about Eli was that he got a holding penalty early and he bounced back and didn’t get one the rest of the (practice). There was tight man to man coverage and he was physical out there and he forced guys to the sideline and boundary and it left the quarterback no room to throw the ball, so that was exciting to see.

Q: Two fullbacks in camp out there competing for one spot, how do you gauge that competition? Has anyone stepped ahead in that?

A: The fullbacks and tight ends, we lump them together, so no.

Q: How do you envision Will Johnson and where do you see him playing?

A: He is a football player that has a lot of versatility. He can do a lot for you on special teams, he can play some tight end for you, and he could also play the traditional fullback position and we can move him out and play him in space.

Q: At one point after the line drills, Jason Pierre-Paul took Bobby Hart aside and then after the receiver vs. cornerback drills, Odell put his arm around Eli Apple as they walked to the far field. How does that player-to-player communication benefit your growth?

A: We have been talking a lot about toughness and physicality and doing it together and family is important and we are all one family here.

Q: What happened in your estimation on that JPP play where he returned it for a touchdown?

A: The ball was on the ground and he scooped and scored just like we have practiced.

Q: Did the ball slip out of Eli’s hand?

Q: Do you think Shane Vereen has had an especially good camp and do you envision even expanding how you use him in the offense?

A: Well, Shane was our second leading receiver last year. I think he had the most touches of his career and he was a good addition for us.

Q: Your defensive end [Owa Odighizuwa] has been getting a lot of praise throughout training camp. Do you see a larger role in the defensive line rotation for him?

A: He is someone that we are counting on to come through for us

Q: Are you starting to see the foundation build up? Is it going the way you had hoped?

A: Today was a big day for us; we talked about that after practice. This was a big moment for us in training camp. It was a heavy hitting physical practice and we had a lot of explosive movements in tight quarters. I think we had 42 plays in the red and the green zone today. Some team, some 9 on 7 with the big guys and some 7 on 7, but a lot of contact and a lot of physicality and we got through it. We checked the box and it wasn’t as good as it could be, but we did check the box and it will be the starting point for a good foundation.

Q: How has Shane McDermott been doing so far with you guys moving him around in those interior spots?

A: He is a bright guy, he picks it up easily, it is always a benefit to be able to snap the football and he has some flexibility otherwise.

Q: Will Tye had some nice targets in the green zone today. What can you say about his performance?

A: He made a nice play in the back of the end zone, corner route. I would like to see Will play with a lower pad level and play faster.

Q: Do you have any plans to do any off campus activities with the team? Like team bonding?

Q: Friday night, the dolphins come into town. When will you plan for them?

Q: When you had your first press conference, among the people you thanked was Brett Favre. What are your thoughts about him going into the Hall of Fame this weekend?

Q: What was it like to work with Favre? Don't worry, Giants fans, you're in good hands, the best in New Jersey.
I have no idea what to make of this Q&A- Â
SFGFNCGiantsFan : 8/6/2016 4:09 pm : link
Q: Do you think Shane Vereen has had an especially good camp and do you envision even expanding how you use him in the offense?

A: Well, Shane was our second leading receiver last year. I think he had the most touches of his career and he was a good addition for us. 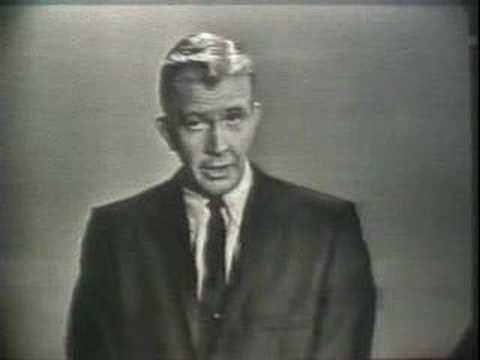 Did someone say, "good hands?" That's my line.