Opening Statement: Alright, Denver is 3-1. They’re coming off a bye week. They’re deep. They have a healthy roster. They’re going to be a tremendous challenge for us on Sunday night. Offensively – they’re physical with the run game. They do a good job with their play-action passes – getting it to (Demaryius) Thomas and (Emmanuel) Sanders. Very explosive offensively. They do a good job on third down. They’re ranked high there.

Defensively – they’re tough. They’re physical and they’re fast on all three levels. They’re No. 1 versus the rush. They’re good situationally and they’ve won 31 in a row when winning the turnover battle, so we have to take care of The Duke.

Special teams – they’re creative with their special teams. They’re aggressive with the fakes. (Riley) Dixon was a high school quarterback and he can throw it on a rope. (Brandon) McManus, as we know, has a strong leg. Tremendous challenge for us on Sunday night and we’re looking forward to it. Let’s open it up.

A: DRC came in yesterday. We had a conversation that was personal upstairs and he came in today. Decided to leave. We will suspend him.

Q: Is this something that came out of nowhere?

A: We had a conversation yesterday. He came into the building this morning. Decided to leave and we will put him on suspension.

Q: Does the suspension have anything to do with what happened last Sunday during the game?

A: That’s all I have for you right now.

Q: How long is the suspension for?

A: That’s all I have for you right now.

Q: Why wouldn’t you just release him?

A: That’s all the information I have for you on the situation.

Q: Is the suspension paid?

A: That’s all the information I have for you at this point.

Q: Can you say whether the suspension is related to something personal in his life or to the team?

Q: Does keeping the locker room together concern you?

Q: Are you disappointed that CB Dominque Rodgers-Cromartie decided to leave?

Q: How does this affect what you do in the secondary?

A: We have a lot of confidence in the players on our roster in the secondary and in the second level that we can go out and perform at a high level and play good, quality defense and great defense.

Q: Is there going to be a roster move?

Q: What sort of conversations have you had with WR Ed Eagan and WR Travis Rudolph as they make their NFL debuts this Sunday?

A: Just give us the best version of yourself. They’ve gone out, they know what they’re doing on offense and on special teams. They have a great opportunity to go out and prove what they can do and that they belong in this league and they can play in this league. We have a lot of confidence in them. They just need to stay within themselves, trust the system and be the best version of themselves.

Q: How have you altered the playbook based on their experiences during the preseason?

A: They know the playbook.

Q: Did CB Eli Apple show anything on Sunday to help your confidence in him?

A: Yeah. Eli responded in a positive manner.

Q: Did you address the CB Dominque Rodgers-Cromartie situation with the team today?

Q: Have you seen traces of a ‘woe-is-me’ attitude amongst the team?

A: Zero. No. We had a quality practice. It was high-energy. All three phases competed to get better. You have an opportunity for guys to go out and showcase who normally wouldn’t be able to showcase their abilities and they’re chomping at the bit and that lifts the energy of the players around them.

A: He’s our starting corner. Yes.

Q: The perception is that you have lost the team. What would you say to that?

Q: Is it not the reality in your mind that you lost your team?

A: These guys are out there. We had a great practice today. We’re looking forward to a great one tomorrow. We’re going to go in, take a look at the tape, get ready to go compete against Denver.

Q: When you drafted T Ereck Flowers, you assumed he would have to block guys like Von Miller. Is he capable of doing that this week?

A: Von Miller is tough for anybody in this league to block one-on-one. You have to pick your spots to do it. He has as good of a first step as anybody that I’ve seen play. He’ll be a tremendous challenge for our tackles to block him one-on-one. It is for every tackle to block him one-on-one, especially up there. I have confidence that we’ll go out and compete at a high level. Again, we’ll have to pick our spots in the pass game, especially dropping back, and we’ll have to give a little bit of help, for sure.

Q: What prompted the interest in Branden Albert?

A: Branden Albert? I’m focused on coaching our football team.

Q: Do you feel like you need to upgrade your tackle position?

A: Again, I’m focused on coaching a football team. I’m not in personnel.

Q: What will your offensive line look like on Sunday?

A: We’ll see how this week of practice goes.

Q: What can you say about what G Justin Pugh has done for the team this year?

A: Yeah, Justin is a guy who is a team player first. He goes out, he works hard, he brings his lunch pail, and he’ll play any position that you ask him to play and won’t bat an eye.

Q: Has TE Evan Engram’s role widened with the injuries?

A: He’s a young player who’s learning to play the pro game. He practiced well and he’s going to have opportunities in games to get his hands on some footballs and to block, to play special teams, and that won’t change.

Q: Will TE Evan Engram play different spots on the field than he has been? 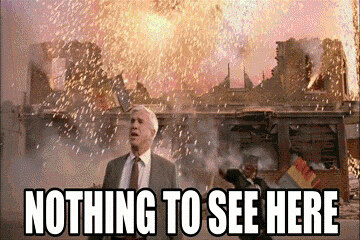