Opening Statement: Alright, I know you have some questions for me, so I’ll just open it up.

Q: What can you tell us about what happened with CB Dominque Rodgers-Cromartie?

A: OK. The DRC issue. In my opinion, it’s the head coach’s – I mean, I know Ben (McAdoo) has addressed it. So, to be quite honest here, I want to just leave it with Ben and what he said and I would stand on his comments.

Q: Have there been any complaints to you or has there been a desire for CB Dominque Rodgers-Cromartie to play more on the outside?

Q: What would you say about turmoil in the secondary and do you agree that there is?

A: No. No. Turmoil is we have guys injured and we haven’t really found a groove. But, I don’t feel that. I don’t.

Q: Is it a concern for you that there are 11 games left and you’re having issues with players?

A: Well, it’s always going to worry any coach when you’re not able to stay with the same 11 or 12 or 13 because we have different packages all the time. Now, when does that change? It generally changes with injuries or whatever happens. I mean, there’s real life going on, too. So, when it does happen, we have to adjust. The players – they are still rolling and playing, the guys that have to go in. Coaches, we can’t blink. I mean, in this league, you have to go on to the next game. You can’t blink. You can’t be looking backwards. You can’t worry about what’s already happened. You have to worry about what’s going forward. So, we kind of put it in that same box. OK, who has to go now? Then we go. Nobody feeling sorry for you. Things not going to change.

Q: How much does it weaken your defense to go on without CB Dominque Rodgers-Cromartie?

A: I look at defense as a whole. To me, it still comes back to some continuity and playing as a group. I’ve made this quote to you guys before. I put it back up for the guys just yesterday, that we’re going to chase perfection and rely on relentless. If we can get more of that, I think that’ll help us. When you get hurt in this league, you have to overcome it somehow, some way. We’re looking for a way.

Q: Are there guys that you feel confident playing extended snaps in the slot?

A: Ross (Cockrell) has a done a little bit of work there. We’ll see where we are with other guys. Right now, he’s what we got.

Q: Have you talked with CB Janoris Jenkins about leaving the field early in Sunday?

Q: Why were you jogging after CB Janoris Jenkins after the game?

A: No. No. No. That had nothing – I don’t even know. That was something else. That was something totally different. Yeah. Don’t look at – that was just me and Janoris. I had talked to him earlier and he had asked me something and I went out and found the answer and that’s all.

Q: Do you feel that the players have responded well with the CB Dominque Rodgers-Cromartie situation because it seems like they were surprised Wednesday when he wasn’t here?

A: Again, I don’t – Ben (McAdoo) has addressed it. I’m going to just let it rest on the head coach’s comments.

Q: Are you sitting here thinking how are you going to convince your team you can win?

A: No. I don’t feel like our guys need any convincing. Our guys just keep working. I mean, they do. They do. There’s a lot of prideful guys. Whoever is behind the guy that’s starting feels like he could be playing, so this is an opportunity for that person to step up. You can’t look at it that way. We like to have everybody healthy and all the same guys for 16-20 games, whatever it is. Yeah, sure. But, that’s not reality in the league. So, we have to find a way.

Q: Talk about DE Romeo Okwara getting banged up today?

Q: What have you seen from defensive end Avery Moss so far?

A: I think Avery’s done a really good job. I thought he did a good job this past week and I think I mentioned this – about three weeks ago, I remember watching tape, I put all the clips on for the rest of the guys, I thought he was getting better.

Q: What made you bench cornerback Eli Apple for the first three defensive possessions last week?

A: Yeah, I wouldn’t call it a benching. That was more of a compliment to Ross [Cockrell] and what he’s been doing out here. Ross has been out here working, we see it and we notice it. So, we want to get guys in rotations and we did, we rotated the guys right through, probably the same thing will happen in this particular game. You’re going to need more than just two corners to make it through the year.

Q: Do you think Apple got that message?

A: Well, we’ve talked, everything’s fine. We’re going to need these guys to play. There’s going to be guys playing and not playing all the way through the year, that’s not going to change.

Q: It didn’t seem as though you rotated the cornerbacks, so what was the thinking?

A: Well, part of it depends on what we’re putting in. If we got three corners in, it could if it’s only two corners in because we’re in base defense. So, if I have to go back and count and you want to quote me on rotation and say it’s not right. But, what we’re trying to do is get guys on a rotation so that everybody’s playing. But a little bit of it is dictated by what the offense gives us.

Q: Did somebody bump a referee last week, which caused a penalty?

A: I don’t, I don’t. But probably what happened, was somebody was in the white, or whatever. I hope it wasn’t me [laughs]. But I didn’t bump into an official. I remember the play, now that you’re taking about it. Because they had a long gain and then they added on to it, it ended up being like a 37-yard play when it was all said and done. I don’t remember exactly who.

Q: Why such trouble on third downs in the second half?

A: Good question. This is what happens on third down: anytime I make a third down call and it doesn’t work, I question what I called and think I should’ve called something else. That’s just how I am, that’s just how I feel. So, could we have changed the calls? Yeah. I can remember a couple specifically. One was a blitz angle, they were a step away and if we just come with the angle we’re supposed to, it’s a successful play. What you’re talking about is exactly what I talked about in the meetings on Tuesday, that to me is was third down in the second half that kind of got us. And we had some long ones, too. Third-and-nine, third-and-10. And I’m so into Denver now that I can’t remember all of the plays, but I remember one specifically where it was a blitz angle. I do know we pressure a lot, but that was the game plan going in, so we weren’t going to change that. And for whatever reason, they didn’t work as well as we thought. They need to.

Q: What did you see from your run defense last week?

A: Again, I’m being honest with you now, I’m [onto] Denver, it’s been three days. This is the disadvantage of answering these questions four days later. If I’m not mistaken – I remember two weeks ago, we had like a 35-yard run. We didn’t have any of those [last week], but we had some eights and nines, and I know there were three explosive runs and an explosive run is a run over 10. I mean, our run defense needs to be better. Our tackling was better, it’s not exactly where we want it, but we grade that all the time. So, if we keep continuing to improve there, hopefully our defense will improve. You’re right about this group that we’re playing this week, this is a really good back. I think he’s really good. Strong. He’s a one-cut downhill - if you’re not tracking the hip or taking care of the cutback, he can make you pay.

Q: Did you end up using Rodgers-Cromartie more at a lot of different areas – safety, outside, inside – than you intended to at the start of the season?

A: That answer might be yes. But sometimes we do that to get other people – there was a time we were putting DRC back there because we wanted [safety] Landon [Collins] to be closer to the line of scrimmage, so it was a little bit of that going on. And I know we put a package in last week and that that was one where DRC was back, so there was a little flexibility. But, I think sometimes as you go through the season, you realize you need to put a couple of wrinkles in.
Allow me to summarize it for you Â
HomerJones45 : 10/12/2017 6:19 pm : link 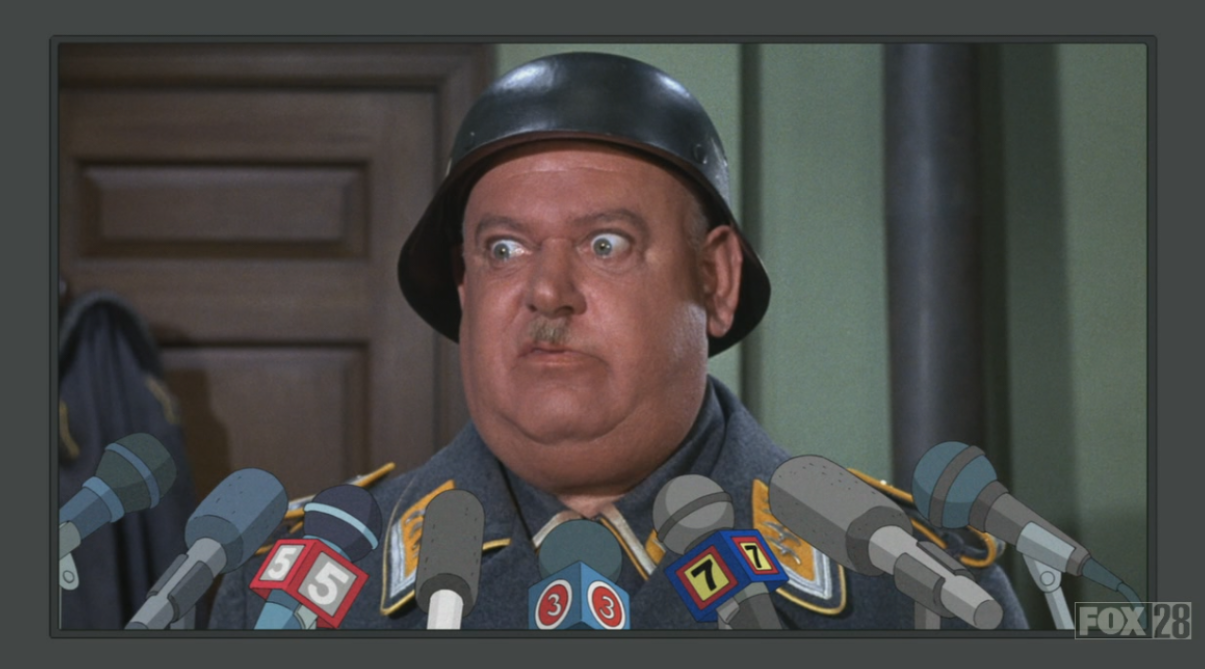 I thought Goodsen Â
RetroJint : 10/13/2017 4:33 am : link
got that personal foul call because he knocked the Umpire on his ass on a crossing play. It served as a pick play. Offenses have used the Umpire as a legal pick since the era of the fat football. If so, best hit his defense delivered. Goodsen was obviously pissed.

We're talking angles on pressures now, which is a Texas two-step away from the obvious-Rivers saw it coming. Third and long defense has reverted to '15 form . No one is setting the edge on the wide runs-again like the '15 season. 1 interception in 5 games. Virtually no pass rush. 43% third-down conversion rate. Those are the indices of crap defense . The Giants are failing in all three .


Spagnuolo remains the most overrated personality in Giantd team history: His defense did play well last season. But that was mainly due to playing a bunch of rookie quarterbacks . Or, in the case of thr Brownd and Ramd, Arena-League quarterbacks . Since Rodgers carved them open in the second half of the playoff game last season, they've been a sieve .