Opening Statement: Good morning everybody. Rookie mini camp – this is an exciting weekend for 61 guys. They are getting a chance to live out their dream of playing pro football. I think when we look at it, we have a mixture of drafted players, college undrafted players, tryout guys and so we’re going to put them through the paces for three days here and try and teach them. I think what’s important is and I’ve talked to the staff, I’ve talked to our current players, we want to teach our rookies the right way from the very beginning – here is your iPad, here is your locker, here is where you need to be, here is how you need to dress, here are the fields, ‘please’ and ‘thank you’ work, push in your chair. We want to really train these guys in the New York Giants’ way and I think it’s every facet of their life and then, certainly what is most obvious, football. So that’s running parallel with them learning some of the scheme before they get kind of incorporated with our veterans on Monday. That’s where we’re at. We had a walk through – I think the way we do it and this is the way we’ll do it with our veterans. We meet in the morning and then we walk through and then we meet again and then we practice. We try to describe it, then we detail it, then we drill it, then we do it. Then we kind of decompress, debrief it and we do it over and over and over, and so this is probably when I’ll do most of my conferences with you guys. With that being said, I’ll take some questions.

Q: You talk about the Giant way. What is the most important thing that you want to make sure these rookies learn outside of what they’re going to be doing on the football field?
A: Well, the veterans have gotten a good feel for it. They got a five-week lead on these guys and I think what’s important is to be very professional in every facet of your life. We want guys obviously that understand how important it is to have relationships, whether it’s in the building or being coachable and we want guys that are good teammates and certainly guys that love football. So we’re looking for those kinds of guys and I think we have to live that life in our building.

Q: What does a tryout player have to do in three days to catch your eye to get signed?
A: They’re considered tryout guys, but everybody is here for a reason. We’ve seen something good in all these players that are running around this weekend and we have an anticipation of what they’re good at and we’re kind of just touching the paint to see if it’s wet. If we’ve got a player that we’ve liked for some reason and they have a chance to come in and maybe be better than one of the guys that’s on the roster, then we’re willing to trade it out. We’re going to constantly try to find – until we get to the 53, we’re going to try to have the best 90 that we can have.

Q: You haven’t had too much time with the rookies. Can you take me through what you guys did yesterday leading up to today?
A: Yeah, they just checked in yesterday. Certainly they went through extensive physicals and issued their iPads and their equipment and fitted for their helmets. Very similar to any first day at any level of football that they’ve played and that was about it. I had a meeting with them last night to kind of spell out what a meeting room looks like and what the practice field should be like, how they should compete, sort of rules of engagement, and then we had meetings this morning and a walk through.

Q: How much do you kind of judge or grade draft picks on what they do on the field in a mini camp?
A: Well, we’re always being evaluated anytime we do anything, so yeah we’re evaluating and grading our guys as they’re out there competing. Every time they’re out there, quite frankly.

Q: Can you talk about the challenges that Kyle Lauletta faces in this mini camp?
A: Yeah, the quarterback the first time doing anything, he is in charge of everything and so certainly there is more on his plate, but from what I could tell by just watching him function in the walk through, I think he’s got a good feel for what he’s going to need to do today, and we’ll teach him more for tomorrow and so on, and then get him going on Monday with the rest of the guys.

Q: Do you like to ease a young quarterback in or do you like to throw a lot at them and see what they can handle?
A: Well, whatever you give a quarterback, it’s way more than anyone else is getting. In a former life, way back when, what you did with the rookies – this was like shock treatment. You blew them up physically, emotionally, mentally and then by the time Monday came around, they’re like, ‘Holy smokes.’ I think what you’ve seen is, is what you’re trying to do is orient the guys, get them up to speed, get them going, challenge them physically and mentally and then let them go out there and show you what you can do. I’ve taken tests before where you look at the first question and you say, ‘This isn’t going to work out well.’ But I’ve taken tests, too, where you answer two or three right and things go well, so that’s what you look for.

Q: You’ve studied Saquon so much and he’s on your field. Is there anything you’re going to look at honing in on seeing from him?
A: Yeah, I think what we’re looking to see is how well he picks up the system. We’re very confident that he’s going to be able to do everything well and then just see how he works in just like everybody else. How he runs the ball, how he catches the ball, his awareness in pass protection, all the things we’re going to ask him to do going forward.

Q: Do you know if he’s a quick study or not?
A: Our sense is that he is and this is probably a better question for two weeks from now. But yeah, there’s nothing that tells us he’s not.

Q: What kind of speed is this weekend?
A: It’s intense and we want them to compete, but again and I told them last night, that our game is about the ball – throwing it, catching it, handing it off, kicking it, whatever you want to do with it and then protecting it when you have it. Our game is really, if you boil it all down, it’s about negotiating the ground – it’s how you move around, how you stay in front of your defender, what you do with the ball when you have it. So we want to see guys handle the ball, we want to see guys negotiate the ground and then the third part of this game is man whip a man. Because it’s not very physical right now, you can’t really get into all of that. But, we want the guys to play fast, no anxiety and try to stay on their feet, execute their blocks, work through their schemes, quarterbacks go through their progressions and, ultimately, make it look like football.

Q: Do you have a preference which side Will Hernandez will line up on?
A: Way beyond this camp certainly as we go throughout the rest of our training, but he’s played a lot of snaps at left guard and we’ll look at him there primarily, but anybody working and guards have to play on both sides, especially young ones. That’s part of a guard learning it the right way; he’s going to have to take reps on both sides.

Q: Isn’t it like writing with your left hand and now it’s with your right hand?
A: It’s different than that. I challenge all of you to switch hands right now. I think it’s different than writing certainly. Guys have played both sides and get used to being where they’ll be, so they’ll get it.

Q: What went into the decision to waive Paul Perkins yesterday?
A: Yeah, well he has a pec injury that we’re all aware of and it’s going to take a significant time for him to come back. That was it. Quite frankly, we wanted the roster spot.

Q: Has there been a moment where you approach Saquon and say that this is rookie mini camp and this is what we want to see from you? Not that he has to go out and be everything that everyone says he can be.
A: No, I think he needs to be everything he thinks he can be and then we’ll worry about that later. I think what’s important is that they come out here and compete. He’s no different – come out here and compete, be the very best running back you can be and then we’ll worry about that as it comes along.

Q: Your owners and GM have spoken highly about Saquon. You haven’t said much about Saquon. Why is that?
A: Well, I’m certainly high on Saquon. But that goes back to let’s train them the right way. He’s a member of this team. If you ask him, he’ll tell you he wants to learn what he’s doing and compete at a high level and regardless of what my expectations are for him, he has to come out here and train and do it. That’s what’s really cool about him is that he has that mindset and so I’m thrilled with the players that we’ve brought in the building, I’m thrilled with the way that our guys have been performing. Unfortunately you haven’t been able to watch it and so I’m looking forward to getting them all together on Monday, so that’s where we’re at. Try to get the players as good as they can be individually. When they train next to one another, they challenge each other and they get better as a group and then just keep moving that train forward. 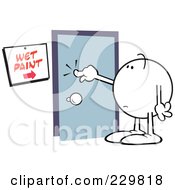