Q: With Odell (Beckham Jr.) not practicing again, is it less likely that he’s out there Sunday?
A: Coach (Shurmur) will announce all that, but we’ll be ready to go either way.

Q: You guys in the second half of the season started running the ball a lot better, but the last two weeks it hasn’t been there. How important would it be for you guys as an offensive staff to get that going?
A: It would be important because you want to have good balance. We felt like we’ve been close, although at times it doesn’t look that way, so obviously when the running game is going it seems everything else will feed off of that. However, I think we all feel really good about if teams are really trying to stop the run that we’ve got answers in the passing game, whether or not it’s drop back, play action or quick gain, things like that, so the bottom line is getting the ball in the end zone however we need to do it but as we know, the best way to do it is to have balance.

Q: Your struggles with the run have correlated with Odell being out. What’s the relation there?
A: I’m not so sure it’s exactly that. Maybe that’s something that we look at, but I think if anything, maybe the coverages have been different. We’ve still had a lot of guys up in the box, so to speak, to stop the run. Even when Odell was in there, just a different way to do it, but it does help. With that being said, that’s a good point. Whenever you lose a receiver that attracts a lot of attention, it’s one less guy maybe to account for him and get his nose in there in the running game.

Q: As an offensive coach, are you a believer in running, that phrase that many use, the offense through Saquon (Barkley) or running the offense through Odell? Are you a believer in that?
A: Not really. I think it’s important to have not just talented guys like we have, but guys that are very versatile at their position. Guys that can help you not be predictable. In other words, if two tight ends are in the game, then we’re not just running the ball, or if three wide receivers are in the game, we’re not just throwing it. They can go block or the tight ends can line up in certain positions. Same thing even with the fullback in the game with the halfback. I think just the balance and the versatility of the guys, regardless of talent level, I think is important. You got to have smart guys here. Guys that can think fast and make adjustments.

Q: You’ve seen this offense evolve 16 weeks into the season. Just wondering what you view as the identity of this offense at this point?
A: I think it’s what we strive to be is kind of what we’ve been talking about is balance. I think it’s going to be a running game that when you’re talking about the run and that can be both run inside and outside with some misdirection. I think the identity in our passing game is again a little bit of versatility with misdirection passes, quick gain, and the ability to throw the ball down the field off play action.

Q: Obviously every rookie quarterback is going to develop a little differently. Are you comfortable with where Kyle (Lauletta) is at the end of his rookie season?
A: He’s like a lot of other young guys. It’s going to be hard without work, but I think that he’s gotten better. I think mentally, I think he’s done a real good job. If you kind of compare him to other rookies, I think he’s learning from two really, really good players in Eli (Manning) and Alex (Tanney), very smart players and extremely professional and very talented players. I think with any young guy the biggest step usually is going to be from year one to year two. Now the next time when we come back, he’s going to – the next time is not going to be the first time, it’ll be how we did it last year, things like that, but he’s locked in like the rest of us this week.

Q: Obviously you have no control over injuries, but do you look forward to having Odell for a full 16 games and to see where that takes you?
A: Yes, very much.

Q: How much of a problem is it without him in the lineup for you?
A: Number one, the obvious, anytime there’s not a very talented player with you with his ability and not just talent, but football playmaking ability, I think it’s hard. But I think the other thing is we move guys around, too, to help fill his position or maybe take turns playing his position, so to speak. It also allows us to get the ball to other people and maybe find out a little bit more about them.

Q: I think everybody’s been impressed with how Saquon handled his success this year. How has he handled his, statistically, lack of it the last couple of games?
A: He’s really good about being the same guy. He’s very mature, he’s a very mature football player for a rookie. He’s very passionate about the game and he comes across, you guys obviously see him in the interviews, but as we see him in the building everyday and before the game, at halftime, on the sidelines, at the end of the game. You guys talk about his leadership, but it’s real and it’s very unselfish and it’s all about the team winning and whatever he can do. He never talks about himself. He always talks about ‘we’ and ‘us’, he’s a little beyond his years already in that regard.

Q: What have you learned about Eli Manning this season now that you’ve seen just about a full year and what are your thoughts on his ability to do this for another year or a few more years?
A: I think Eli’s been great. It’s been great working with him. He’s extremely smart, he’s the same guy everyday, he’s very talented and I feel lucky to coach him and I think I feel bad that we have one more game, we all have. We’ve been close on some and we know we all got to get better and I think we will and he will and as we evolve in this system and be around each other more.

Q: You think he still has it and will be around for a few years?
A: Oh yeah. 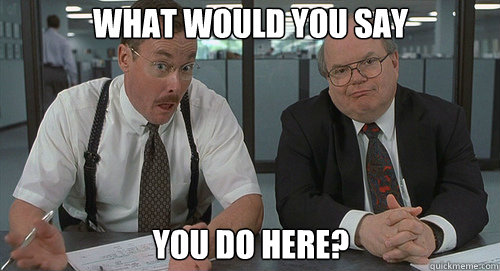