Just for the fun of it (another mock draft/free agency)...

Milton : 2/10/2019 5:57 pm
This time around I take all kinds of liberties with trades, contracts, etc. It's the Stand By Your Man version, where the Giants give Eli a two-year contract extension that creates an additional $8M in cap room and trade their 2nd round pick (37th overall), Landon Collins, and the 4th round pick they got from New Orleans (132nd overall) to Kansas City for their 1st round (29th overall) and 3rd round (92nd overall) picks. The Chiefs were supposedly offering their 3rd round pick for Collins last year so I would imagine the additions of Spagnuolo and Merritt would only increase his value in their eyes (if you’ll recall, Collins was the one who was vocal about keeping Spagnuolo as head coach going forward, and the Chiefs had trouble stopping the run last year, Collins’s strength). In addition, OBJ converts $15M of his 2019 guaranteed salary into bonus money so it can be amortized over the remaining five years of his deal, thus creating an additional $12M in 2019 cap room.

But you seem to be very happy with our current ILBs since you did not pick up even one via FA nor the draft.


I would, and at this point, if the Giants wanted him, they will need to trade up for him.

I would take Ferrell Burns and Polite over Gary who I think is one of the most overrated players in this draft.. I see a great athlete who is a average football player and is always battling injuries.. To me he is not a top 10 player .. Realistically what’s he gonna be in the NFL? I don’t see a sack artist I see a solid all around DL that’s his ceiling IMO
Gary is not always injured
dep026 : 2/11/2019 8:59 am : link
Get a fucking clue already.

He hurt his shoulder in preseason of his junior year, and played the first 7 games through it, then had to sit a few games and came back for the last couple.

What a shocker Mommy is here to suck off another Michigan player.. Gary is a average football player.. Where was he when Ohio State and Dwayne Haskins was curb stomping Michigan? On the sidelines injured.. like he would’ve made a difference anyway
RE: RE: Gary is not always injured
dep026 : 2/11/2019 9:19 am : link
In comment 14292966 GoBlue6599 said:


Wrong again. He played. He just had a poor game getting to him. He had 5 tackles on the game though. And as a premier run stopper, that is something we need.


I didnt say gary was fucking Watt you moron. Are you seriously this dense. You made a fucking stupid comment about Gary not getting to the QB and I showed Watt didnt either and using stats is stupid to evaluate players.


And I didnt say Gary was Watt anyways. I took a moronic take by him and showed how another player would have been viewed by him if he entered the draft.

Who are you Dep026 boyfriend? When did I elevate Haskins above his talent level ? His accomplishment speak for themselves.
Top 3 in the Hiesman
Big 10 offensive player of the year
4800 yards 50 tds
Smashing Drew Brees passing records
Should I continue.. These are all facts Hater
And yet, pretty much all of the professional talent evaluators
Bill L : 2/11/2019 10:11 am : link
have him as "best of a weak class". Because someone has to be.
when you start to refer to posters
dep026 : 2/11/2019 10:14 am : link
as gay or someone's boyfriend - it may be time to re-evaluate your life or maybe get one. 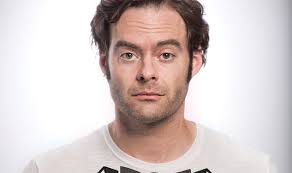