This is the time of year they announce...

...which team will be on HBO's Hard Knocks.

The 5 eligible teams are the Giants. Raiders, Redskins, Lions & 49ers but rumor is it will not be the 49ers.

How many honestly don't want it to be us?

I would love it.

I think its gotta come down to the Giants or Raiders.


Nah, almost every team did one of those.
The giants have to step their social media/YouTube game
90.Cal : 5/14/2019 8:46 am : link
Most fans want more of this kind of access. I would like to see more of the inner workings. The Giants 'path to the draft thing' was like 5 minute episodes compared to the Browns who had like 30 minute episodes. I hope we are on Hard Knocks.
If someone came to your job site with a camera running...
Milton : 5/14/2019 8:48 am : link
...don't you think that would impact your ability to fully focus on the task at hand? Especially if a big part of your job is to listen and learn.

I think Raiders are going to be the pick though. Gruden is great on TV and they have a whole bunch of their usual drama.
Raiders logical choice
Rick in Dallas : 5/14/2019 10:23 am : link
With Gruden and Mayock
This would be an ideal off season for the Giants to do it, if ever
Shecky : 5/14/2019 10:30 am : link
Lets be honest, no matter what Jones/Eli will become a distraction as the season goes on, even if Eli has an MVP type season. The Giants can turn that around into a positive, while negating the in season 'distraction'.

By appearing on Hard Knocks, the Giants can control the narrative. HBO can show eli in a very positive light, they cant create a story of him in a negative way even if they tried. Eli's personality that no one ever see's with his pranks. Eli as a leader. Eli as a mentor to Jones.The massive respect eli gets in and around Giants Stadium. Come regular season, no one will want to talk about Eli in a negative way. The national writers wont want to bring up the Jones is replacing Eli soon story. It will allow Eli to go out with a reputation nationally that all giants fans already know.

The Skins fit the bill perfectly. Dysfunctional organization with a big name owner, a coach with a recognizable name, a QB competition and their top pick (Haskins) being a guy who is actively trying to promote his brand and his image.
No fuggin' way in hell.
Red Dog : 5/14/2019 10:49 am : link
.
Honestly
Matt in SGS : 5/14/2019 10:59 am : link
I think HBO will see the Giants as too boring, which is fine for me. Gettleman has cleared out a bunch of guys who were happy to see their name in the news. Eli and Jones would be a compelling viewing experience, if not for the fact that both guys have a public persona which are pretty boring (though, in fact, Eli is a pretty funny guy and a big prankster on the team, but he will never show it). Jones talks just like Eli, so you won't get a brash, young QB like Baker Mayfield. Snore. I don't think those shows do anything to help a team win, and the Giants are trying to find a way to build a winner. Let HBO go somewhere else.

If I'm not mistaken, each team can remove themselves from the running based on certain criteria and/or once every five years (or something like that). I believe the Giants have already used their free pass to skip it, which is why they're still in consideration this year.
RE: Honestly
Dankbeerman : 5/14/2019 11:18 am : link
In comment 14443097 Matt in SGS said:


Im with you. Brown is worthy of his own personal show with all his antics. Add in Gruden and the fact that the Radiers are probably campaigning for it to build their team up prior to relocation which the NFL needs to go smoothly
honestly the Giants should just do it
bluepepper : 5/14/2019 11:26 am : link
and get it out of the way. This is a good boring year with no big expectations. Do it now and probably don't have to do it again for 20 years if ever. Also kind of lame how afraid they are of doing anything out of the ordinary.

As someone said Raiders are perfect choice for next year not this year. Would give them nice pub they need going to new town especially since Vegas is going to be relying on out-of-towners to fill seats.
DG and Shurmur
uther99 : 5/14/2019 12:23 pm : link 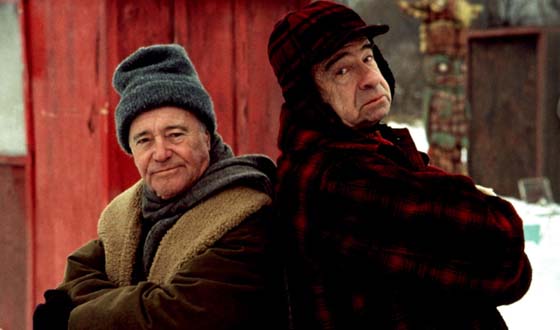 RE: This would be an ideal off season for the Giants to do it, if ever
81_Great_Dane : 5/14/2019 12:39 pm : link
In comment 14443030 Shecky said:
Can they? Serious question. I don't know who has editorial control of "Hard Knocks." I am guessing the team doesn't, but the league might. Or the league and HBO have some kind of partnership agreement so the league has some control. I can't imagine that either HBO or the NFL would cede editorial control to the team.

The whole point of "Hard Knocks" is to show a warts-and-all view of preseason and training camp. So the league has to be on board with a show that isn't always nice. Would the Giants be ok with that? I think that at the ownership level, they'd rather not be bothered with it, but they will bite the bullet if they have to for the sake of the league.
IDK ...
Beer Man : 5/14/2019 2:09 pm : link
HBO seems to always looking for something controversial to draw in viewers. Without OBJ around to stir the pot, the Giants are a very vanilla team. Hopefully, HBO will see them too boring.
I
mitch300 : 5/14/2019 2:14 pm : link
Enjoy watching it every year. I would love it if it was the Giants. Let’s see the inner workings of the organizations. Also cool coverage of the pre season games.
RE: I hope it is the Giants
bLiTz 2k : 5/14/2019 10:23 pm : link
In comment 14443005 jtfuoco said:


You want the Giants to be on Hard Knocks to stick it to their ownership? I swear everyday I find out there are more and more fucking mongloids that call themselves sports fans.
RE: This would be an ideal off season for the Giants to do it, if ever
Eric on Li : 5/14/2019 10:42 pm : link
In comment 14443030 Shecky said:


Agreed all around. This is the first year I can recall where I actually think it would be a good thing for this organization - inject a little energy and positivity, especially since it seems like there are a lot of guys who are easy to root for on this roster.

But no way any TV producer is going to willing choose to put Shurmur center stage if he has the chance at Gruden.
No interest in having the nfl cameras around distracting our team...
Torrag : 5/14/2019 10:45 pm : link
...it's a young group and they've got a lot of serious preparation ahead of them. Go to one of the zoo franchises and shit stir.