Breaker : 6/7/2019 6:56 am
Only two of three making the 53 man roster. C.J. Conrad being talked up because of his fluidity in routes during mini's and college and blocking capability. Can he push Simonson off roster or is Ellison vulnerable? Especially because of Ellison's cap hit. With Engram having nagging injury history, Giants need strong depth here with players that can both block and work their way open. Especially in Shurmur's offense. 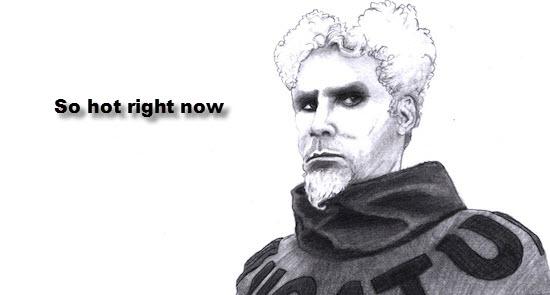 RE: They kept 4 TE
Milton : 6/7/2019 7:35 am : link
In comment 14465595 JoeFootball said:
They won't be keeping four if they're also keeping a fullback (Penny). I guess it's possible if they're all kicking ass on special teams.
Ellison is going no where this year
ZogZerg : 6/7/2019 7:57 am : link
I don't know which BBI group is worse...
The Jackrabbit being traded or cut for the last couple of years group or
the Ellison being cut group that's been active all off season.

Neither is happening, especially since Engram can't even practice 2 days in a row with shorts on.
If Conrad continues to improve his route running
Captplanet : 6/7/2019 8:03 am : link
and he shows an ability to block. He will be on the roster. There is no way the Giants put Conrad on the Practice Squad. Especially if the Patriots are still searching for TE's. The Pat's have a history of taking Giant TE.
Matt Laccosse(may be the best TE on team)
Will Tye
Jake Ballard
as was said on yesterday's Conrad thread
ColHowPepper : 6/7/2019 8:07 am : link
we won't know about Conrad until pads come on and there is live competition; aside from that, none of the three incumbents is so indispensable or good as to warrant an actionable pecking order.
My 3 TEs
Big Rick in FL : 6/7/2019 8:16 am : link
Would be Engram, Ellison & Conrad.

I see that Ellison cap savings net of dead money is 3.25mm this year, 5mm next. If they feel that Simonson is close enough to Ellison, I think unlikely Rhett is here.
Over The Cap - ( New Window )
Blithe statements about Simonson won't cut it
Bob in Newburgh : 6/7/2019 9:03 am : link
It is true that his 40 time indicates a lack of ultimate potential as a receiving TE. So does Conrad's for that matter.

But, he comes from a really small program, and he has the requisite size to block, and he has now kicked around the edges of rosters for a few years.

So as a blocker he may stink, or he may have realized that blocking is his ticket to a few years of NFL paydays, and he may have become a craftsman.

As a receiver he is always going to be singled up, so he will always be open in a number of planes. Are his hands good enough to secure the catch through immediate, often early with these refs, contact?
RE: as was said on yesterday's Conrad thread
Breaker : 6/7/2019 9:13 am : link
In comment 14465613 ColHowPepper said:


Saw that afterward. Apologize for starting repeat thread.
TE is still part of the OL
K-Gun? Pop-Gun : 6/7/2019 9:23 am : link
Let's see how that part works out.
Never saw much in Simonson
ChicagoMarty : 6/7/2019 9:24 am : link
They need Conrad's playmaking skills should Engram get injured or perhaps I should say when Engram gets injured.

Should Conrad really sparkle in preseason then a case probably could be made for trading Ellison to the highest bidder.

Engram and Conrad would be enticing on the field together.

I would also put a plug in for Garrett Dickerson. I think he gives you everything Simonson does plus. In fact, he reminds me of Ellison.

So I could see the Jints retaining a TE trio of Engram, Conrad and Dickerson while also keeping a FB and six wr's instead of five.

You start with the starters Tate and Shepard.
Add the size guys in Latimer and Fowler
Then add the speed guys Coleman and Slaton.


But the money isn't necessary this season. They will keep whoever is better now and worry about next year's cap hit next year
RE: Never saw much in Simonson
HomerJones45 : 6/7/2019 9:31 am : link
In comment 14465673 ChicagoMarty said:
who will be double teamed since no one will give a fig for any of those wideouts as none of them will draw a double. Worst group of wideouts in the League.
Just a thought that if your RB
idiotsavant : 6/7/2019 9:52 am : link
Is the best player on the team, you might value in-line run blocking from the TE, and that in-line must be vastly different from taking out safeties while running in space.

Just as one has divergency in linebacking (zone pass defense or at times up on the line run defender... divergent body types usually) you also have a divergent weights and heights for receiving tight end and in line blocking end, and it's ok to see it as different players unless you find the rare blue goose.
Ellison contract was an overpay, but not a major one
Torrag : 6/7/2019 10:00 am : link
While I don't like his cap number of $5.7M for 2019 I like his dead cap hit of $2.5M even less. He's a good enough player that it's not worth absorbing that loss this season for a problematical gain.
RE: Ellison contract was an overpay, but not a major one
Breaker : 6/7/2019 10:09 am : link
In comment 14465733 Torrag said:


Agree. He has best combination of blocking skill set, experience(especially with Shurmur), and is no worse than an average receiving tight end if utilized correctly.

I think management and ownership want to show marked improvement this year in record to keep momentum building and show progress. Will keep players who are marginally better even though having larger cap hit if not outrageous.
ellison is like jenkins and martin
GiantsFan84 : 6/7/2019 11:40 am : link
they will all be here this year and be gone next year


They kept four TE's and a FB last year. They may do some finagling if, say, they keep Rod Smith and cut Elijhaa Penny, but we'll just have to wait and see.

Bigger questions are how many RB's and WR's will they keep? Last year it was three RB's (but mostly two after Stewart went down, with another one on the PS), and seven WR's. This year, with a healthy Perkins in the mix along with Gallman, Hillman, Smith, and Penny (and Barkley, of course), who knows? At WR, after Shepard and Tate, your guess is as good as mine.
Simonson brings nothing
Vanzetti : 6/7/2019 1:36 pm : link
To me, he was like Curtis Riley, a guy Gettleman kept around because he found him.e is the definition of JAG
RE: Simonson brings nothing
Klaatu : 6/7/2019 4:34 pm : link
In comment 14465978 Vanzetti said:


Blame Deshea Townsend for Riley. I'm sure he vouched for him to Dave Gettleman.
Heard Bill Polian on NFL Radio this morning talking about depth.
81_Great_Dane : 6/8/2019 12:11 am : link
He said that once you identify your core players (He identified 10 Colts from his time they considered "core" or "stars"), if you want to keep them, you can't have veterans making $3-6 million as the backups. In that situation, he said, you can only take guys who are basically at the same level but paid less which usually means they're on their rookie contracts. And that, in turn, means you have to turn over most positions every four years.

By this thinking, Ellison is exactly the kind of guy you can't keep as a backup — if you have stars you need to pay. He's a veteran making over $5M. However, the Giants may be able to keep him anyway, because 1) They don't have a bunch of veteran stars to pay. They may have that problem starting in a few years, but not now. And, 2) Ellison is sort of a half-starter, because Engram is a different kind of player and has missed time with injuries.

The other two guys should be cheaper and that may end up being important.
I mean
idiotsavant : 6/8/2019 11:14 am : link
Do you really need 3 to 4 of close quality and for the exact same type or shooting for same exact function?

Most teams know they loose if the QB goes down, or have variety in wrs, why not have two receiving tight ends and two inline blocking tight ends.

I get that you have a system, but most teams carry injury risk with regards to running certain plays in order to have the balanced fundamental roster and for us that means running the ball with barkely.


Lots of great points in here. Mike Lombardi on his podcast talked about defending TEs and how much easier it is to defend against TEs that have only one of the two essential skills (catching and blocking).

In that sense, Ellison may be more valuable to the team in the long run than Engram, although Engram's speed and receiving abilities are greater, which is why I think this year is huge for Engram. He'll be going into the extension window, wasn't drafted by DG (we know what that means) and has a history of injuries. (He was sidelined this week with "soreness.") Engram should be motivated to have a big year. Once the team gets a reliable deep threat WR and does more RPO with Jones, the team needs from TE1 may change, so Engram's time is now.

Based on what I've read, Conrad has a higher upside than Simonson so I think he's likelier to make the 53.