Anakim : 6/15/2019 10:49 am
My firm is part of a corporate softball league and we've played a few games already, but I realize I don't have a consistent batting stance. I feel like I've at one point or another used the stances of Piazza, Sheffield, Burnitz, Bagwell (well, for one pitch, at least), Baerga...I think I even tried Mo Vaughn for an at bat. Haha 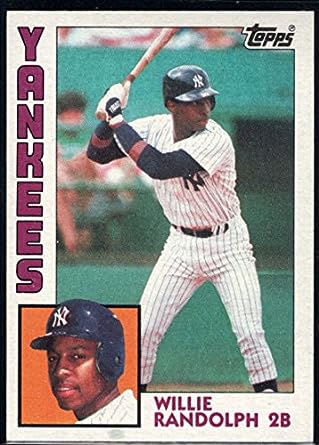 sidenote - These are strictly wiffle ball examples.
The Bernie Williams stance
beatrixkiddo : 6/15/2019 2:12 pm : link
I went to a baseball camp when I was a kid to This old guy who coached up Bernie on his stance. Really for slow pitch it doesn’t matter though, whatever your comfortable with.
Mo Vaughn
pjcas18 : 6/15/2019 3:34 pm : link
was a lefty.

It's two separate actions. Get your front foot down, load, then comes the swing.

Works for baseball, works for softball.

I remember watching Craig Biggio leading off against Greg Maddux. He literally put his foot down, and there's nearly a two second delay, and his bat came thru the zone and he homered. Classic.

Don, in his first year in the Majors is getting ready to start a game in Fenway against Ted Williams and the Red Sox. Ted is in his last year. Don calls his father the night before, and his father says, when discussing how to pitch Williams: "throw him only junk down and away and if you have to walk him every time, walk him but DO NOT throw him fastballs and definitely not inside". Williams gets up for the first time and Don, not listening to a thing his dad told him, proceeds to throw Williams three straight fastballs on the inside of the plate and Williams, who never takes the bat off his shoulders, strikes out on three pitches, Don noticing that Williams is visibly angered as he goes back to the dugout.

In the fourth inning, Williams is up again and Don figures he's going to continue to ignore his dads advice and throw fastballs inside. With the first fastball, Ted Williams parks it in the right field stands for a long home run and as he's rounding first base, he points at Don and says "I've hit a home run off of your old man, and now I've hit one off of you, YOU MOTHERFUCKER!!!" True story from the mouth of my patient Don Lee....Happy Fathers Day to every dad out there.