Thanks!
I need to go
BigBlueDownTheShore : 7/10/2019 3:53 pm : link
my last name is a town there.
Brother in law lived
Koldegaard : 7/10/2019 3:58 pm : link
There for 6 years, let me know if nobody has any info.
I head to Oslo
Nick in LA : 7/10/2019 4:00 pm : link
every year to visit my brother and go to a music festival. I have also been to Tromso and Trondheim as well as some small countryside towns. Oslo is a really cool city with an emerging restaurant scene. The viking ship museum is very cool, its unbelievable they crossed oceans in those ships. Get out to see the Fjords when you are in Bergen. Ćgir Brew Pub is one of the most amazing places. Right on the water in the fjord.... you have to make it there. Enjoy the countryside in that country. It is one of the most beautiful places on earth.
Bring lots of money
ZogZerg : 7/10/2019 4:03 pm : link
Oslo is very expensive.
A very nice City though.
RE: Bring lots of money
Nick in LA : 7/10/2019 4:05 pm : link
In comment 14496130 ZogZerg said:

We stopped at Flam and did the FjordSafari and honestly, it might have been one of my favorite things I've ever done. It's not a cruise, you get on this small motorboat and spend like 3-4 hours out on the Fjord. I can't recommend it enough.

We ate at Galt in Oslo. Not sure if you're into fine dining, but if you are, I'd recommend it. It's very expensive though.

The weather is butt raping awful, one of the grayest and consistently rainiest places on earth.

Seattle by comparison to Bergen looks like the Costa Del Sol.

The Fjords are lovely though, go on a boat trip, bring plenty of warm clothes and rain gear.


I haven't seen any of that season yet; haven't tried to watch them on the website. I am DVRing anything new on NYC-area PBS but they aren't up to that season yet. Maybe I will check some out online.
RE Norwegian cooking, I have never followed any Scandanavian
BlueLou'sBack : 7/11/2019 5:57 pm : link
chef or cooking show, but upon arrival in Oslo (and then after 1 night there taking the train trip to Bergen) when we began to prepare for our Passover Seder feast (at a house nestled along a fjord - gorgeous location) I could not BELIEVE how impoverished the supermarket shelves were of produce. I mean, having grown up in NY and NJ, then living the rest of my life in CA and Israel, I had no idea northern climes like Scandinavia had such a piss poor selection of fresh vegetables and fruit on the shelves in early Spring.

Forget, and I mean forget, CA spring produce like asparagus, sugar peas, artichokes, strawberries and Israeli items like strawberries (that can start in late January near the Dead Sea or Eilat) and "shesek" or Loquat. Or things left over from December and January like avocados and the wide variety of citrus fruits or kiwi fruit.

I don't think Norway is anyplace for anyone who enjoys cooking or eating, even if not nearly so much as I do.

I guess it's better to visit late June through September so far as fresh foodstuffs are concerned.
RE: RE Norwegian cooking, I have never followed any Scandanavian
BronxBob : 7/12/2019 10:51 am : link
In comment 14496878 BlueLou'sBack said:


Did you only try shopping at supermarkets? Growing seasons might be shorter and fewer there. But there could be numerous reasons why you were unable to find sufficient produce when and where you were shopping. Agriculture and fishing are major industries there; or at least fishing is major; agriculture might be more regional.
BronxBob - I wrote above that PRODUCE was incredibly impoverished
BlueLou'sBack : 7/12/2019 11:13 am : link
in early Spring. That means vegetables and fruits, those food items specifically lumped together. Fish was excellent and fairly priced and available at a street market in Bergen, IIRC once weekly but perhaps every day. Meat from the supermarket was a broader selection, better quality, and cheaper than Israel (which isn't saying much as the Kosher qualification eliminates half the cow in Israel, the back half.

We enjoyed excellent lamb for the main course of our Passover seder. But the veggies to go with and fruits for afterwards or breakfasts during our 3 night stay along the Fjord were minimal. Cheese selections are very good, with Scandanavian products, Dutch, German and French all available (though not the full range of French.)

But Israeli's especialy one with ties to North African cultures (my wife and bro-in-law's parents) eat a lot of salads, and at every meal, including breakfast.

The lack of variety and quality of the produce was almost literally shocking to me.
Did this trip a few years ago with my inlaws
slov72 : 7/12/2019 11:13 am : link
we started in Oslo, spent about 3 days visiting the city and museums (the Viking museum was really cool), then took the train to Bergen which is an amazing trip. Once we got in Bergen we rented a car and drove up to Geraingerfjord. In Bergen we ate at this amazing restaurant that you need to take a boat to called Cornelius. On the way to Geraingerfjord we stopped at a stave church (can't recall the name off the top of my head but I believe it is the most famous one). Geraingerfjord was the most stunning place I have been on earth. It is absolutely perfect. We went in early June and the waterfalls were in prime condition, later in the summer they somewhat dry up. The weather was great (in the 70s most of the time with the coldest day in the high 50s). After geraingerfjord we traveled via the trollistegen to Alesund. Alesund was another great little city with a coastal feel and beautiful sunsets (at 2 am). There was a neat museum here that was outside and showed different ways of life in the area through the ages. My wife and I left from Alesund but my inlaws continued to Trondheim via the atantic road and they reported that it was another stunning vista. The only thing that I regret is that so much time was spent in the car that we didn't get to stay in places like Gerainger or Alesund another night or two to get to explore even further.
Wondering why
slov72 : 7/12/2019 11:15 am : link
you chose November to go, it will be dark most of the time and rather cold.
RE: In case you’re interested in the coastal cruise...
slov72 : 7/12/2019 11:16 am : link
In comment 14496336 Big Blue Blogger said:


I would second this as the traveling is done at night and you get more time to enjoy the sites.
We flew into Oslo
Jan in DC : 7/12/2019 11:17 am : link
took the train to Bergen and then rented a car there. Renting a car in Oslo and dropping off in Bergen had a $300 fee associated with it, so it definitely wasn't worthwhile to do that. But driving around the country was amazing (though there are a LOT of tunnels).

I second going to a stave church. We made sure to stop at one and it's amazing.
I've heard incredible things
santacruzom : 7/12/2019 1:43 pm : link
about the Bergen-Oslo railway.

Maybe it's too obvious to mention, like saying, "Check out this thing called the Eiffel Tower while in Paris!" But I thought I'd bring it up since no one else has yet.
oh, I guess Jan mentioned it just above
santacruzom : 7/12/2019 1:47 pm : link
How was that train? Some people claim it's the most breathtaking train ride in Europe, which is saying something.
alright I see multiple mentions of the freaking train ride
santacruzom : 7/12/2019 1:51 pm : link
Forget I said anything. 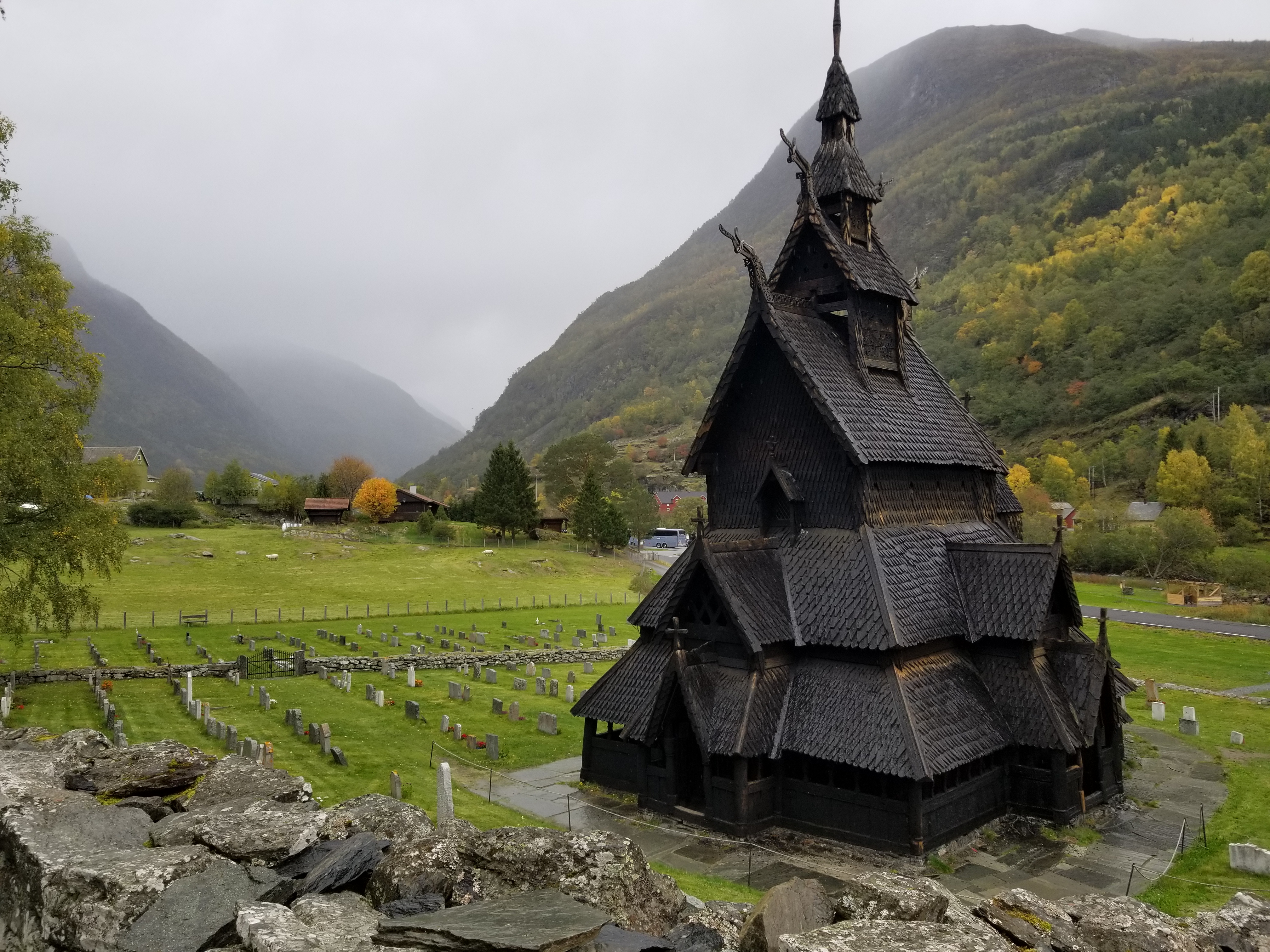 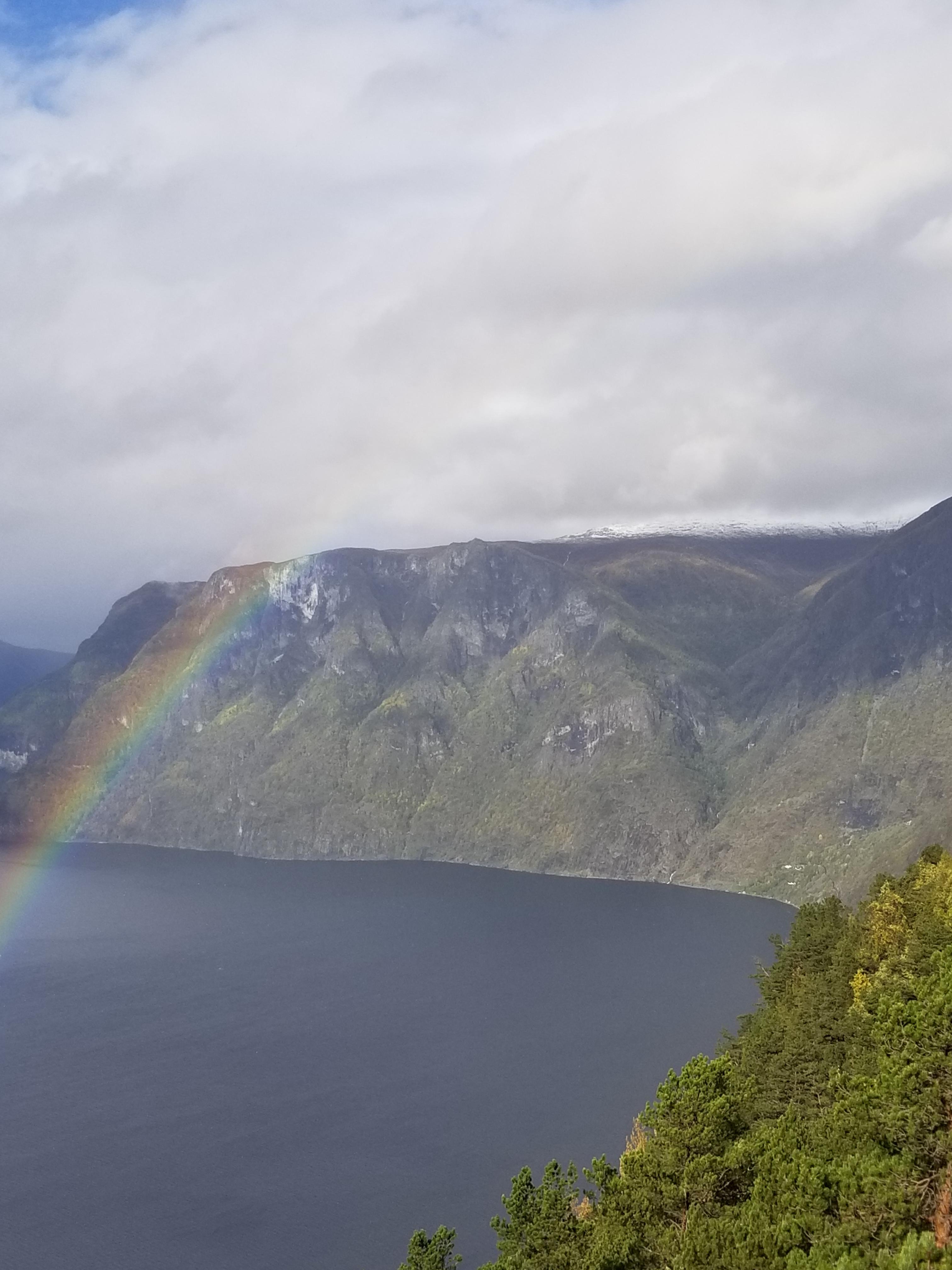 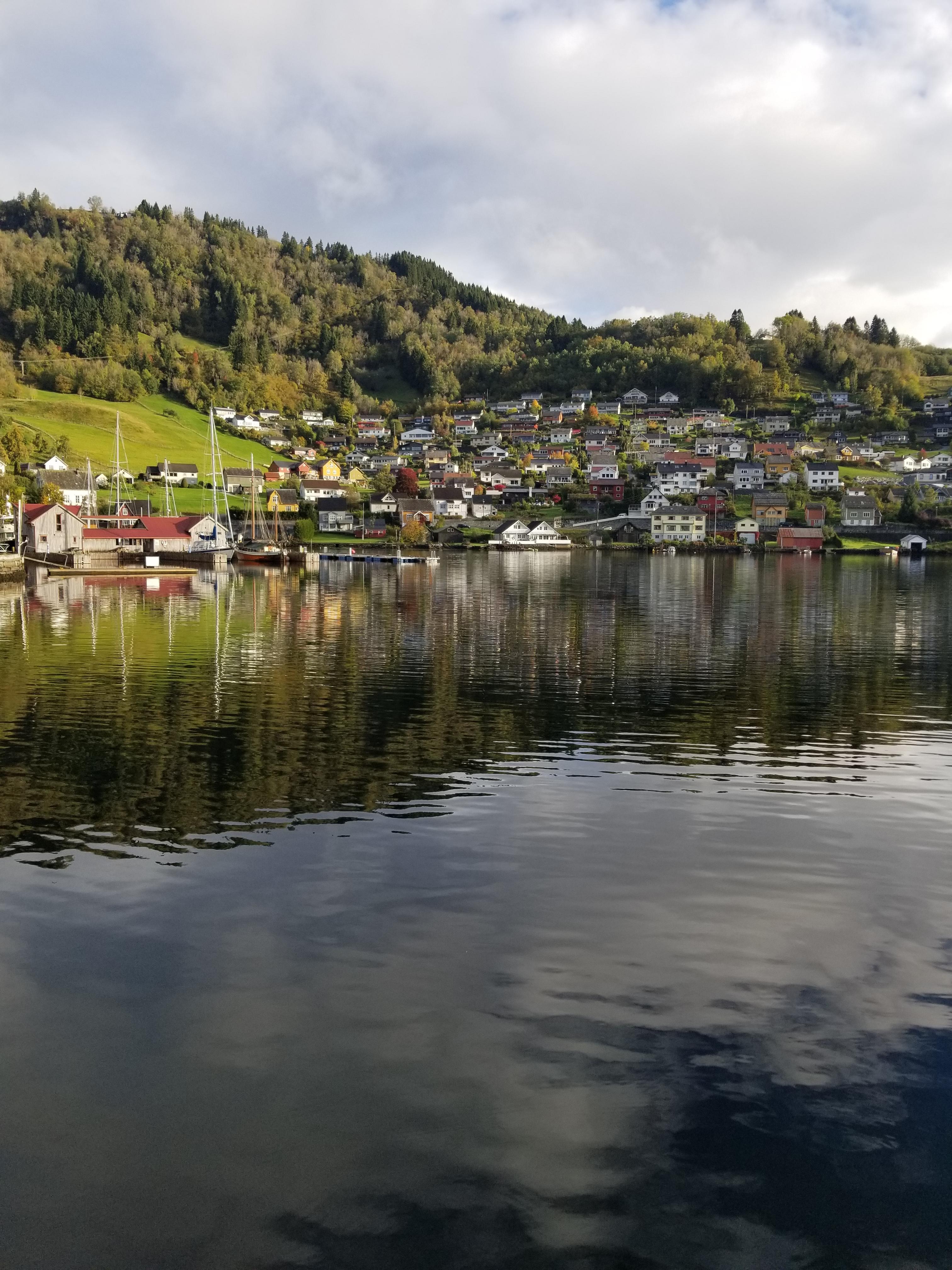 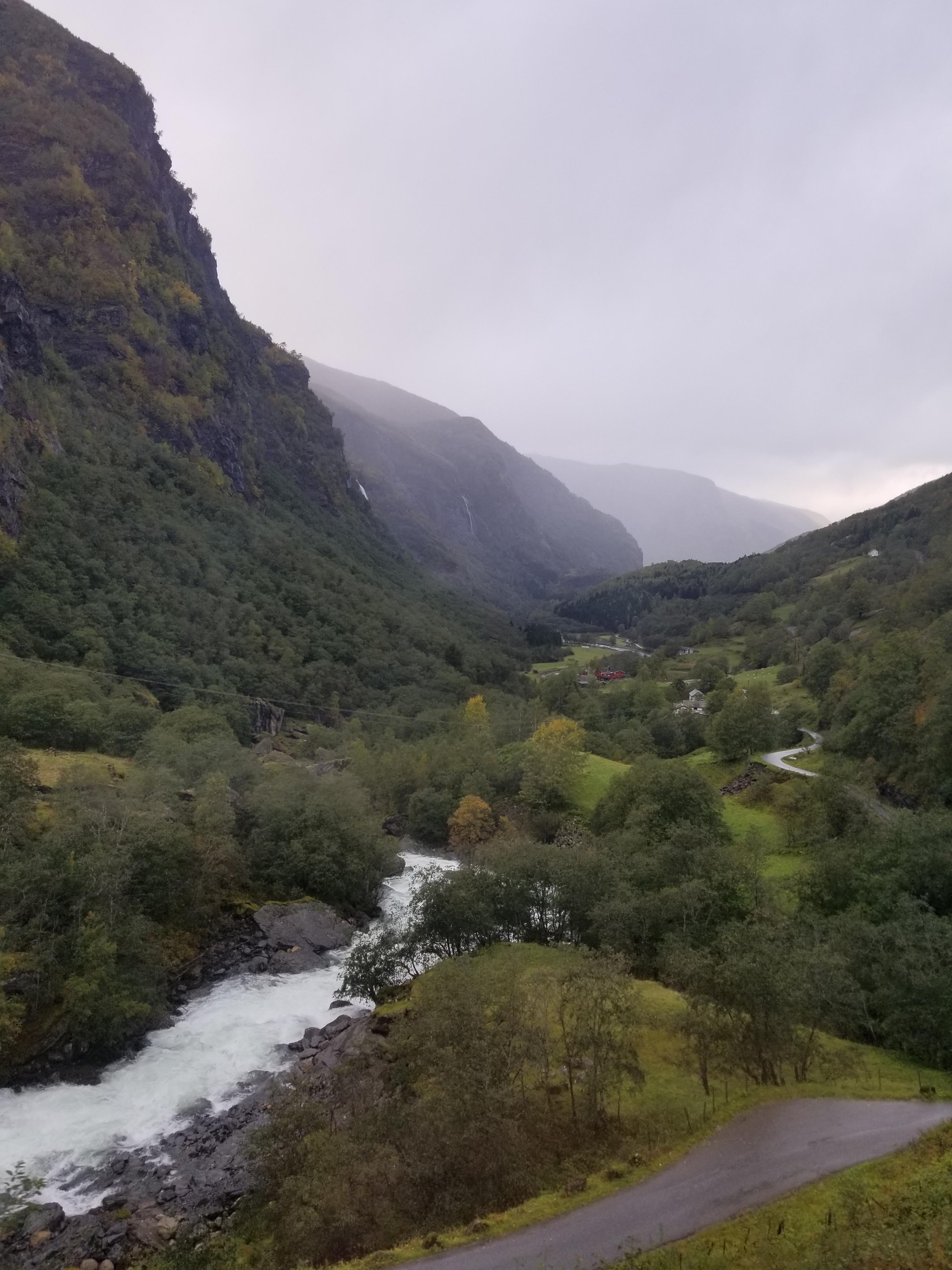 
Not doubting you. The program I mentioned features plenty of farm products, both dairy and produce. But as I said before, the growing seasons can't be very abundant; and what's produced might not travel very far. It's unfortunate if the country can't produce as much produce [oh, sorry!] as people would consume--but IMHO that's not sufficient reason to suggest any general negativity about the quality of the contemporary cuisine there overall.
Don’t forget
Nick in LA : 7/12/2019 9:21 pm : link
To take in a live show with some of the local bands... like Taake. 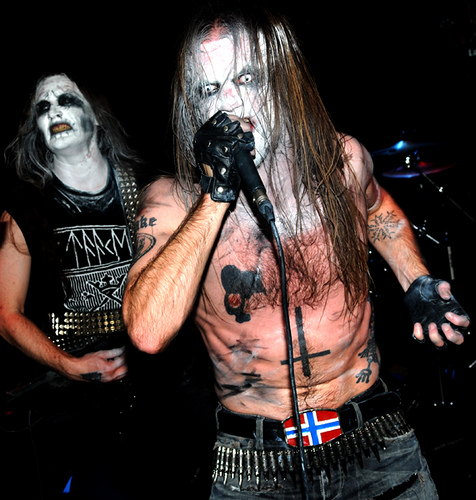