NFT: What is the definition of bannable political content

However I was surprised that the Master List of Offensive Items thread survived last week. Granted, that one didn't turn into a complete mess the way these threads tend to go.

Talking about whether or not the Betsy Ross flag is an offensive symbol now, and what is happening at the border was ok.

And I assume anything about specific political persons, or parties is off limits.

That leads me to my question posed in the title.

Where exactly is the line drawn? 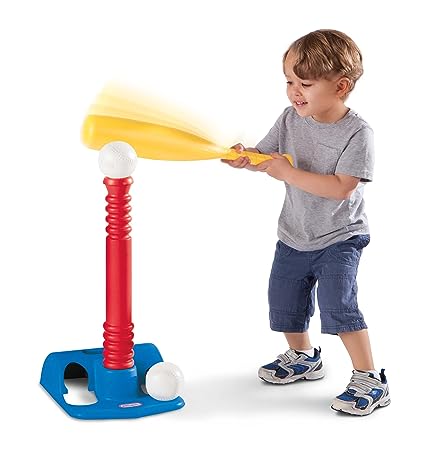 
That is not a libertarian view. I won't comment any further since you are venturing into the exact area Eric asked everyone not to, but I don't think you have a solid grasp of libertarian and conservative.


Changing the emphasis to address something never asked is a good tactic. I admire that.
I'd..
FatMan in Charlotte : 7/12/2019 12:38 pm : link
rather he name a political thread I've started since he explicitly calls me out for it.

Not just that I've started political threads, but that I'm too ignorant to realize it!!
RE: RE: I think part of the problem is that
HomerJones45 : 7/12/2019 12:44 pm : link
In comment 14497125 LakeGeorgeGiant said:
Comparative negligence IS a defense so yes, it is possible to defend on the basis that the person hit should not have been there in the first place. On this site, the Mods are the judges and they are hardend and cruel in acknowledging any defense.


The Constanza theory - "Jerry, it's not a lie if you believe it"

If you are a fiscal conservative, you should realize the state should not recognize or oversee a non productive social arrangement like gay marriage. It's a sentimental issue appeal to emotionalism used buy our scum aggrandizing politicians and media.
OK, so we agree then
Greg from LI : 7/12/2019 1:30 pm : link
Was that so hard?
Making money on kids....
BamaBlue : 7/12/2019 1:33 pm : link
not a chance. From the financial standpoint, being a parent is like being the CEO of a disfunctional not-for-profit organization.
RE: OK, so we agree then
adamg : 7/12/2019 1:35 pm : link
In comment 14497438 Greg from LI said:

Please don't get me wrong, I thought the thread was interesting and was glad to read it.

That said, Kaepernick has not been a football player for several years. At the same time he is a public figure, and has most certainly taken a public political stances, and represented a specific political ideology. It could easily be argued that at this point he is more a political figure than a football figure.

I will grant that the exercise I just went through, is largely the same exercise that the specific political ideology goes through when they express outrage. I only do it to point out that, while I understand that you and possibly many others do not think that you were being political, those subjects can be a lightening rod for others. Which brings me full circle to the point of this thread. I am still not 100% clear on where the political line is drawn. I am perfectly happy to say that the Master List of Offensive Items thread is OK, but it pushes up against that line. As I said, I found it to be an interesting thread. I did not see the Rapinoe thread...
My point is that..
FatMan in Charlotte : 7/12/2019 1:46 pm : link
Kaepernick is making a social protest - not a political one.

He is not calling for political action - he called for Nike to stop production of the footwear. Just like I wouldn't call wearing pig socks a political protest - but a social protest and a horrendous fashion choice.

There were others on that thread who took the political route. I will rarely get drawn into those discussions.
Farmers Market
figgy2989 : 7/12/2019 1:46 pm : link
That is where the line is drawn.
McL I think is stumbling on the idea
adamg : 7/12/2019 1:47 pm : link
that what is deemed "political" is one sided. Which is fine. It's not my website. (If it were up to me, there'd be no off-limits.) I just won't engage in non-sports threads then. Obviously, I'm a shit list for having a different opinion than the deemed non-political ones. That's fine. But, you might want to add that to the rules. Good luck on wording that.
I remember before the ban....
Tesla : 7/12/2019 1:48 pm : link
reading the political posts of some posters I really liked and realizing what A-holes they were.

So the ban is better, I'd rather be ignorant and enjoy the posts of people who I might otherwise find pretty repugnant. Ignorance is bliss.
What about
pjcas18 : 7/12/2019 1:49 pm : link
Pho outrage?


That's me when I find out the meat in my pho is tripe.

stupid menus with pictures only.
Faux..
FatMan in Charlotte : 7/12/2019 1:51 pm : link
outrage isn't political nor does it lean to a certain political ideology.

For most purposes, it refers to Social Media Warriors, of which I assume span the spectrum of beliefs.

But for arguments sake, I like pj's take better....
Also, everything is political now because we are....
Tesla : 7/12/2019 1:55 pm : link
not really one country any more....we are two divided nations being forced to live together. What the hell does some professional in NYC have in common with someone who lives in rural Mississippi? Forget belonging to the same political party, we don't read the same news, watch the same shows, enjoy the same actives or share any common values. The NYC person has far more in common with someone who lives in London than Alabama.

America is basically like a couple in a bad marriage who refuses to get divorced because neither wants to give the house to the other one.
RE: My point is that..
BamaBlue : 7/12/2019 2:04 pm : link
In comment 14497467 FatMan in Charlotte said:


"Recognizing it" has no fiscal impact. I never said they should oversee anything.

Politics like anything else should be a negotiation where both sides get walk away with something. Unfortunately, that is no longer acceptable. You have to completely win in politics and your opponent is not allowed to also be happy with the end result.

Look, I get it, I am not arguing one side or the other.


You have injected your political pov into threads. You seem to simultaneously not recognize those posts as being political (and they are) while at the same time trying to believe that only posting within a conversation but not starting the conversation immunizes you from being political (it doesn't).
RE: RE: What about
pjcas18 : 7/12/2019 2:24 pm : link
In comment 14497540 Bill L said:


And there are plenty who believe Kaepernick is a political figure... Here is just one of 100s of articles you can find if you google "kaepernick politics".

My favorite chinese noodle soup is chock full of stewed beef tendons. It's a collagenny masterpiece. But tripe is also good in soup too. And there's a spicy tripe they always serve in dim sum houses that is great.
It's like..
FatMan in Charlotte : 7/12/2019 2:37 pm : link
you just want to argue for the fuck of it:

And if you google "Kaepernick dickhead", you'll get 100's of articles and some really interesting pictures.

It doesn't really matter if people "believe" he's a political figure. That alone doesn't make him one. He protests shit - sometimes stuff he doesn't even himself know what the fuck it is. Police. Treatment of minorities. Symbols. National Anthems. The game of football.

He is not a political figure. Are you really insinuating that because articles exist on the Internet that he is? You can find an article about almost anything!
RE: RE: Also, everything is political now because we are....
.McL. : 7/12/2019 2:39 pm : link
In comment 14497550 Klaatu said:

Why is what Tesla said a crock... And you are right we have been fighting since before we were a country. I don't see the 2 points as mutually exclusive. In fact, many of the central themes of the fight, have been roughly the same for over 250 years.
For the record, I like both tripe and liver.
Klaatu : 7/12/2019 2:39 pm : link
Never had scrapple, though.
OT
crick n NC : 7/12/2019 2:40 pm : link
Does anyone know why I keep getting penal booster surgery ads on this site?!

As usual, you are so wrapped up in your personal point of view that you completely missed the point. In this thread, I could not care less about what your personal opinion of Kaepernick is. Nor do I particularly care about the opinion of the article I posted. The point is, and you have perfectly illustrated it, is that there are opposing views of this.

The fact that some, in fact a large number of people, do believe he is a political figure gets to the very heart of this thread. As I said, what is political vs. apolitical is in the eye of the beholder.

And yes I am playing Devil's Advocate here. I am not expressing a particular political opinion, nor an opinion of Kaepernick. I am not arguing with your specific POV of him.

The point I am driving at is this:

Does a thread about a protest started by a figure such as Kaepernick, who some view as political and others couldn't give 2 shits about him and so they don't view him as political, count as a political thread or not. As I said, I am perfectly happy to say that it doesn't. I am just looking for clarity.

Though I loathe the way you behave on this site, this thread is not an attack on you or your POV of Kaepernick.
If you can answer the question,
Bill L : 7/12/2019 3:00 pm : link
and you have

Well if people are going to get banned, and there is a gray area, I think its important to explore it.

Perhaps, the gray area threads are simply monitored to make sure they don't get out of control. If they do, then they are deleted and the out of control individuals are warned but not banned. I don't have the answers, but I felt it was worth exploring.
But if political is in the eye of the beholder
Bill L : 7/12/2019 3:17 pm : link
then that's always grey, it's always subjective and decisions are always due to whimsy. I think all of that is stuff you already know.
Pages: 1 2 3 <<Prev | Show All |  Next>>