A shame that a few people crying changed the course of history. In no shape or form should a 5th set end in a tie breaker.

The Golden Era of tennis.


Wimbledon and the US Open always drive me crazy with the over the top Federer love. The guy is a great champion, but my goodness, even American players don't get the majority of crowd support when they play him here.

As for the match, Djoker won a classic with his greatest strength... mental toughness. Fighting back against 2 championship points and 2 break points was unbelievable. It was just great tennis by two legends.
Terrific match...
bw in dc : 7/14/2019 6:15 pm : link
Hard to believe Fed had two match points on his racket and couldn’t convert.

Actually it’s unreal he lost at all. Fed won every key stat except unforced errors, and he was only minus 10 in that. More aces, more winners, better first serve %, better %s on first and second serve winning %, plus 4 in break points, more points won, more games won, less doubles, etc.


I wouldn’t say one was better than the other. But winning tie breakers sometimes isn’t an indication of who played better. The 5th set tie breaker was just an atrocious idea.
And Federer didn’t lose this either
dep026 : 7/14/2019 7:00 pm : link
I know he had two match points but both players came back from 40-0 or 40-15 multiple times and even broke each other a few times.

Still pissed a tie breaker decided that. I wonder if soccer fans hate penalty kicks cause it just leaves an empty feeling.

Look at what hockey does. Penalty shots during regular season, scratch them for the playoffs.
You don't like tiebreakers at Wimbledon? Blame this guy...
shockeyisthebest8056 : 7/14/2019 7:08 pm : link 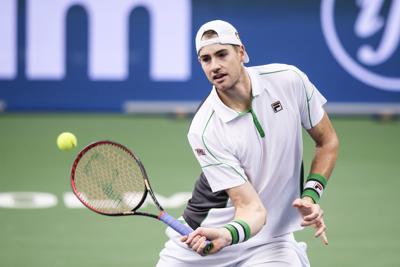 
I understand why they didn’t but there was no way this was going to be much longer of a match. Both had chances to break a lot during the 5th set. Like someone said, forget tie breakers in like the quarters or semi’s at least.
And unless both Nadal and Joker
dep026 : 7/14/2019 7:12 pm : link
Fall off a cliff, they will both pass Federer in majors soon. I think Joker will end up with the most because of his hard court dominance. Only thing that can stop Novak is another back injury.
RE: RE: You don't like tiebreakers at Wimbledon? Blame this guy...
dpinzow : 7/14/2019 7:19 pm : link
In comment 14498749 dep026 said:


I challenge you to find another major men’s final where the winner lost all the key metrics like Novak...and won.