robbieballs2003 : 7/13/2019 10:29 am
Great news on the injury front. Luke Voit is activated. I know some were worried that he wasn't activated yesterday but this should alleviate any concerns. 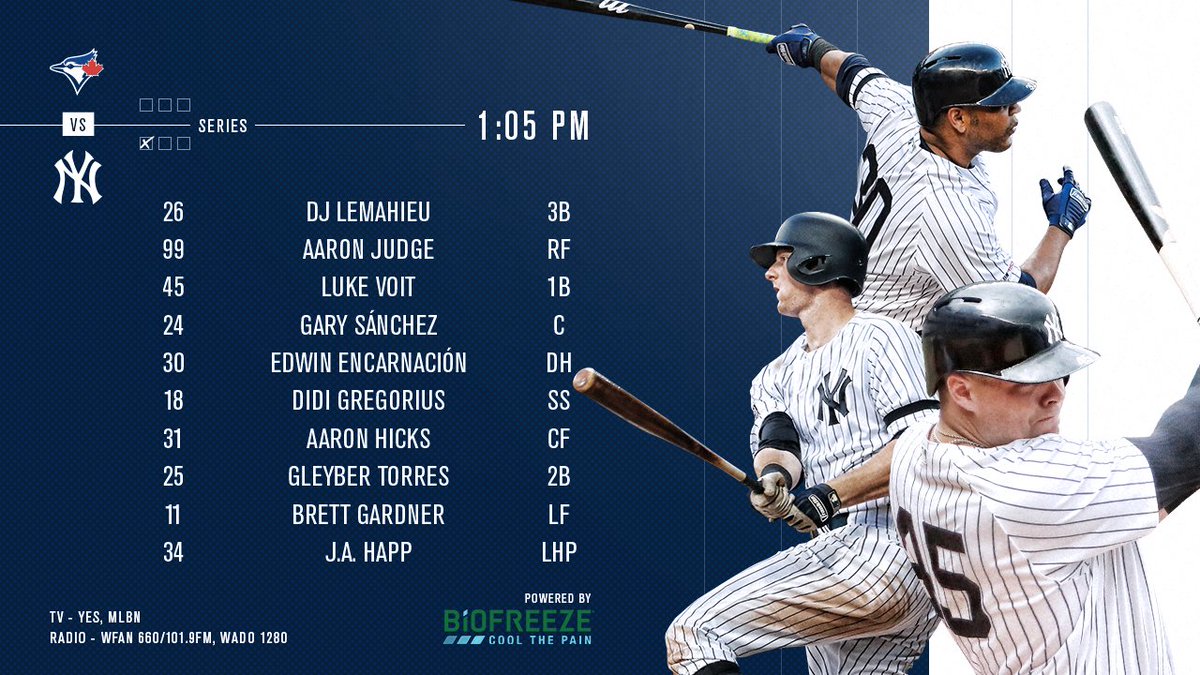 
Seriously. The man gets umped more than any player I can remember and I honestly can't figure it out.


I agree with that. One of these times I'd like to see Boone just lose his shit at an ump, and make a big deal of it after the game. Take the fine and maybe, just maybe someone will see he was right and do something about it. Whether that be Joe Torre, Manfred or the head of the players assoc.
It's almost...
FatMan in Charlotte : 7/13/2019 3:42 pm : link
like Judge is targeted for shitty calls because he doesn't react.

The thing I don't get with Judge is he's one of the stars of the game. You'd think for the betterment of everyone they'd want him getting a fair shake. We're not asking for calls he doesn't deserve just give him the calls he does deserve.
RE: RE: It wouldn't accomplish anything, but I'd feel better if Boone...
Eman11 : 7/13/2019 3:59 pm : link
In comment 14498113 Percy said:


Disagree. Billy Martin, Pinella, Showalter and Girardi went off on umps big time and it never went against any Yankee way.