pjcas18 : 8/12/2019 9:09 am
I think Corey will announce two per day over the next few weeks/to month (I think one a day), so while it is behind the Athletic paywall (which as a side note broke my lifelong rule of never paying for content on the Internet and it's some of the best money I have ever spent) I feel like we can discuss it if people want as he reveals his list.

This should bring us into the pre-season.

I have posted some other rankings (Sportingnews - which was free).

But Pronman will go into much more depth about the systems. I will not on this thread except for the teams people have interest on here and I'll just be mostly parroting Pronman or others (Wheeler, etc.). I haven't seen many of these guys play ever.

Hard to argue with either - the Caps won a cup a year ago and the past few years I've had the Flames as one of my breakout teams. A lot of good youth at the NHL level, just haven't found consistency in the net or the ice.

And he is going to get a lot of shit from his teammates about that mustache. I read they're going to name him captain. 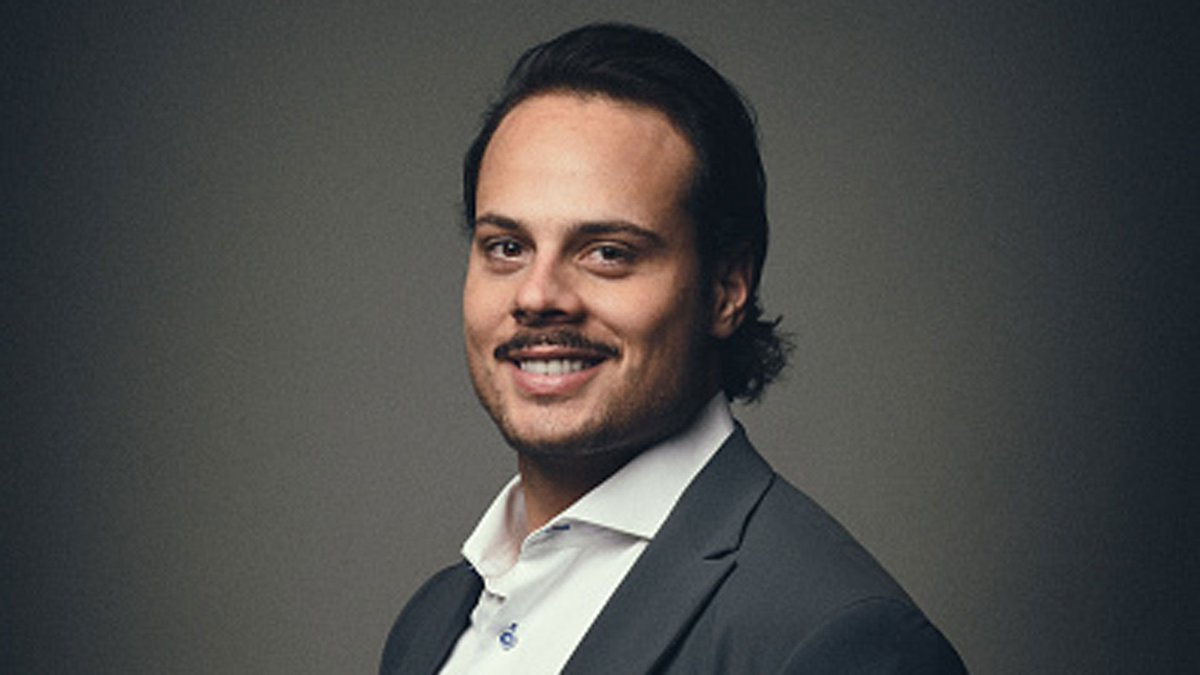 
Mock turtle and a herringbone chain and he's every drug dealer from late 80s after school specials. (zubaz pants optional)
I see a divorce coming in TOR
pjcas18 : 9/11/2019 4:13 pm : link
and it doesn't make me sad at all. and I normally don't comment on players and the $$ of their contract, because it's private IMO and their reasons are their business, but Marner seems to be getting bad advice.


no one really can unless he wants to get shipped out to Ottawa or maybe he gets traded for Laine or something like that.
This guy breaks the situation down nicely, IMO.
Mike in Long Beach : 9/11/2019 5:20 pm : link
Apparently this has gotten very personal for Marner's camp, and they're making a lot of lofty comparisons the Matthews. They feel insulted he's being considered "second fiddle"
More detail on it here - ( New Window )
Hard to argue with this
pjcas18 : 9/11/2019 7:44 pm : link
Leafs needed D and to sign their own, instead...

Nik- #HereWeGo (0-1) #SHALIEVE
🦁
@NikkF07
Gallo: So was caving to Nylander the mistake or giving Matthews a 5 year deal the mistake?

Special NHL prospect: Projects as a true NHL star, someone who is among the best players in the league.

Elite NHL prospect: Projects as an impact player, someone who is top 10-15 percent in the NHL at his position.

High-end NHL prospect: Projects as a first-line forward or a top-pair defenseman.

Legit NHL prospect: Projects to be a full-time NHL player in the bottom half of a roster.

Has a chance: The prospect has a chance to make it as a full-time player if some improvements are made.

Depth Players: These are prospects who do not have NHL toolkits, but could be good AHL players and provide depth to an organization.

Only one player in top tier for him (Hughes).

Of the teams I know people on here like:

MTL: 6 players Cole Caufield highest at #6 (in the elite tier)

NYR: 4 players Kakko #2 overall and has him on the elite/special bubble

NYI: 5 players, Dobson the highest #20 overall & he is in the High End Prospect Tier

linked behind the Athletic pay wall


Right, forgot the spelling change! Can we just call him Shesty from now on?
No goalies
pjcas18 : 9/12/2019 12:01 pm : link
I should have mentioned that. Speaking of goalies the Yaro Askarov bandwagon is filling up. Highest rated goalie at this point I can remember.


next time Kakko, Fox and Kravstov likely won't be eligible. Pronman set a 25 NHL game max to be considered. Which is why Chytil (or Kotkaniemi for example) isn't eligible (but Makar is). Miller likely on the next one still even if he joins the Rangers after the WIS season. Probably doesn't get 25 games in.
I would think
Ross : 9/12/2019 12:53 pm : link
It's a legit possibility that these Rangers prospects could potentially be on the list next year..

Marner put up a 94-point season as a 21-year old and it was assist heavy, which at that age is a good thing IMO, he was the one creating offense.

most of the metrics I believe also favor Marner over Matthews FWIW - which is the crux of this stalemate.

And yea, Marner wants $11M (at least) but only for 6 years or whatever Matthews got. Not longer, he (or his "camp") view longer term as a concession. 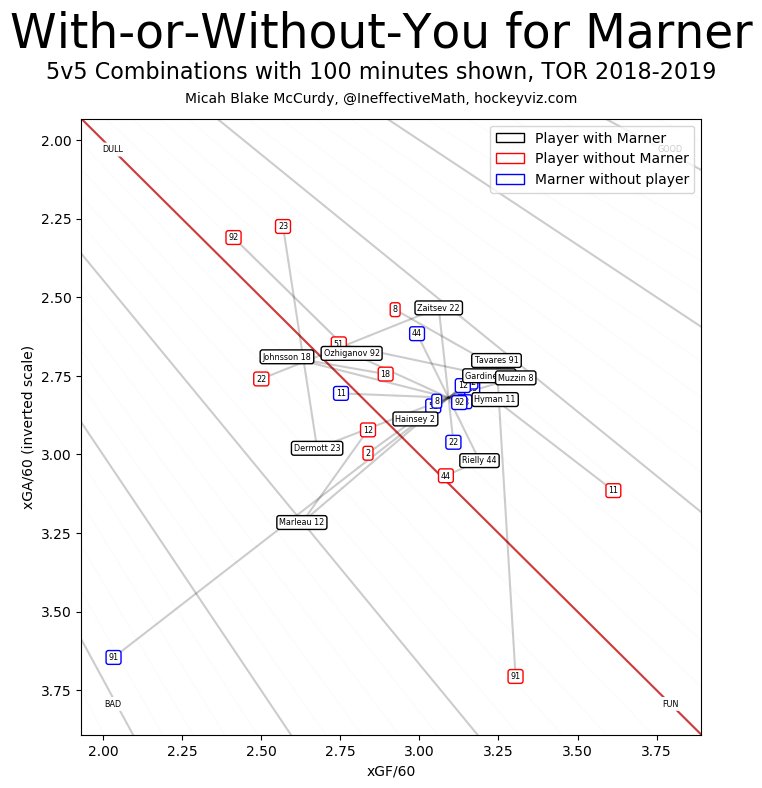 
First, I think both are great players and I'd take either on my team in a heartbeat.

But I think they benefited each other, both eclipsed career highs, but with Tavares being a mature player already and Marner being just 21, I think his upside is just higher when Tavares IMO is what he is going to be.


Being a converted forward that surprises me.

Every time I have seen him he's been quick to activate or join the rush.


that might be exactly what they get, the longer they go without signing him the worse it is for all involved.

In case people don't follow the Habs Leafs rivalry has reach new levels this off-season with the sandpaper-personified Domi family trolling Toronto all summer.
Given the age difference
Jay in Toronto : 9/12/2019 3:10 pm : link
Marner has more value IMO
This guy was tortured for this trade
pjcas18 : 9/13/2019 8:19 am : link
I think he even received death threats. Many years later it seems as fans, maybe we don't know the whole story.

Subban is still one of my favorite players to watch and an incredible human being, but I guess he's not the most coachable as a player.


He stood out at the rookie tournament in Traverse City.
Goalie prospect
pjcas18 : 9/13/2019 9:44 am : link
rankings out for the season.
Spencer Knight #2, I love Spencer Knight's potential, but FL just signed Bobrovsky long-term so no clue how Knight sees the NHL if it's not via trade.

He is a young Carey Price IMO. So positionally sound, calm in net, athletic, great with the puck, I haven't seen enough of Askarov, but if scouts see Askarov as measurably better than Knight I can't wait to see more.

#1 is Thatcher Demko (VAN).
Another American (like Knight) who is very athletic for his size. I think Knight is better though.

Igor Shesterkin #3. His size and occasional leaky pucks are the only negatives.

All 4 are in the "Very Good NHL Prospect" tier.

other relevant ones for fans here (and all are in the very good/legit bubble):

𝐃𝐚𝐯𝐢𝐝 𝐀𝐥𝐭𝐞𝐫
@dalter
The combined cap hit of John Tavares, Auston Matthews, William Nylander and Mitch Marner is $40.489366 million. The salary cap for this year is $81.5 million.
Dubas is the dog who catches the car
Eric on Li : 9/13/2019 11:55 pm : link
the Nylander deal was the one that really screwed everything up, obviously you pay those top 3 guys whatever you have to, but now he's got a lot riding on a roster with an entirely new defensive group and very little he can do to upgrade. No room against the cap, bottom 1/3 prospect pool, no first last year or next year. They only have 1 defenseman under contract for next year and only project to $13m to spend. They desperately need Nylander to play well so they can flip his salary for D.
RE: Dubas is the dog who catches the car
pjcas18 : 9/14/2019 2:02 pm : link
In comment 14574721 Eric on Li said:


If they even get that far in the playoffs with that defense. They are a lock to get 100+ points but at playoff time their defense is seemingly an even bigger question this year vs. last year. Gardner, Zaitsev, and Hainsey each played over 20 mpg last year. Barrie will probably replace most of their point production but they are counting on a bunch of journeyman young guys (and Ceci) to replace the minutes. And if Barrie has a good year good luck resigning him next year, they can barely afford him now with Colorado retaining $.

For a team that's top heavy, and mostly with young guys, they are very win now. And with no more picks to deal a lot of pressure is riding on this group to come together and improve (and specifically on Babcock).
.
pjcas18 : 9/15/2019 11:20 pm : link 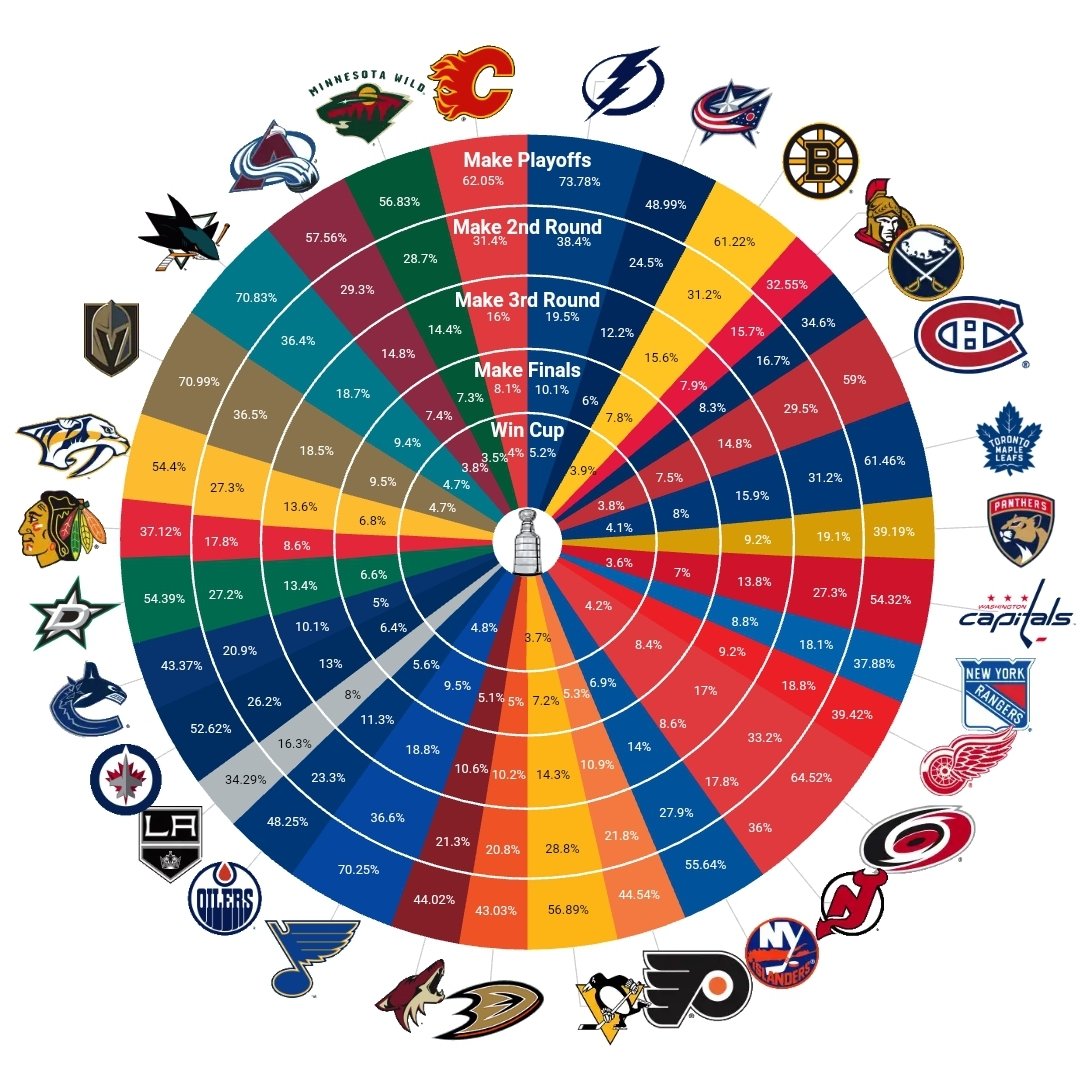