adamg : 8/12/2019 12:22 pm
I vote Taxi Driver. I find it to be a very nuanced exploration of mental illness, identity, and masculinity. And I love Goodfellas, Casino, and the Departed, but those are much more shallow than Taxi Driver and they lack a character as compelling as Travis Bickle.

What say you BBI? Scoresese's best?
its tough
UConn4523 : 8/12/2019 12:28 pm : link
because "Best Movie" for me isn't necessarily the one I enjoy the most. For example I think what he achieved in "Silence" was remarkable, but it isn't an enjoyable movie and I don't think I'll ever watch it again.


Silence to me was Scorsese tackling his biggest challenge as a film maker. Not only did it take him almost 3 decades to make, but he dealt with filming the entire movie in Asia, mostly filmed in Japanese. Then there's the subject matter - something that was on an absolutely massive scale compared to his other movies (IMO). I also loved the score, it really set the the tone of hopelessness and horror that the characters faced.

Silence is an incredible movie.
The Aviator gets slept on.
Color of Money gets slept on too.
underrated
giantfan2000 : 8/12/2019 1:58 pm : link
After Hours is the most underrated of his filimography
The most respected list (Sight & Sound's 10 year world wide survey)
Stan in LA : 8/12/2019 1:58 pm : link
Has Taxi Driver 1st(31st all time) and Raging Bull(53rd) next. Goodfellas not in the top 100.
Link - ( New Window )
This is a difficult question...
Chris in Philly : 8/12/2019 1:59 pm : link
Considering that he is in the running for greatest filmmaker of all time, the whole "nothing else comes close" angle is silly. But UConn is right that the ones I enjoy watching over and over aren't always the ones that I consider his best. I could watch Goodfellas, Taxi Driver, King of Comedy, Wolf of Wall Street, even The Last Waltz over and over and over. But I think his greatest cinematic achievement is Raging Bull. The combination of his direction as he hits his peak, the screenplay by Paul Schrader and Mardik Martin, Thelma Schoonmaker's legendary editing, Michael Chapman's stunning B&W cinematography, the soundtrack curated by Robbie Robertson, and some of the greatest screen performances of all time all come together to make a modern masterpiece...
Mean Streets for me. It had Harvey Keitel and a young De Niro
Ira : 8/12/2019 2:24 pm : link
.
Goodfellas
Sneakers O'toole : 8/12/2019 2:29 pm : link
Might be my favorite movie in general.
Goodfellas...
x meadowlander : 8/12/2019 2:32 pm : link
...Raging Bull is his best, but I can NEVER. TURN. AWAY. when GoodFellas is on.
RE: underrated
Greg from LI : 8/12/2019 2:59 pm : link
In comment 14527751 giantfan2000 said:

It's such an easy, fluid, picture. It goes down so easy, it's beautifully shot, the music is perfect, and the acting is effortless.

Goodfellas is like a perfect golden pilsner -- you don't have to come up with reasons why it's delicious, you don't have to pretend to enjoy the bitter notes because the world says you should. Anyone who knows anything about film knows it tastes great.
One of the interesting things
pjcas18 : 8/12/2019 8:20 pm : link
about Scorsese is his use of the same actors over and over.

He knows them, they know him, it has to make both their jobs easier.

I mean how many of his films include De Niro? Pesci? DiCaprio? Keitel?

Even lesser characters who have a huge impact like Frank Vincent (Billy Batts from Goodfellas) and more.

I think very few of the main actors in his films are in one film of his (with probably a few exceptions).

I think that says a lot about both.


It’s a very old fashioned style of filmmaking. Some of the old greats had regular companies that they worked with. John Ford is probably the most famous example.
I thought...
bw in dc : 8/12/2019 9:05 pm : link
that movie with Larry David was very good... ;) 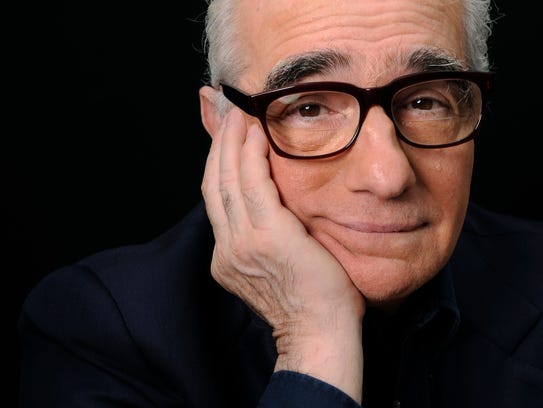 
Especially as it was so grossly (and intentionally) misunderstood and mischaracterized at the time.
.
Bill2 : 8/13/2019 8:59 am : link
I remember that parts of taxi Driver were filmed near where I went to school and lived at the time.

What I heard/directly observed is that Scorsese and DeNiro spent hours talking through each scene right before and right after filming while sitting in a light blue Mercedes down the block and then walking to the actual set. If they got into a discussion while walking...why then the action did not start until they hashed out every alternative and then both prepared the other actors and Scorsese the camera and audio people.


I think thematically it is remarkably similar to some of his great NY-centered films, but tonally it's a big shift away from what you expect and he nails it. Great, and unusual, Peter Gabriel score too...
.
Greg from LI : 8/13/2019 11:01 am : link 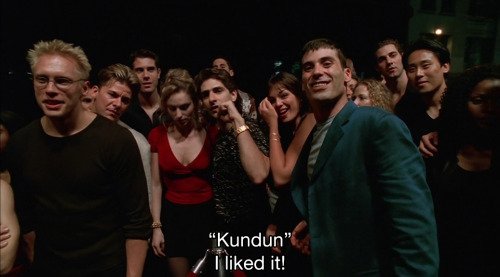 One of my favorite urban legends
bceagle05 : 8/13/2019 11:08 am : link
is that Scorcese/DeNiro attended a Bruce Springsteen concert while filming Taxi Driver, and Bruce had this bit with the audience where they'd cheer for an encore and he'd come out and say, "Are you talking to ME??" - and they added that bit to the movie. Who knows if it's true, but it makes for a fun story.
Goodfellas
Grey Pilgrim : 8/13/2019 1:00 pm : link
Casino