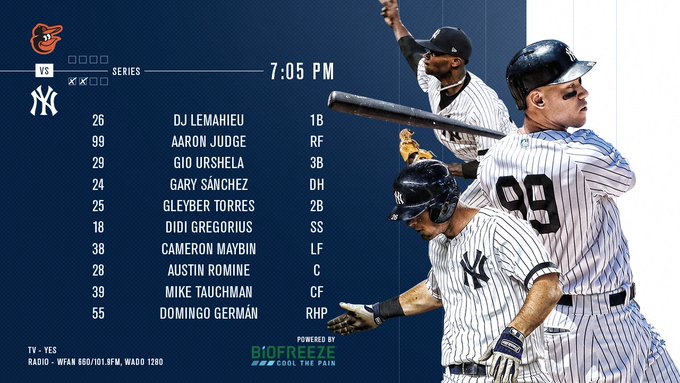 
LOL. Tbh, I was surprised CC's was that good considering he can't make it past 5 innings anymore, but yeah...
.
Bill2 : 8/13/2019 10:00 pm : link
I don't remember many games where they beat themselves with bone head plays. Or clear manager mistakes. Or games lost because the 3rd base coach made mistakes waving people in that were dead ducks at the plate.

There are so few mistakes that we can remember Torres on the bases or the kinda dull dumb choices of the back up infielder.

Makes the season much more fun to watch.

Physical losses or slumps out of fatigue I put in the "that's baseball Suzn" category.

We better get healthy and that includes Betances, Sevy, Judge and Stanton.
One of many differences from last year
mfsd : 8/13/2019 10:35 pm : link
Yanks are beating the teams they should be consistently. Of course we still won 100 last year, but there were a lot of frustrating no-shows against the likes of the Jays and Orioles sprinkled in.