Ohio State seeks to trademark the word 'The'

The school, formally known as The Ohio State University, is seeking a trademark on the word "The" for use on clothing and hats. According to the U.S. Patent and Trademark Office, the filing was made Thursday.

The Bronx
I don't see this happening
gidiefor : Mod : 8/14/2019 5:14 pm : link
the trademark office will certainly look foolish if they grant this wish
I agree it's not happening, but just to play Devil's Advocate.
Mike in Long Beach : 8/14/2019 5:18 pm : link
If someone is selling T-shirts with the slogan "THE best damn school in the land" and it's covered in scarlet and grey... and the THE is the centerpiece of the shirt and the reason people are buying it and associating it with Ohio State, is it not reasonable to say Ohio State should have the rights to that?


Yes. Obviously. But that is not the point that Mike is making. IF the "THE" is combined with OSU colors in a blatant riff of official Ohio State gear/goods, is the case reasonable.
From the link
Mike in Prescott : 8/14/2019 5:46 pm : link
"Ohio State has previously trademarked the names and likenesses of football coaches Woody Hayes and Urban Meyer as well as phrases like Script Ohio and The Shoe.

Common words and phrases can be trademarked if the seeker can prove a distinctive usage outside the traditional meaning." 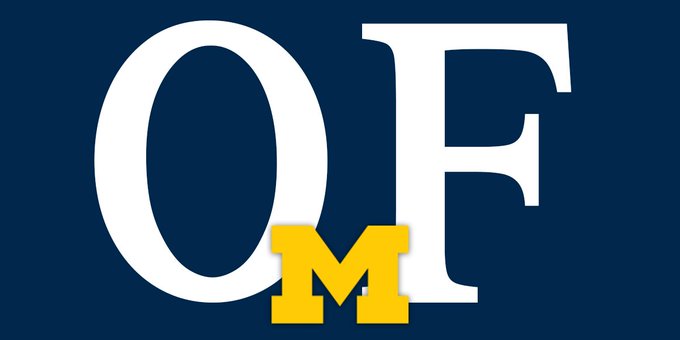 So dumb
jgambrosio : 8/14/2019 9:19 pm : link
how many colleges put "the" in front of their name and have nothing to do with OSU? Shit, I went to GW and they call it The George Washington University. Like they did that to copy Ohio State?
It's OK
Sneakers O'toole : 8/14/2019 9:35 pm : link
They're going to be really fucked when they find out I trademarked the word Ohio.
Idiotic, but it's par for the course
ChaChing : 8/14/2019 9:40 pm : link
The law isn't really about making sense of being fair, just who has money, who's shithead enough to chase down a result, and the asshole who is 'the authority' to allow it

Not about sense or logic, but who has the money, title, pull so all this shit comes to light and wastes a TON of time and money (really regardless of the result, it's fn stupid)

All that education, experience, certainly work ethic, and of course money...but not a lot actual legit thought

All that said, however ... I think it's a long shot they'll get the trademark. Without getting into all the technicalities, it can be summed up by saying that the word 'The' is generic, to put it mildly, and is associated with many other schools and places as others have posted above.
Working on a Trademark Now
jpennyva : 8/15/2019 8:06 pm : link
I have an application into the USPTO for my own business right now. It's my undersanding that they could try to trademark "The Ohio State University" as a name with the qualification that they are not seeking to keep others from also using the word "The" as part of their own names. So, it's not as far fetched as it first seems. They absolutely would not get approval were they trying to keep anyone else from using "The".
RE: Fuck you.
jeff57 : 8/15/2019 9:37 pm : link
In comment 14530445 81_Great_Dane said:


You're right as to what they "could" do, but what they *are* doing is trying to trademark the word "THE." Here's a link to the application. So, it does seem to be as far-fetched as it first seemed.


Ah, I had not read the full application (the legalese involved with my own was enough to last a lifetime). Then that is a ridiculous waste of money, and trademark applications are not cheap, though the university no doubt has the money to waste on such things. The fact their attorneys are even trying to do it means it is 100% publicity stunt.
Would the infringement be if the T-shirt just said "The" by itself?
Bill L : 8/16/2019 9:31 am : link
or would it include being a part of a phrase as well? Would it only be something school-related ("The University of Miami") or would something like "The Boss" be covered. And what if it appeared in the middle of a phrase instead of at the beginning ("University of the District of Columbia")?
RE: RE: I agree it's not happening, but just to play Devil's Advocate.
Hades07 : 8/16/2019 11:59 am : link
In comment 14530491 uther99 said:
With scarlet and grey would it look much different the Washington state?