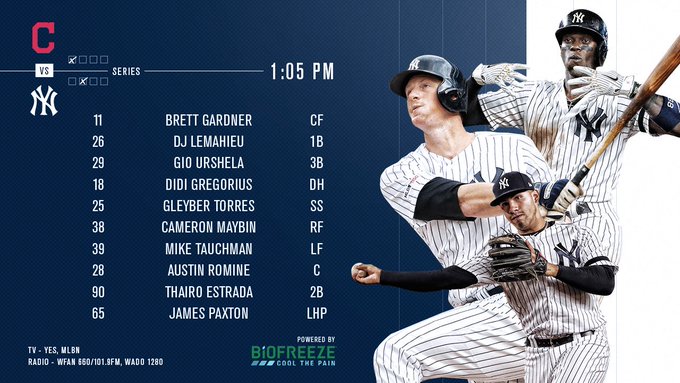 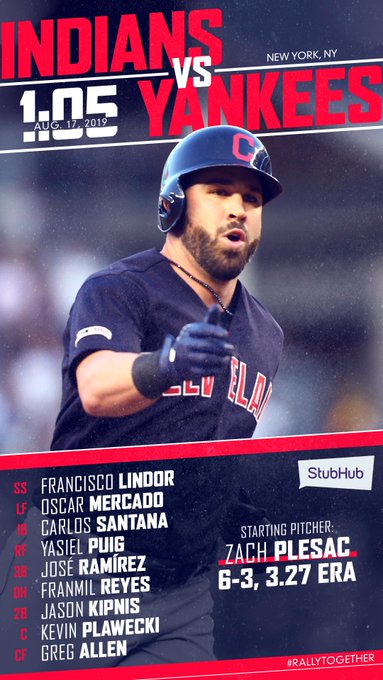 I will also find any slight worries, negatives, perjoratives, assertions of downsides that I can find and post them during losses.

I will refrain from celebrating, acknowledging, praising, pointing out positives or posting during wins

In return for this original, insightful, near Patent Office level flood of brilliant scintillating information that none of you has ever seen elsewhere - I want acknowledgments of my brilliance, never to be modified, challenged or noticed as a worry wort pessimist at best and an annoyance at worst.

You can begin the string of praising posts for my contributions to these threads, your fandom, your knowledge, the New York Yankees and your lives.

Please do this quickly for I have to leave soon. Mr Cashman himself has sent a limo so I can address the Analytical Team of the New York Yankees at a dinner as soon as the Tampa contingent gets here on their private jet.


Exactly. That's why half the dugout got thrown out.

There are times to get on the starting pitching. Today isn't one of them.

Ron Guidry in 1978 had the most dominant season a Yankees pitcher has had during my years as a fan, but when it came to October, he was very hittable, not the same guy. And we've seen pitchers have mediocre seasons but be dominant come playoff time (this could be Tanaka maybe). So while I would gladly trade our starting staff for Houston's or LA's, it's not unfathomable that our guys are pitching better than their guys with 200+ innings on their arms.
A rare ofer from Urshela...
Milton : 8/17/2019 3:56 pm : link
...as LeMahieu retakes the batting title lead!
Urshela had an 8 game hitting streak
adamg : 8/17/2019 3:56 pm : link
and reached safely in 19 straight coming into today.


You're rolling now Jints. Keep it up.

This team is a disgrace
UConn4523 : 8/17/2019 4:51 pm : link
.
Some fans just won't be happy until the Yankees
Deejboy : 8/17/2019 5:02 pm : link
win every game 15-0 and there is nothing to complain about. Every fanbase has that. It is just the way fans are. I get some fans just lost it when the Yankees are losing cause they care too much and badly need a sports team to give them enjoyment. Then they take it out on something. The pitching sucks, this guy sucks, everyone sucks. Then when the Yankees win, which they happen to do a lot, they say nothing and are happy. Until the next game.

The ones that really bother me are when even winning doesn't make them happy and they find things to complain about. Or even worse say nothing when the Yankees win but show up at the slightest bit of trouble to spread their misery. Those are the worst fans in sports. Actually they are not even fans at that point.
It doesn't bother me...
manh george : 8/17/2019 5:18 pm : link
that winning doesn't make them happy.

Let them suffer.
This has been the coolest Yankees
UConn4523 : 8/17/2019 5:57 pm : link
season of my lifetime. I have no idea how we will fare in the playoffs but if you don’t have a blast watching them every day then you are a miserable fuck that doesn’t deserve the 100 win season.
Great win.
Dave in Hoboken : 8/17/2019 6:43 pm : link
This at least guarantees a split in this series. Let's win the thing tomorrow, though.
Oakland beating Houston again
Greg from LI : 8/17/2019 6:52 pm : link
8-4 in the 8th
Was on a 6 hour drive this afternoon.
section125 : 8/17/2019 7:04 pm : link
Listened on XM radio to Suzyn and Jawhn. Suzyn was apoplectic with the umpires. She is normally pretty easy going, but she was pissed that the youngish umps in baseball are throwing people out. She was angry that they threw Gardy out for banging the bat. She said there is no rule against it. I'd bet Joe Torres comments the other day caused that to happen. It was bush league for Joe to open his mouth about it the other day. Not a fan of his in this "new" job.

If the league wants to silence chirping they need to find the root cause. We know what the root cause is - shitty umpiring behind the plate.

Since I did not see the calls (and there were several called Ks on Yankee players that Sterling seemed a bit hesitant about) were they bad calls or at least close?

Also, WTF is up with Paxton? And yes I said he needs an opener last week. Ok we know he is rough in the 1st. But in the 5th he got two quick outs then about pooped the bed.


Apparently all Gardy did was bang the roof. That should not warrant an ejection.

Excellent job the past 2 days. Umping was awful we know that, but awful job but Gardy getting tossed. Banging the roof is absolutely grounds for being tossed as you're showing up the ump. Like I said of course the HP ump was awful let Boone/Sabathia take care of that not the starting CF when Hicks is out and Judge is getting rest.
RE: RE: RE: Missed the game as well
section125 : 8/17/2019 9:06 pm : link
In comment 14534466 Stu11 said:


Stu there is nothing in the rules about that. How is it showing up the ump when it is in the dugout? He wasn't shouting at anyone or arguing the call. Is it any different than clapping hands? How about Hallion was looking for an excuse to toss Gardy after Torre opened his mouth the other day to support the umps after the guy embarrassed himself and the league last week? This was umpires' overreaching for faux control.

I really think Steinbrenner needs to have a come to Jesus meeting at the league office. Yeah, I'd have Gardy tone it down, but you cannot allow incompetent calls behind the plate effect the game and you cannot have umpires looking for revenge when they were shown to have screwed the pooch the week before and that is exactly what that was today.
Paxton was better than the numbers showed
adamg : 8/17/2019 9:14 pm : link
He had the strikeout to get out of the inning, but the ump blew the strike call. Then he gave up two singles that could have easily been outs but they found the hole. It was more the bad umping than bad pitching.

I consider it a 5 inning 2 run deal. The early runs are concerning. The later ones were bullshit caused by bad umping.
Section come on man
Stu11 : 8/17/2019 9:25 pm : link
That's not "clapping your hands" after a good play. Thats the middle of a tossing melee and Gardy whacking the roof. There's no rule for tossing people, jumps have all the discression there. Would I have done it? No. I dont want to start a whole arguement here. Great job by the Yanks. They are rolling. As for the Torre shit its exactly what we lived through with Bobbie Brown when he was AL president in the 80's and he fucked us every chance he got to not seem like he was favoring us. I dont care as much a about this as much as Torre mentioning they may limit the mics, I love Jomboy and his hot mic breakdowns!
RE: Section come on man
section125 : 8/17/2019 10:06 pm : link
In comment 14534495 Stu11 said:


We disagree. My point was clapping to say, come on umps get this right. Anyway, Hallion and the umps were looking for a chance to toss Gardy. It was cheap and vindictive. Suzyn Waldman went ballistic and called out the league. I did not care for Torre as the manager (I may be the only one in Yankeedom that feels this way), I thought he got a free ride after Gene Michael and Buck Showalter built that team, and I thought his comments opened the door for this type of ejection. The umpires probably got excoriated after last week and I think they wanted to extract revenge. I'm telling you Hal has to go see Manfred and exert a little power slap up side his head.

I'll drop it because there is no point in arguing with you as you are probably more correct than me. I'm just seething at the league for allowing rookie umps to inject themselves into a game after being the cause of the ruckus. There was no reason that Hallion couldn't have told Gardy to knock it off - none. And I think Cashman deserves and explanation.
Thoughts about Kay bring in again?
Rover : 8/18/2019 2:00 am : link
He does have the best voice, he just tries too hard with extra babble. If he stuck to calling the game instead of trim my to add on he’d be great.
Kay has decent homerun calls
adamg : 8/18/2019 2:56 am : link
But he's a fucking douchebag of a person. So it's hard to tolerate him for that reason. (It's that whole sports talk radio shtick those guys have.) Just as an announcer, he's aiight.