Here's something to consider, last year when people were saying that Josh Allen's WRs dropped a lot of balls a standard response was that he was inaccurate and threw an uncatchable ball. That's clearly not the case with Jones. Imagine how terrible his WRs were if they dropped catchable ballls.
I love
Giantophile : 8/17/2019 1:01 pm : link
Baldinger's breakdowns...but did anyone notice the post-it notes with various logins/passwords on the at the bottom of his monitor? Someone should probably mention that to him (I don't use Twitter or I'd comment).
.
GiantEgo : 8/17/2019 1:52 pm : link
Didn't the Draft Analyst Industrial Complex tell us that Daniel Jones had trouble with accuracy?
RE: He really does have a knack
EricJ : 8/17/2019 2:16 pm : link
In comment 14533947 Dave in Hoboken said: 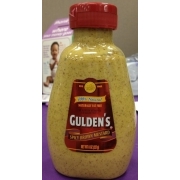