Classy move by the Giants


That is nice
mattlawson : 8/22/2019 7:04 am : link
.
Really nice gesture.
Diver_Down : 8/22/2019 7:09 am : link
The Giants produce this type of memorabilia on a limited basis that are made available for the purpose of generating funds for charities. I have a football that was produced by the Giants and donated to the Jay's Fund auction. It has all the signatures of 2009 etched on the football displayed in an acrylic case.
Very
SFGFNCGiantsFan : 8/22/2019 7:29 am : link
classy.
Anytime..
FatMan in Charlotte : 8/22/2019 8:21 am : link
a person on BBI or someone from BBI has reached out on behalf of another, the Giants have always responded in kind and swiftly.

Pat Hanlon and his staff take the time to acknowledge the fans with recognition or in memory of loved ones dealing with sickness or even death.

Class is always subjective, but I do know that they've answered the call time and again when asked and that's pretty damn impressive when you think about all of the moving parts and priorities a professional sports organization deals with.
Very cool.
Ryan in Albany : 8/22/2019 8:44 am : link 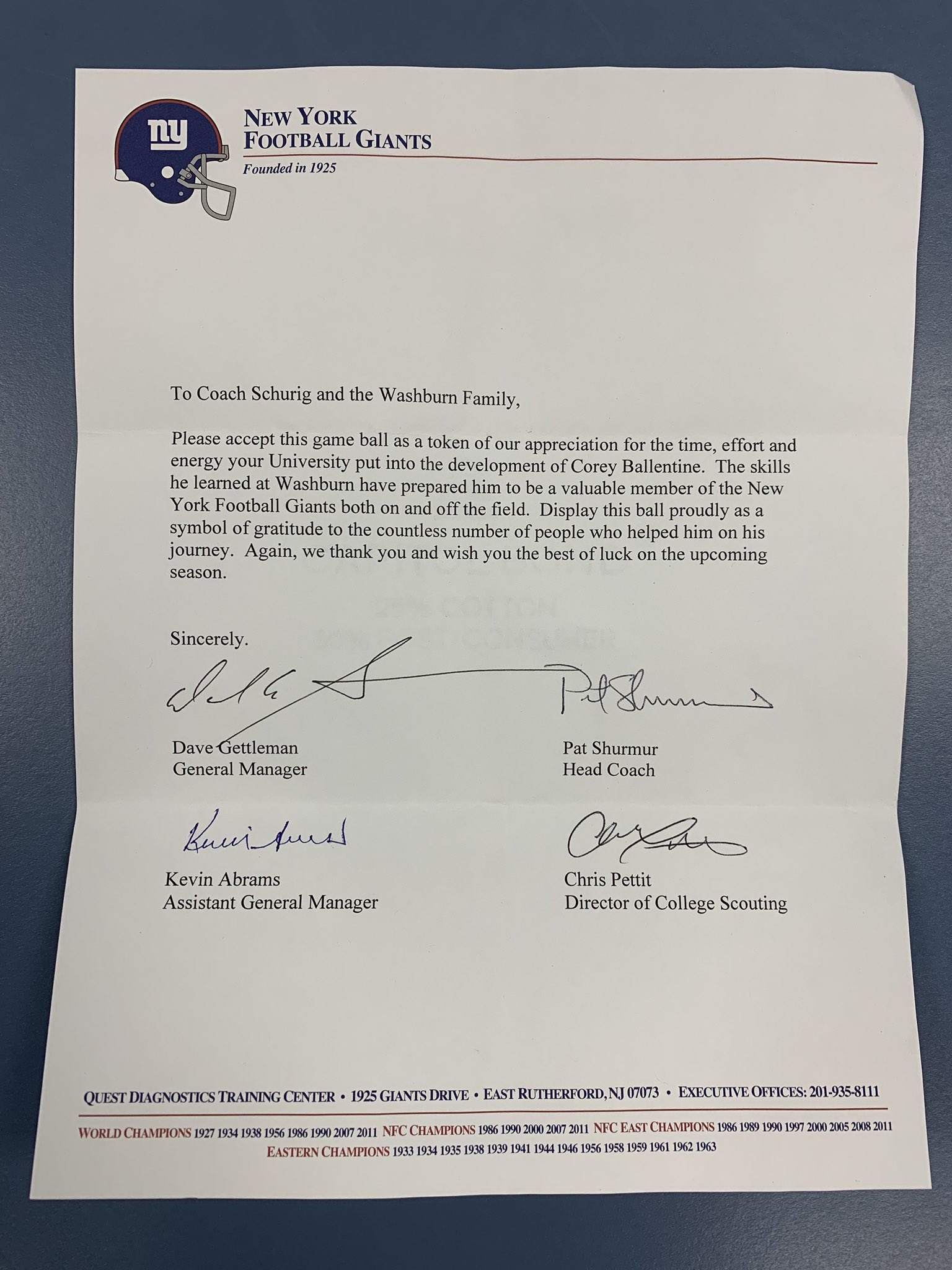 
LOL!!!
What amazing class
eugibs : 8/22/2019 10:39 am : link
Just a first rate, classy organization. I am in awe of the class. I also believe this reflects on us personally as fans. We are extremely classy by reason of our connection to such class. Just an amazing collection of classy human beings - those in the organization from the owners to the guy who cleans the bathroom, the players, and, most importantly, us fans. Such class. This is what it's all about. Congrats to all.
RE: Fire Abrams!
Mike from SI : 8/22/2019 11:02 am : link
In comment 14539105 Diver_Down said:


You've clearly never worked in a law office. The signature sticklers prefer blue signatures because it's easier to tell whether it's an original or photocopy.


You clearly are not a veteran. Blue ink is forbidden on paperwork in the military. Just for the very reason that you named. There are too many copies of paperwork and blue doesn't always show up clearly. Infantry grunt here and proud of it.
Pat Hanlon,Rusty Hawley
Bubba : 8/22/2019 2:07 pm : link
and the Giants have always responded to my requests regarding family issues or highlights. Just view my profile photos as an example. There have been many other times as well.
Bubba..
FatMan in Charlotte : 8/22/2019 2:10 pm : link
that's awesome!
FMIC
Bubba : 8/22/2019 2:24 pm : link
that was just one of many. Several years ago my nephew was diagnosed with the same Ewings Sarcoma as Mark Herzlich. He and my brother were visiting from Fl. and we went to a Giants game. I just mentioned this to Pat Hanlon and within minutes he arranged for us to meet with Herzlich after the game. My nephew was thrilled as he was a Herzlich fan since his BC days.

The Giants are a class organization when it comes to these types of things. A friend of mine in the organization told me this was a direct result of Wellington Mara who felt the fans were an extension of his own family.
RE: FMIC
Thegratefulhead : 8/22/2019 3:01 pm : link
In comment 14539502 Bubba said:
Thank you for sharing that.
My brother died the night of the last SB
Now Mike in MD : 8/22/2019 4:25 pm : link
a buddy reached out to the Giants. They sent flowers to the viewing and a signed ball for his children. Later when we had a dinner with an auction to raise money for his family, the Giants sent the roster card for the game against SF signed by Tynes, D'Ossie, and Weatherford.

I have been frsutrated at times with the team, but I will never ever say anything bad about the organization.

As a side note, I contacted the Mets re getting something for the uaction and never heard back.