Yeah but his stay in Golden State was cut a little short,I guess we'll have see what happens.

Threatening upper management never seemed like a good way to start a new job.
The report
weaverpsu : 9/5/2019 2:03 pm : link
says AB and Maylock got into an argument in front of the team. Suspension imminent.
Just read the ESPN report
weaverpsu : 9/5/2019 2:07 pm : link
It says he didn't stretch with team, took plays off during individuals, and fired the ball into the fence after a catch from Carr. That incident can be seen on twitter apparently.
RE: RE: RE: For those who missed this in the other AB thread
BigBluDawg : 9/5/2019 2:08 pm : link
In comment 14559805 TheGhostofBlueGuy said:


This might be the dumbest thing I have ever seen on this site. The only person who called White people the devil was Fred Sanford(Sanford and Sons). GTFOH

The Devil is a lie is a song by Rick Ross and Jay Z. Its about jealous people who will say and do anything to bring you down once you reach the top.
Race and Farrakhan (who by the way, no one under the age of 40 knows) has absolutely nothing to do with his post. WTF
RE: RE: RE: If he really did threaten to punch Mayock
weaverpsu : 9/5/2019 2:26 pm : link
In comment 14559874 djm said:


You gotta love diagnosis from afar. It is completely unprofessional for any doctor to offer opinions on s patient they have not examined. As far as any diagnosis by the media, it is completely meaning less.


There's a lot of stuff that goes on that teams hide. I mean, look at Marvin Harrison on the Colts. The guy is one of the most dangerous individuals prowling the streets and the Colts hid it for years.


So it comes down to whether Gruden wants to keep him or not. If this is the truth, a sensible organization eats the draft picks and cuts the guy. Who cares if he goes to the Patriots and regains his form, it isn't happening here, and you could use the money.


And ironically both coached by a Gruden.

Dave Meggett says "hi"
According to Trade Rumors
MattyKid : 9/5/2019 3:41 pm : link
Brown had to be held back from hitting Mayock by Burfict, of all people. Plus, he punted a football in practice and said "fine me for that!" Also unfollowed the Raiders and Derek Carr in IG
They suspend him and void $30 million
Peter from NH (formerly CT) : 9/5/2019 5:09 pm : link
There will be a lot of legal action by the players association.
It's interesting. Antonio Brown is the person
eclipz928 : 9/5/2019 5:26 pm : link
who some Giants fans seem to perceive Odell Beckham is.

In terms of personal conduct, OBJ hasn't done a fraction of the nonsense that Brown has been doing.

But unlike OBJ, Brown has been escaping scrutiny for the most part all this time because he's been on winning teams, and doesn't have the flashy hair and tattoos. They definitely do not belong together in the same conversation unless it's just about their talent as wide receivers.
RE: They suspend him and void $30 million
BigBlueShock : 9/5/2019 5:29 pm : link
In comment 14560166 Peter from NH (formerly CT) said:


Correction. Despite the $1M being listed as a signing bonus, it apparently never was. His contract broke the "signing bonus" into 2 workout bonuses of $500K for each year. The salt in the wound for Brown is that he might not get a single cent from the Raiders. He is already in default of the requirement that he participate in 85% of the required activities.
Brown really needs to learn to read the fine print - ( New Window )
RE: It's interesting. Antonio Brown is the person
madgiantscow009 : 9/5/2019 7:37 pm : link
In comment 14560190 eclipz928 said:


he has flashy hair. 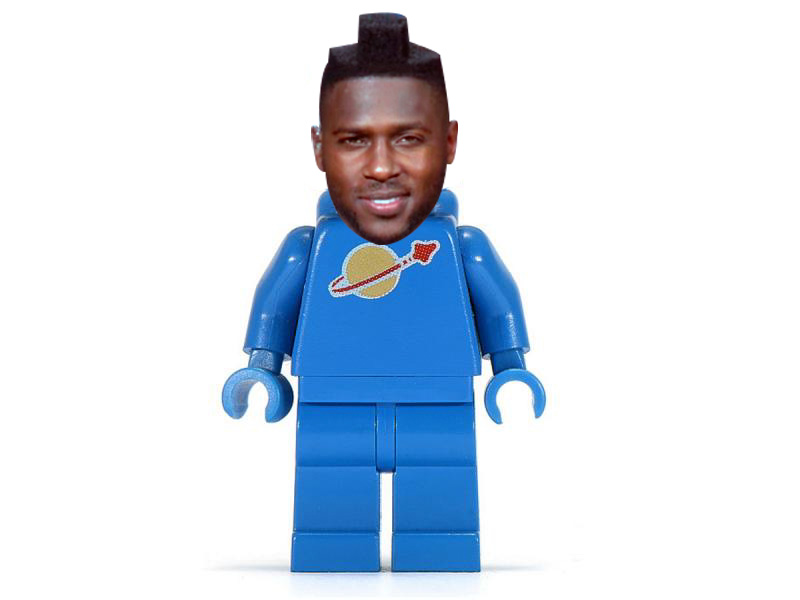 2nd, I highly doubt AB is in the Nation of Islam, as there are only about 20,000 total members as of today (there are even way fewer Nation of 5% members, they only have like one mosque/location in the world - in NYC).

A lot of people believe the phrase “the devil is a liar”, including blacks and whites, Christians, Muslims, people of all creeds and color. There’s a passage (or several) in the Bible that allude to this idea. “The Devil” is a pretty universal term /belief that represents evil in the world. It may have had to do with Mayock being white, it may not have, you don’t know, I don’t know, hell with where AB’s head has been at I’m not even sure he knows so who are you be qualified to “translate”?
RE: RE: RE: RE: If Raiders suspend him
ron mexico : 9/6/2019 8:46 am : link
In comment 14560320 Diver_Down said:

That was pretty smart of the Raiders


ig: josinaanderson
@JosinaAnderson
·
11m
Source: #Raiders WR Antonio Brown just issued “an emotional apology” at a team meeting this morning, just now, “with team captains standing with him.”
If I'm the Raiders I cut him....who would sign him? I think he is too
Zeke's Alibi : 9/6/2019 12:28 pm : link
mercurial even for the Pats for pennies.
I thought I heard this on the radio
figgy2989 : 9/6/2019 12:28 pm : link
But Mayock was trying to de-escalate the situation with Brown on Wednesday and AB called him a cracker?

Of course the dude is going to try and apologize and get all sentimental, he is about to lose $30M.

I just heard Clay Travis say that O.J. Simpson posted a video on Twitter telling Brown that he has to "chill out." I don't tweet, so I didn't see it, myself, but Travis's point was that if you're getting good life advice from O.J. Simpson, you've got to make better decisions about your life and your career. Travis also said that Adam Schefter is reporting that the Raiders are trying to figure out how they can void Brown's contract.
OJ also tweeted
pjcas18 : 9/6/2019 1:12 pm : link
out that "AB is "murdering" my fantasy football team"


I don't believe that's true. It's standard wording in every veterans contract about being on the opening day roster and not some poison pill type of thing Mayock slipped in there.


OK, it was catchy headline by TMZ, but OJ never actually said "murdering my fantasy team".

I mean, it is funny enough that OJ is giving AB life advice...

Just like I was saying yesterday...
Stu11 : 9/6/2019 1:55 pm : link
Ian Rapoport
@RapSheet
·
1h
Here is a sense of how quickly things are changing in Oakland: Yesterday, #Raiders coach Jon Gruden told people AB was not in their plans for Monday. Now, I hear… there is a real chance he not only does not get suspended but actually plays. Wild times


"planning to suspend" and actually suspending a guy are 2 very different things. A no nonsense organization like NE/Philly/NYG etc... wouldn't put up with yesterday's antics and he'd never play a game for them again but the Raiders welcome this shit. They love it , they bathe in it. Have ever since I was a kid in the 70's...
Good call Stu
figgy2989 : 9/6/2019 1:59 pm : link
You said it yesterday.