NYG27 : 9/12/2019 8:30 am
I was curious on what Steelers fans thoughts were about Skipper being released and then claimed by the Giants. Below are a few comments...

Tuzar waived. Holton promoted to 53. Why?

I rarely get upset with these moves anymore but thats dumb, IMO.

5 sacks 2 forced fumbles in preseason. Are we dumb?

This is another in the long line of guys putting together a solid camp forcing themselves on to the 53 and Tomlin cutting them loose.

Before writing him off, think about how many other quality players on our roster (and throughout the league) are undrafted guys who proved themselves in camp and preseason. Tuzar kicked quite a bit of ass in the preseason this year.

Doesn't make a ton of sense to drop Skipper, but maybe they know something we don't. I would probably have liked to see Skipper take Matakevich's place, but I'm not the one running the team. Hopefully he clears waivers and can be added to the practice squad

I don’t really pay attention to the Giants but I heard they are starving for pass rushers so I think if he has anything to offer he will stick there. I will definitely try and catch a few snaps to see how he does.
Nice tidbit
Tuckrule : 9/12/2019 8:37 am : link
I heard a steeler beat reporter discuss skipper. He basically said he’s really raw but he’s a worker. If you give him time he can develop. Looks like we are speeding up that process. He’ll get snaps this week splitting time with ximines
The Steelers planned on leaving unprotected for about an hour...
Capt. Don : 9/12/2019 8:40 am : link
The Giants saw what they were doing - and scooped him.

But if this guy sees a lot of snaps this weekend, then -- as far as our defense is concerned -- we are royally fooked for the 2019 season.


A fringe player from another team brought in mid week is going to blow assignments the more snaps he plays. That's a net negative weighed against any situational pressure he brings. He should get situational snaps and be eased in as he gets comfortable with the playbook. If he's playing a lot, its because X is injured or getting bullied.
RE: RE: Pretty reasonable takes
Ceez2.0 : 9/12/2019 9:34 am : link
In comment 14572386 Tuckrule said:

At least he didn't spell anything out in initials. I consider it a solid post whenever he avoids that triteness.
This guy brings that relentless
Simms11 : 9/12/2019 9:39 am : link
attitude you need as a pass rusher. My hope is we see more from Cater and Golden though. Can't ever hy ave enough Pass Rushers.
DG
Joey in VA : 9/12/2019 9:46 am : link
Has a good track record with these types. Dom Hixon, Kevin Boothe, Madison Hedgecock. He's got a good eye for these types.
I'm hopeful this guy can be an improvement
jcn56 : 9/12/2019 9:48 am : link
if for no other reason than what we currently have absolutely sucks.

Based on a very fundamental rule. If you pick up a waiver guy who is now your leading candidate as an Edge rusher, then what does that tell you about our team's pass rushing capability?

The cupboard is bare, as in empty.


But you are ignoring the fact that there is no one else on the roster for Tuzar to take snaps away from, save from Ximines. It is a no lose situation to see what a young player with some potential has to offer, so it certainly doesn't make us any more or any less fucked this year.
RE: RE: RE: RE: Nothing against Tuzar Skipper...
M.S. : 9/12/2019 10:33 am : link
In comment 14572485 Giantology said:

But that's not my point.

My point is that Tuzar Skipper is a symptom of how desperate the Giants are in trying to generate a pass rush!
my brothers comments
hitdog42 : 9/12/2019 10:36 am : link
were that he has a great motor, can be a little stiff, tough guy that will play dinged up

my reply was "thanks kiper".


No shit, which is why it makes no sense to say that our season is "royally fooked" now that he is getting snaps, we were already at that point. At least we brought in a young player and will give him a chance to prove himself
Has it been confirmed that he's going to play
armstead98 : 9/12/2019 11:24 am : link
It sure seems like it and he said, "Sounds like they're ready to throw me into the fire right away, and I couldn't ask for a better opportunity, to tell you the truth."

Looks strong. Jolts olineman. 30 BPs.
RE: Here are some preseason highlights of him
Big Blue Blogger : 9/12/2019 11:28 am : link
Oldschoolgiant said:They aren't simply second- and third-stringers. I did a quick search for the blockers Skipper beat in those clips, having identified six or seven of them. Not one made his team's 53-man roster. In fact, barring number changes, none appear to have even made the practice squad. So we'll just have to wait and see whether he can handle the step up in competition. 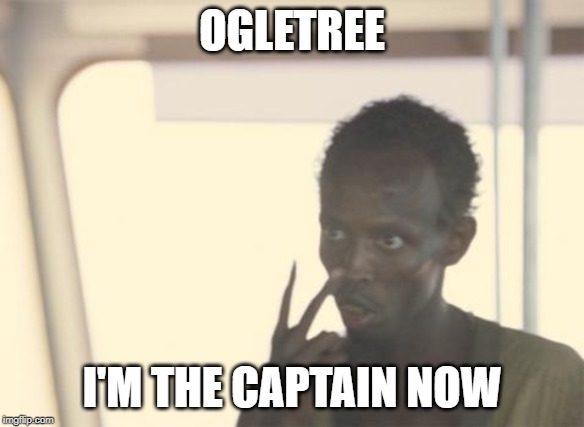 Oldschool, thanks for the lonk. Me LIKEY! I can see why some people in Pitt are pissed!

The Giants appear to have found a gem with Halapio. According to Sy he was outstanding week one versus a very tough defense in Dallas. Nick Gates is another player to keep an eye on as a potential find.
RE: RE: Nothing against Tuzar Skipper...
LauderdaleMatty : 9/14/2019 11:04 pm : link
In comment 14572389 TyreeHelmet said:


Really? Giants cut Cam Wake. Of this guy develops great. He may be gone in weeks. But saying teams don’t make mistakes. They do