Blame Gettleman not these Coaches

BigBlueDownTheShore : 9/15/2019 9:32 pm
Besides Saquon and maybe Jones (who knows how good he is, it was preseason) where exactly is the special talent on this team?

We actually had some ok talent before Gettelman arrived and it’s been jetosonned for talent that isn’t even better, it’s far worse.

He's certainly made his share of mistakes, including Stewart, Omameh, Lauletta, and probably overestimating how much Eli had left. Eli's lack of mobility was painfully obvious last year.

But his drafts have generally been good, and all GMs miss. We need more time to assess his work, especially Jones has yet to play.
BleedBlue
Marty866b : 9/15/2019 10:39 pm : link
Outside of Barkley the jury is out on last year's is still out. This year's class? Way too early to tell but little to get excited about thus in a very small sample. The Rams, looking to win a Super Bowl last season looked for a trade partner for a former first round pick in his prime who they thought was not a good player. They found a sucker in Gettleman, who traded for him. Gettleman's free agent signings have been good? You have to be horrible not to be competitive in the NFL. The Dolphins chose not to be,what is the Giants excuse. Their are plenty of teams that are young and playing with rookie or second year quarterback who are far better then we are. BTW, how many wins you think the Giants will have this year?
RE: For those saying year 20-21
Justlurking : 9/15/2019 10:39 pm : link
In comment 14578972 Gmen703 said:


Yup. And with the Maras making decisions we will probably repeat that cycle multiple times.
What part of 'rebuilding' can't
Photoguy : 9/15/2019 10:40 pm : link
you people understand?????

Bad drafts...yeah. injuries...oh yeah. But 2 'ships as GM. Doubt DG hangs around long enough to make the playoffs as GM.

Now, if you said the worst day 2/3 drafter or the worst at drafting OL... Ok.

Marty....do you think EVERYONE who is signed is young and good? This isn't fucking madden. You have 31 other teams to compete with for top free agents. Part of rebuilding is just being bad and free agents don't want to come here. It's a vicious cycle that only breaks when a draft or two help turn the tide. Ogletree still isn't a bad move. We need an ILB to run 34, he isn't a bad player and he provides leadership..something a young team needs(dg knew we would be young because of large roster turnover). Signing bethea is again just filling out a roster getting guys who bring leadership and you hope can mentor young guys. Again...name me a team that has this size of a roster turnover and is good. It doesn't happen....
RE: RE: RE: Can't blame Reese anymore...
greek13 : 9/15/2019 11:00 pm : link
In comment 14579069 Gmen703 said:


Yes Ogeltree was a bad move. He is an awful player for what was paid. Instead of overpaying for Solder you could've gotten two OL. Instead of paying for Eli you could've gotten a cheaper QB and gotten an ILB etc.
It's been a poostorm
Scooter185 : 9/15/2019 11:41 pm : link
Ever since TC was fired. I believe moving on from him was the right move at the time, but every hiring decision since has been bungled and made this team into the laughing stock that it is today
RE: It's been a poostorm
Eric from BBI : Admin : 9/15/2019 11:41 pm : link
In comment 14579168 Scooter185 said:


Everything, even down to minor decisions. The Josh Brown fiasco, the Eli benching. And if Daniel Jones doesn't turn out to be anything more than a mediocre QB, it gets much worse.

Since 2012, the argument can be made that about the only thing the Giants got right was drafting Barkley. And if Jones turns out to be a bust and one of the '18 class QBs turns out to be a good one (save for Mayfield), that one goes up for debate too. 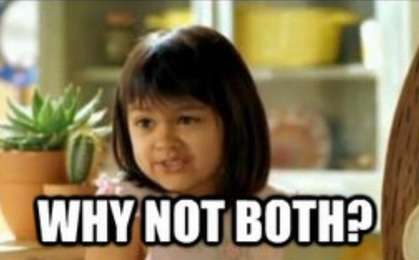 
This puzzles me. The cornerstone of that draft is the expected heir apparent franchise QB to Eli, who has yet to play. I like Lawrence a lot, Baker is a TBD but many people thought he was the best CB in the draft, Ballentine was a steal, and Connelly, while I wasn't a fan of the pick at the time, is looking like a player.

Julian Love is a TBD but the pick where he got him was outstanding. It's been two games with these guys and for the most part they are being brought along slowly, which is a wise decision.

DG's draft will be deemed a massive success if Jones is a very good NFL QB that solves the position long-term. I can't and won't call this draft class 'botched' after two games where some of them haven't even played meaningful snaps yet. It's absurd to do so right now. Guys don't make the jump from college to the NFL and immediately set the world ablaze, with the rare exception of a Saquon Barkley, who is one of the best prospects ever.

He got Barkley, Hernandez, and Hill out of last year's draft, and MAYBE a useful piece in Carter. I think DG has done a pretty good job.


They are what they are...stopgaps. I assume you wanted them to field a team full of undrafted free agents and rookies?

Do you believe Bethea was brought in to help this team win, or to help the kids learn about preparation and professionalism in the NFL?

Bethea is a mentor signing.
I am mord upset with the cosches
Matt M. : 9/16/2019 6:24 am : link
The roster is not great, but Gettleman is still working on it. But, what I see is a piss poor job of running an offense and a D that is consistently out of position, has guys runnjng free, takes bad pursuit angles, and almost to a man is fooled by every play action. These are things that are not roster driven.


If it's a rebuild then you have to question the SB pick, you're going to build around a RB? By the time they are ready to compete he may not be the same player. Might have been better to trade down and stockpile picks.
So many experts...
silverfox : 9/16/2019 6:40 am : link
It's like listing to cable news...when all that matters to the fools buying tickets is that the NY football Giants are, and have been a joke for years despite firing just about everybody and turning over the roster. There frankly is no reason for hope.
RE: RE: Gettleman's
ron mexico : 9/16/2019 6:40 am : link
In comment 14579215 santacruzom said:


Yeah, we already cut one mid round pick and another mud round pick has been in IR 2 times already.

There is Barkley, Hernandez and a bunch of guys.
sorry but
giantfan2000 : 9/16/2019 7:51 am : link
Gettleman sold this team as rebuilding but capable of winning now
that is why Eli is still on roster sucking up 11.5 % of cap space

You are high or delusional if you think this roster is worse than it was 2 years ago. The problem is that your expectations are unrealistic. Now we are all unhappy with the results so far especially with the D. The secondary and LB is being addressed it will take some time but the OL is 1000% better. We are 1000% better at RB too. The DL doesn't seem to be the problem especially as we add pass rushers -that will come. Our special teams has gotten better. and we have the QB of the future on the roster but yeah its not better.
RE: RE: It's been a poostorm
Gettledogman : 9/16/2019 8:22 am : link
In comment 14579170 Eric from BBI said:


Idiots rushed the man out of town bc hes too old for a shiny new toy with Macadoo.. learn the lesson build it right take your time -the biggest mistake was keeping Reese and letting TC go. I said it then and I will say it now. They clearly had different visions of a championship team. BTW do you see what hes building in Jax -not ready yet but getting close to being a monster team. Watch Eli go there now and win, he should. Maras know they wasted 6 yrs of the mans career with a lousy GM
RE: sorry but
Gmen703 : 9/16/2019 8:41 am : link
In comment 14579357 giantfan2000 said:


The only gripe I have about Macadoo, besides him being head coach, is that Eli threw for almost 5k yards under him as OC. Damn, maybe it was Coughlin after all.
I too disagree.
Giant John : 9/16/2019 9:00 am : link
Coaching and player execution is the problem.
Wait what, TC
RollBlue : 9/16/2019 9:01 am : link
is doing great things in JAX? He shows up and they contend for the SB, not sure how much his fingerprints were really on that. Last year they were close to being as bad as the Giants, drafted right behind us. This year they are 0-2 - some people need a grip on reality. TC's time has passed as a coach, period.

Until this team gets a good HC and a good QB, it's going nowhere - we may have the QB, but the coach has been elusive.
I was listening to Bill Cowher this morning
arniefez : 9/16/2019 9:29 am : link
THIS IS NOT A VOTE FOR COWHER TO COACH THE GIANTS. His time is as over as Gettleman's.

That's 100% coaching. The Giants are the softest least inspired team I've ever seen in the NFL. On both sides of the ball. Shurmur is another disaster hire by the Mara's. He needs to be fired the day the season ends.
FA has been pretty atrocious.
fkap : 9/16/2019 9:32 am : link
isn't that Chris Mara territory?
We're left praying that the drafts are a success, or there will be no core to the team. Even if they are, it's going to be a long rebuild relying solely on the draft. FA has to do more than just bring in more JAGs.

As said, there's plenty of blame to go around.

As Aces and others said, year one was bungled.
Gettleman has
LakeGeorgeGiant : 9/16/2019 9:59 am : link
made sone questionable decisions, but for the most part the jury is still out. Everything hinges on these draft picks developing.


Do we expect the draft picks to develop under what we are perceiving at the moment as very questionable coaching among the top coaches in the organization?

We could easily draft 3 lbs high and two burner safeties with legit int skills within the first few rounds , as suggested, but one cannot do that with the pick trades.

If Jones is good that's an important piece though.


I see we're still holding on to that one. Maybe in 3 more years people wont still blame the guy that came before.

I'm not sure giving this coaching staff MORE time is an advantage. They sure didn't look more ready for the Cowboys with all summer to prepare than they did for the Bills with just a week. Maybe they need less time instead of more!
I just think
idiotsavant : 9/16/2019 12:56 pm : link
What you are seeing is the fallout from picking the QB. Which may have been the wise thing long-term , but, we simply either needed to trade down then draft all D, or take one of two pass rushers broadly worthy at 6, Allen or Oliver .

So, the shock was not doing that , then secondarily, not having followed the draft, that the QB might be very good and worthy of 6.

As I said at the time, betch kept his mouth shut knowing that he would have to go with sub standard ilbs and safeties for another year.

But you stay the course and draft to fit the DC system. You don't hire then fail to follow through. It's just that we now still do need that D draft regardless.
Pages: 1 2 <<Prev | Show All |