RJ Barrett: Impressive debut. Not flawless though. 17 points, 7 rebounds, 3 assists on 6-13 shooting. It was really a tale of two halves for him. Started off 1-6. Primarily a floor spacer in the first half for whatever reason. Had 14 points in the second half and showed that he has some NBA level moves and can drive and finish with contact. Knocked down a couple 3's. He took over in the second half.

Frank Ntilikina: Biggest stat. Team high +16. He makes our team just play better defensively when he defends at the point of attack. He shot 3-10 from the field. Still not gonna cut it on the offensive end. He just needs to find a way to knock down another shot or two.

Marcus Morris: Early ejection from bouncing the ball off defenders head. Kinda funny if you ask me. Team high 17 points. 6-12, 3-4 from 3, 7 rebounds, 2 assists. Played a good game. He also looks to be playing more of the 3 this year than the 4.

Julius Randle: He played an overall good game offensively. Defensively he's going to have to be hidden around Mitch or Morris. 11 points, 7 rebounds, and 7 assists. His passing is much better than I remembered.

Mitchell Robinson: Typical game from him. Scrappy on the boards, 4 blocks with a few dunks.

Kevin Knox: Appears to be stronger and in better shape this year. Had some good plays. Had some bad plays. Inconsistent game from him. Would have been an overall good game from him if you take out the 4th. His 4th quarter was bad.

Overall this should be a FUN year for the Knicks in a LONG, LONG time.

The Wiz went on a huge late run against our backups, but it was a comfortable win start to finish.

If they play defense and keep the ball movement up they'll be much better than last year. Maybe not 40 win good, but 30 wins is still a 13 win improvement.

i think frank will be out of the rotation, hate to say it but i think he plays spot minutes..


Frank is a ball mover and a defender, and people are confusing this with him being a point guard...


lakers have friends in the media to talk them up no matter what, knicks do not...
If you know the game of basketball
GMEN46 : 10/8/2019 11:39 am : link
Then you noticed how important Frank was yesterday. The ball moves on offense, the defensive intensity is much better when he is on the floor. The stat line shows 3 of 10 but the confidence was there that hasn’t been on the past. He also had a nice pull up jumper called off for a phantom ball screen. The strong plus/minus can no longer be considered a coincidence. He will play valauable minutes this season. Fiz seemed excited about his play after the game. The goal for frank this year should be 40-42 percent from the field and 36 percent from 3. Small improvements every year. Every other part of his game is great to watch. You need a guy like him on the floor.
Interesting stat last night
GMEN46 : 10/8/2019 11:42 am : link
RJ Barrett with Elfrid Payton: 3 points on 1-5 from field, 0-3 from three, 1 assist RJ Barrett with Frank Ntilikina: 14 points on 5-8 from field, 2-3 from three, 2 assists


no ome said his type of play is not important but he is not a point guard, he is a ball mover defender..

he can be what andre iquodola was for the warriors, defend the best player and hit a few 3s..


That's how Brandon Ingram and Lonzo are still considered top-flight young players despite all statistical evidence to the contrary.
BTW, I don't recognize Elfrid Payton without his hair
shockeyisthebest8056 : 10/8/2019 12:47 pm : link
at all.
im assuming he is just putting the nets...
Italianju : 10/8/2019 1:07 pm : link
there cause he plays there. I mean its been pretty long since they had their deep playoff runs. Not sure why he keeps talking about the knicks at all, although im guessing people keep asking him about them, either way he can just not talk about the knicks.

That said im sure he is right. And not the "cool" part, but the winning part. THese guys have the power to basically pick their team, why would they want to come to a perennial loser with a dick owner. Knicks need to start putting a descent team out there before a superstar is going to choose them.
RE: RE: RE: Durant says knicks were not cool enough
PhiPsi125 : 10/8/2019 1:10 pm : link
In comment 14618690 TyreeHelmet said:


If he truly never considered the Knicks (which I don't believe) then it's the biggest troll job by an athlete ever. Way too much smoke for that to be even remotely true. KD's injury changed a lot.

This is his job now...promote Brooklyn which includes disparaging the Knicks. Not unexpected but also completely transparent. I read his quote:

"Fans expect players to join the Knicks because of their brand but players coming up and after me have watched the Knicks lose and they aren't cool anymore...unlike teams like the Warriors, Lakers or even Nets."

I mean, not entirely untrue. But an odd thing for a basketball player to say in the media. Lakers I get...they have shills everywhere. Warriors where a horrid franchise until about 5/6 years ago, but sure. Nets...LOL.


There is no way in hell he comes anywhere near that. He's utterly useless with the ball in his hands.
Said it before: This team looks different
81_Great_Dane : 10/8/2019 1:16 pm : link
if Frank is actually good. Knox too, but especially Frank.
Comments from Last Night
Pete44 : 10/8/2019 1:22 pm : link
RJ Barrett is going to struggle a bit like all rookies, but his competitive streak is something that can change the culture of this team. I loved his defensive intensity. Whichever PG, gets him involved is the one that should start and last night that was Frank. I hated the way Payton played.

Marcus Morris is a nice to have, but takes away from the younger players.

The Knicks are stronger than more athletic, they will be an excellent rebounding team.

Unfortunately, the Nets are viewed as winners as these guys grew up remembering the Kidd/Kenyon/Jefferson finals teams. I think that is what Durant is referencing.
In a year or two...
manh george : 10/8/2019 2:07 pm : link
Barrett is going to be our first all-star.


That would double our win total. That's a big lift.
That's because they hit rock bottom last year
Greg from LI : 10/8/2019 6:11 pm : link
They have a much better roster this year. Not a good roster, mind you, but much better than last year's. 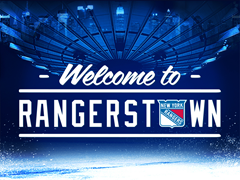 
Yeah I am already done watching Payton. 2 preseasons games in and I can already tell I am going to really dislike him and Bobby Portis.
People eed to realize there are 8 new players
nygiants16 : 10/12/2019 11:29 am : link
trying to mesh together, the hardest position to play when playing with new guys is point guard..

it is going to take some time for the offense to come together..

even randle you ca see him hesitating when normally he is agressive...

amni saying payton is some great player? no but last night was one of those nights where everything went wrong for a team learning to play together..

Payton will never be a scorer, he is a passer and rebounder and i dont think his defense has been bad..
Teams will pack the paint
nygiants16 : 10/12/2019 11:33 am : link
until morris and randle hit the open 3 consistently..