Mike Graves : 11/7/2019 9:06 am
not to sound like a Scrooge i love Christmas more then the next guy, but every other commercial on tv seems to have some Christmas theme, i started seeing them during the cards 9ers game halloween night. same during the sunday night and monday night game,. can we at least get to thanksgiving week until see starting seeing all this christmas stuff.then the same commercials are aired until wild card weekend lol
The Christmas car
Chef : 11/7/2019 9:08 am : link
commercials are the worst...
nothing will be worse than the Lexus Christmas commercials
GMAN4LIFE : 11/7/2019 9:08 am : link
give the gift of an expensive car
How about the Mercedes one with the little fat kid
jcn56 : 11/7/2019 9:12 am : link
extorting Santa out of his Benz?


I have, but only because I know my wife would buy me one in return. And we'd have big ribbons on top of them and then have a playful snowball fight in our pajamas.

I love TV, so much better than the real world where the same 60k car would have some dumbass on the street here in Brooklyn back into it and mar the bumper the first day you get it.
The Luex commercials with the bow on top of the
SFGFNCGiantsFan : 11/7/2019 9:50 am : link
car...The worst.

it too was unrealistic, I mean my family getting in a horse drawn carriage, riding out to the woods, getting a Christmas in the middle of the woods and taking it back to my home on that horse drawn carriage is no more realistic than putting a bow on a Lexus and surprising someone Christmas morning, but for whatever reason the Clydesdales, the bells jingling, the background music, the snow falling, all felt like Christmas.

the oompa loompa song played at a different speed and a surprise car in the driveway do not invoke Christmas (for me).

...getting a Christmas **tree***
There's no question they have
GmeninPSL : 11/7/2019 10:05 am : link
began to bombard us earlier than usual and a big part of that is because Thanksgiving comes so late this year (November 28th) which gives consumers 6 less shopping days than last year. But I totally agree this is ridiculous! In a new world where internet shopping has increased considerably and most things ship within days it would be nice to get a break between Halloween and Thanksgiving and allow us consumers to just enjoy these two holidays instead of shoving Christmas down our throats before we can digest the candy and stuff ourselves with Turkey!!
RE: The Christmas car
bradshaw44 : 11/7/2019 10:10 am : link
In comment 14667877 Chef said:

I thought everyone lived in giant postmodern houses
Greg from LI : 11/7/2019 11:31 am : link
and gave each other cars for Christmas? It's not just Lexus either. 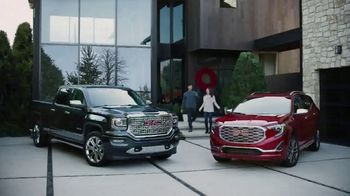 
I like the one with the pickup truck and the SUV better, where the woman grabs the pickup in front of the McMansion.

You never ask a navy man if he'll have another drink because it's nobody's goddamn business how many drinks he's had already, right?
I was getting dinner last night
gapofstrahan : 11/7/2019 3:13 pm : link
at a local sushi place and I must've seen the Lexus car commercial six or seven times within a 90 minute period. They really just drill it into your head that it's not Christmas without massively putting yourself in debt.
RE: Thanksgiving is 3 weeks away.
Gatorade Dunk : 11/7/2019 3:17 pm : link
In comment 14667980 SFGFNCGiantsFan said:

I'm sure the calendar industry agrees with you. Everyone else has budgets to worry about.

Get rid of the premature Christmas commercials? Sure, but they're only going to be replaced with equally annoying but perhaps more seasonally appropriate commercials.


It beats about 24 straight erectile dysfunction commercials during a football Sunday, that's for damn sure.
RE: RE: Thanksgiving is 3 weeks away.
Gatorade Dunk : 11/7/2019 3:21 pm : link
You also have to realize that there are a lot of reliable metrics that detail how many times a marketing campaign has to come into contact with a consumer before they get to conversion. Does it seem early? Of course, but if they're going to be running ads in those timeslots anyway, it only makes sense to have the same promotion and creative because to do otherwise is to reset the conversion clock.

The early Christmas commercials are most likely a response to an increasingly large streaming behavior which means that it will take longer for any campaign to get to the magical 14th touchpoint.
RE: RE: Oh come on....
Mad Mike : 11/7/2019 3:26 pm : link
In comment 14667953 jcn56 said: