NFT: Cris Carter 'is no longer with' Fox Sports

This was the initial report, but I read an article yesterday saying that although that part is true about the Thursday Night gig, the reason for his dismissal is much more “serious”. But who knows, really. Could be the serious part is going after FOX brass I suppose
RE: Apparently he was irate....
jcn56 : 11/8/2019 8:06 am : link
In comment 14668910 bw in dc said:


Yeah, but firing someone for being an asshole in an employment at will state is just fine - they could have released a statement indicating that his behavior wasn't acceptable and they had to part ways.


Agreed. Let's hope that he really did fuck up and do something wrong or you sure as shit know that this is coming next. 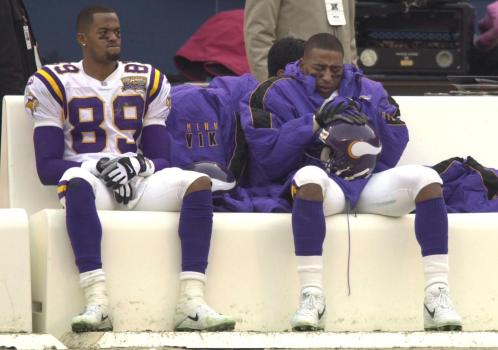 I want to cry.
He’s been a scum bag his whole life
LauderdaleMatty : 11/8/2019 5:26 pm : link
He got sober and was lauded for it. Problem is he was a sober pile of shit. That he was able to get job after job in media says a lot about that industry.