Q: Nick Gates—what do you like about him as a player and how capable is he?
A: What I like about Nick Gates as a player is, first of all, he’s a tough guy, he plays with athleticism and balance. He’s a conceptual player, he kind of does everything you ask him to do. I like everything about him. I think he’s got the mental makeup and he’s got some physical tools. What he needs the most, as any young player, he needs to play more. He needs to play. What he did in the preseason, and all of the different positions he played– he played all five positions in the preseason. He shows a lot of promise, and I’m glad we have him.

Q: You guys have had so much consistency this year on the line. How do you think the various injuries and the substitutions will affect you this weekend?
A: We’ll see what happens come gameday and who’s up and who’s not up. The bottom line is every single week, everybody’s got injuries. At every position, including the offensive line, you’ve got to put five guys out there you need to win with. So basically, you’re always coaching two offensive lines— the one you’re getting ready to play on Sunday and the one you may have to play next Sunday. I’ve been coaching Nick Gates and I’ve been coaching Evan Brown and I’ve been coaching Spencer Pulley and I’ve been coaching Slade and Eric Smith. I didn’t just start coaching him this week, I’ve been coaching that guy for months so that when the time comes, he has to step in. You have to do that— every position has to do that. You have to always be proactive because as we know, the game of football, especially in the NFL, is a game of injury. Your next man has to always be up, but it’s my job to make sure that when the next guy comes up, that I’ve got him prepared and I didn’t wait until this past Wednesday to start getting the guy ready.

Q: We’ve talked all along about Pio (Jon Halapio) and Pulley and how you guys thought you had six starters instead of five. From a player standpoint, how different is Spencer Pulley than Pio? What do you expect, if you do expect anything, different?
A: I don’t expect anything different. Pulley played really good for us last year. I went back, and I watched a couple of the games from last year just to look at him and see how he played last year. He’s a smart player, he’s a tough player. He’s probably bigger and stronger than he’s ever been. I’ve kind of monitored these guys and how they’ve progressed. He’s actually about 9 to 10 pounds heavier, he’s a lot stronger. So, I expect more physical play out of him. He’s a cerebral player, he’s a functional player, he plays with athleticism. Honestly, we should not, I don’t expect to miss a beat. To say they are going to miss a beat, I think, is making an excuse. I expect that he will play, and demand that he will play, every bit as good as Pio did. That’s what I expect. That’s what he has to do for us when there is no excuse, ‘well he’s not…’ No, you go out and play.

Q: Can you assess your run blocking and pass blocking? What have you liked about it and what do you think you can get better at?
A: The one thing I think that’s really important is within the concept, let’s say in terms of the run game, there is usually 10 guys involved in the run game. First and foremost is the offensive line, we bear the most burden and then with that is the tight ends, the fullbacks, the receivers, the running back and all those things come together. The thing that disappoints me the most right now, normally on each play we are one block away, we have seven or eight guys doing something right and one guy is doing something wrong, and that one guy makes the play. You look on the other side of the coin on defense, you could have seven guys getting blocked and one guy skirts through and makes the tackle for a one-yard gain, and you’re like what a great defensive play, that’s the problem right now. I think to run the football, which I’ve said is the hardest thing to do in the game of football against overloaded boxes, there is no room for error. It’s a lot of one on one or two on two matchups and through your assignment and fundamentals, you have to execute. To say I’m pleased with the run blocking right now, I’d be lying. I’m not pleased with the run blocking until we are rushing the ball for 120 yards a game. What’s the issue right now? It’s not preparation, it’s not want to, it’s not effort. When the rubber hits the road and you’re in that one on one fist fight with that guy upfront, do you technically outmatch him and beat him or does he beat you? That’s what offensive line play is, it’s 75 one on one fist fights every single game. Same thing in pass pro, offensive linemen average 70 snaps a game. A guy like Nate Solder, we’ll go back to this past week because he has been a guy that has struggled at times. Out of 75 snaps, he probably graded positive on 65 snaps. He had one bad play, but that bad play can’t happen. Whereas a defensive lineman can get blocked for 65 plays and he gets a tackle for a loss, a pressure, and a sack and he had a great game. That’s the difference between offensive and defensive line play. Offensive line play is all about consistency, we don’t have to make a great play, we aren’t throwing a touchdown pass or making a long run. We have to be consistent play after play and block our guy. You are going to get beat, you’re not going to win every single play, but if you do get beat, it can’t be a disaster play, it can’t be play where you cut a guy loose and he comes in and smashes the quarterback, or he tackles the back, it can’t be a no-hitter. That can’t happen, that’s the consistency of offensive line play and it has to be there every single play. As we continue to move and go in the right direction, we have to continue to play with more consistency fundamentally. There’s not been a lot of breakdowns schematically, that starts with me. I take the burden of it, I take the forefront. Coaches coach and players play, it’s the job of the coach and the player to work to together to get the right outcome. Like teachers teach and students learn, but they work together so they can succeed. That’s on me, that’s what we have and that’s how we look at it.
. Â
robbieballs2003 : 11/8/2019 4:15 pm : link 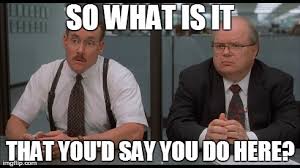 KISS OF DEATH Â
Platos : 11/8/2019 4:18 pm : link
Q: Nick Gates—what do you like about him as a player and how capable is he?
A: What I like about Nick Gates as a player is, first of all, he’s a tough guy, he plays with athleticism and balance. He’s a conceptual player, he kind of does everything you ask him to do. I like everything about him. I think he’s got the mental makeup and he’s got some physical tools. What he needs the most, as any young player, he needs to play more. He needs to play. What he did in the preseason, and all of the different positions he played– he played all five positions in the preseason. He shows a lot of promise, and I’m glad we have him.
another gem Â
Platos : 11/8/2019 4:20 pm : link
"I’ve kind of monitored these guys"


We brought in a couple good oline coaches trying to make chicken salad out of chicken shit and ran them out of town. But Hal Hunter? What the fuck has he done? If anything our high priced left tackle is playing much much worse, and you can't tell me its all age related, plent of good old offensive lineman. Guys don't really fall off unless for injuries that pile up.
Platos Â
cosmicj : 11/8/2019 9:00 pm : link
I caught that one, too.
RE: RE: This would be OL coach #3 that the Giants have rendered Â
Jay on the Island : 11/8/2019 9:04 pm : link
In comment 14669830 Zeke's Alibi said:

Mike Solari is a very good OL coach but even he couldn’t get anything out of Flowers. He wasn’t given much to work with. The Giants should have stuck with him IMO. Hal Hunter has been given far more talent yet nobody has improved under him. They should fire him ASAP and hand the reins over to Ben Wilkerson for the rest of the season. This offseason they should be very aggressive in their pursuit of a top OL coach like Bill Callahan.
RE: another gem Â
Jay on the Island : 11/8/2019 9:06 pm : link
In comment 14669658 Platos said:


He has coached OL failures wherever he has coached. His coaching accelerated Luck's retirement. The only reason he has stuck around for so long is his dad's legacy.
I loved this statement before the 2nd question: Â
smshmth8690 : 11/8/2019 10:34 pm : link
Q: You guys have had so much consistency this year on the line.

I watched Pulley last season because I was intrigued by him due to his experience and age. It was evident each week that Pulley was not a starting center. He is smart and appears to do a good job with the calls but power gives him fits. He was frequently pushed back into the pocket.

Hunter said that he added more mass to his frame so hopefully he will hold up better against the bigger DT's. The Giants have to bring in a legitimate center next offseason. Neither Halapio or Pulley should be starting.