allstarjim : 11/14/2019 11:51 pm
This is going to be a big story in the morning. For those of you who did not stay up late, Garrett ripped the helmet off of Mason Rudolph and swung it at him, connecting with Rudolph's head. Rudolph seems fine, but the act itself was incredibly dangerous and Garrett might have an unprecedented suspension coming his way. Possibly season ending.

And Pouncey, although I can't blame him, went nuts on Garrett with punches and kicked him in the head and neck area while he was pinned. All of this and there was :08 seconds left in the game.

And these two teams play again in two weeks.

This is the most Browns thing ever. The defense just played a great game, Mayfield was good, they ran the ball well, and physically beat a division rival they hadn't beaten in what, 5 years I think Joe Buck said? They get a huge win, the game is ending, and their best defensive player puts himself in a situation where he may not play again this season.

This is worse than Haynesworth.


I'm not absolving Garrett at all, he's a scumbag for swinging the helmet for ANY reason. However, there were several head shots that were nearly as bad by the Browns (including a Helmet to head that drew blood), and there's no way Kitchens does not see that. He needed to call a time out and take control of his team.

Like it or not, the Head Coach is responsible for the behavior of his players during the game. There's a reason for that, because the game is violent enough as it is in terms of injury. You can't have gladiator games out there, the NFL would be shut down if that happened, and they know this.


A single punch is an auto ejection and if you had any sort of history of late hits/unnecessary roughness, it would likely also draw a suspension. Multiple punches and kicks? Has to be at least a couple games.
RE: entire season next year
Matt in SGS : 11/15/2019 10:23 am : link
In comment 14680114 bc4life said:


Bingo, that is the first thing I thought, you can break a guys neck like that, especially a 300 lb man against a completely immobilized Garrett. Both guys should be suspended for the season.
2 weeks Browns at Steelers...
morrison40 : 11/15/2019 10:40 am : link
Cage match at halftime, Garrett vs Pouncey, Suh the ref . That will settle all the family’s business !
Garrett
Lines of Scrimmage : 11/15/2019 10:40 am : link
should receive at least a rest of the season suspension and the league should act quickly.

Pouncey will get one as well but far less. For those questioning him, try to think about the mindset of a OL regarding his QB. Protect.

From a young age the QB right or wrong is looked at differently when it comes to contact. They wear a red shirt in practice, some think coddled with rules favoring them but to a OL protecting him is sacred imv.

Looking at the replay Pouncey seems to lose it when Garrett swung helmet. If he didn't I think he just would have shoved him.
Not sure if I'm entirely sure if I'm on
Coach Red Beaulieu : 11/15/2019 10:51 am : link
The Garrett hate train. Division rivals with two bush league coaches, lot of dirty stuff happening throughout the game.
I'd give Garrett 5 games
ghost718 : 11/15/2019 11:13 am : link
Especially after seeing the kick and grab,which I think happened.

Garrett has been somewhat unhinged this year. He’s had some flagrant physical play that’s been clear and not disciplined. He’s gotten a lot of fouls and penalties called and some have been the judgement type but he’s basically now gone out and tried to hurt quarterbacks three times this year.
I think Garrett should get suspended a full 16 games.
Someguy1978 : 11/15/2019 11:25 am : link
He appeals and has it reduced to 12 games.

Pouncey gets four games, appeals and has it reduced to two games.


There is no excuses for Garrett's behavior or actions. He could have caused a serious injury. I think the league makes an example out of him.

Pouncey's past doesn't help him, which I why I think he gets the four games, but gets reduced to two through appeal.

My money would be on Pouncey
Carl in CT : 11/15/2019 11:28 am : link
Kid grew up a fighter
I don't see
Joey in VA : 11/15/2019 11:37 am : link
The point in defending anyone here or tallying up the gravity of the events to prove who was more or most at fault. Rudolph was dumb, Pouncey acted with malice, Garret acted with malice. All three carry blame all should be punished. Perhaps not equally but the defense of any of these idiotic actions seems pointless. All were to blame, all acted foolishly and dangerously. A spike on Rudolph's cleats could easily clip an artery on Garret's leg and kill him in minutes. These are big powerful humans wearing protective gear that when used as a weapon can be deadly. They were all reckless and dangerous actions, some more obvious but when, as Bill2 correctly noted, you look closer all of these things are incredibly dangerous.
How is Rudolph instigating?????
twostepgiants : 11/15/2019 11:38 am : link
Garrett intentionally and blatantly roughed the passer and twisted him
And threw him on ground in what should have been an obvious penalty

Then swings it and connects at his head


There is a difference between "attempt" if that was even that and actually ripping a helmet off and actually using it as a weapon and hitting an unprotected player with it.

Rudolph has a right to get him off him and in the 1-2 seconds his hand touched Garretts helmet, withGarrett on top f him and Rudolph pinned on ground, im not sure I would describe that as an attempt to rip his helmst off.


Once again... ACCURATELY describing the events doesn't lessen the egregious nature of Garrett's actions. If people aren't interested in accurately describing what happened, then they're probably more interested in narratives than the truth.
What Rudolph did warranted a penalty flag
widmerseyebrow : 11/15/2019 12:14 pm : link
not a suspension.
Rudolph should get an insubstantial fine
Mike in ramapo college : 11/15/2019 12:16 pm : link
what he did was not suspension worthy.

I think the NFL got this right for once, even though I would have given Pouncey 1 (and could justify 2) based on how the NFL has treated fights in the past. His reputation didn't help him though.
RE: Rudolph should get an insubstantial fine
giants#1 : 11/15/2019 12:23 pm : link
In comment 14680254 Mike in ramapo college said:


Re: Pouncey
1. As you allude to he has a rep for this
2. Past "fights" typically involve 1-2 punches that may or may not connect. He threw at least half a dozen haymakers at a guy who was pinned to the ground, then got up and proceeded to kick him in the helmet.
Plus the magnitude of the entire fight
giants#1 : 11/15/2019 12:25 pm : link
was always going to increase the resulting penalties. If Ogunchi(sp?) did that after say an INT, he gets ejected and likely a hefty fine. Doubt he would get a suspension for that hit normally (unless he has a past I'm missing).
Half a dozen "Haymakers"?
KWALL2 : 11/15/2019 12:30 pm : link
Not close to accurate
This is waaaay over the top
mrvax : 11/15/2019 12:33 pm : link
and Garrett should be banned in the NFL for good.
Pouncey's kick
KWALL2 : 11/15/2019 12:35 pm : link
was a fade away kick with very little force. I can't believe he got 3 games. He overreacted after his QB was assaulted like we've never seen on a field before. Maybe one game for the kick.

The other guy? Should get more than Burficts 12 games.

Should have arrested his ass too.

If a guy hits a coworker like that hes in cuffs and in jail. Playing football shouldn't be a factor. He should have been arrested.


well from some of the sports talk shows I listened to this morning, let's just politely ysay that Browns fans aren't unilaterally condemning their boys' actions...last night WAS their Super Bowl for all intents and purposes... 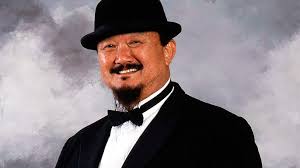 Garrett deserves everything he gets. Should have been roughing
Blue21 : 11/15/2019 2:00 pm : link
the passer to begin with. I don't blame Rudolph being upset at all. Pouncey was probably ok until the kick to the helmet.
He certainly gets something for that. But the Garrett actions were way over the top from the initial hit on Rudolph. He most certainly was trying to cause serious injury.
RE: Imagine that Garrett was a Giant and did this
Nine-Tails : 11/15/2019 2:12 pm : link
In comment 14680328 Steve in ATL said:


Odell had a running start and bashed someone unsuspecting. The force could’ve crippled him. There’s no place for both of these actions, and same goes for pitchers beaning hitters with 100 mph heaters intentionally
Myles Garrett Goes Crazy......
johnboyw : 11/16/2019 6:24 am : link
Myles Garrett proved that he is nothing more than another street punk who happens to play football. A disgrace to the league and to all the great players who respected the league when they played. Should draw a minimum suspension of one year.
Hats off to Pouncey and DeCastro for coming to the aid of their QB and kicking the shit out of him. He got exactly what he deserved.
RE: RE: RE: RE: Imagine that Garrett was a Giant and did this
BigBlueShock : 11/16/2019 7:24 am : link
In comment 14680399 Nine-Tails said:

I’m not going to defend Beckham, what he did was bullshit. However, with the way Norman acted both pregame and during the game, if he was “unsuspecting”, that’s his stupidity.

Sheriff "Little Bill" Daggett: Well sir, you are a cowardly son of a bitch. You just shot an unarmed man.

Oh I agree. I’m certainly not condoning what Beckham did. It was terrible. But Norman was instigating from pregame. He body slammed Beckham after a play. Among other bush league nonsense. If you’re going to continuously try to provoke someone you’d better understand that person may have a trigger point where they go completely off the rails. As we all found out, Beckham was a bit psychotic at times. Norman found that out the hard way. Unfortunately. Norman was being a complete punk in that game.
Yep
Jimmy Googs : 11/16/2019 8:13 am : link
and OBJ took the bait.
Pages: 1 2 3 4 5 6 <<Prev | Show All |