Q: For your first time coming out of a bye week, what is your mindset and approach to these final six weeks after having a week off?
A: I think, as a team, I feel like we were able to recharge a little bit. I think our mindset this week is to attack it and do what we’ve been doing, do it better and more consistently. So, we had some good practices last week on the bye week and a little time to rest up and get ready for this last stretch. I think we’re enthused and ready to go.

Q: This Chicago defense with Khalil Mack, not quite the player he has been so far this season, but how are you preparing and what are you expecting?
A: Yeah, he’s a good player, one of the top pass rushers in the league, so we’ll have a plan for that. They’re a good group on defense, and like I said, we’ll have a good plan for it. I think we had a good start to it today and we’ll keep building off of it. It’s about what we do, it’s about how we execute that plan and us being ready to go. So, they’re a good defense, but we’ll be ready for them.

Q: The way you hooked up with (Darius) Slayton the other day, 10 catches for over 100 yards, is that something we realistically can expect to continue to see as the season closes?
A: Yeah, I think so. He’s a really good player and you’re able to see all the different things he can do on the field. So, I think he’ll continue to step up and make plays, and I’ve just got to make sure to get him the ball. I think he’s done a really good job so far.

Q: Is it a good time for guys, especially the offensive line, just guys coming back from injury, to enable you to have a full line out there?
A: Yeah, I think we had guys step up and play well, and a lot of trust in all those guys, but the bye week gave us a chance to get a little bit healthier and get some guys back out there. So, yeah, I think we’ll be ready to go.

Q: When was the last time you played in a cold weather game?
A: I’m not sure, a while ago probably. But we played Pitt in college, there was snow toward the end of the game, but I think it usually didn’t get too cold in Durham.

Q: How much do you factor in the wind, though, with your passing game?
A: Yeah, that’s something that fortunately we deal with at practice. Just about every day we get some good practice with that. So, I’ve heard that’ll be a factor in Chicago, and I think luckily, we’ll be ready for it.

Q: What’s the benefit of a week where you didn’t have to game plan and worry about the next opponent? Did you allow yourself to kind of let things wash over you and just thought through some things that the benefit of time allowed you to do that was helpful?
A: Yeah, I think so. We kind of have some time to look back over the 10 games we’ve played and what we’ve done well, what we haven’t done well. So, I think the bye week gives you a little bit of a chance to do that, and then also I did spend some time trying to get ahead this week and focus on that. But like you said, I think as a team, as an offense, we’ve been able to look back at some of that stuff and take a closer look at what we’ve done well and what we haven’t.

Q: Did anything click for you that maybe you hadn’t realized earlier on? Certain plays?
A: I don’t know if anything necessarily in particular really popped out that was different than what we’ve been focusing on. But I think you just get a little bit more time to see some of that stuff, and revisiting some of the mistakes, some of the turnovers in particular, and ways I can work on that. So, I think the bye week gave us the opportunity to do that.

Q: The fumbles, there hasn’t been a common denominator, many of them have been in certain circumstances and what not. But as they’ve mounted a little bit, does it become a psychological thing? Obviously, ball protection is the first thing you’re probably thinking about, but can it get to the point where you’re thinking maybe a little too much about it and it gets into your head a little bit?
A: I don’t think so. I think it’s something that I need to be mindful of constantly. It’s not like a golf swing or something where you—it’s about being mindful of it and being aware in the pocket, protecting it and getting the ball out on time. I think all those things are important for me to stay mindful of.

Q: Do you feel personally that maybe that’s the one thing that’s been holding you back more than anything?
A: There’s certainly a number of things that I need to work on, but yeah, that’s definitely one of them, and it probably is the most critical thing that I need to correct, so I’ll work on that.

Q: Is there something technical that you can kind of narrow down and that you’ve worked on, as simple as just making sure to keep two hands on the ball?
A: Yeah, I think that’s part of it, and just getting the ball out on time and not holding it. Like you said, I think it is pretty fundamental in that holding the ball with two hands is going to be more secure than not. So, making sure I’m doing that and getting the ball out on time.

Q: Has there been anybody who has particularly helped you with that, whether it’s Alex (Tanney) or Eli (Manning), or anybody you’ve talked to and gone over stuff with?
A: Yeah, we’ve talked about it and those guys say the same thing. I don’t think it’s necessarily a complex problem to fix. I think it is as simple as keeping two hands on the ball and getting it out on time. So, I’ve talked to all those guys, Coach Shula, Coach Shurmur. I think I definitely need to work on that.

Q: Is there anything in practice you do that’s maybe a little more unorthodox to try and help that at all?
A: Not really, just trying to stay mindful of it and keeping two hands on the ball. Just continue to focus on that.

Q: Years ago, there was a running back here named Tiki Barber and he had a fumbling problem and (Tom) Coughlin made him go home and just hold the ball in his hand for like weeks at a time. Is there anything drill-wise that you have changed in the recent days?
A: I haven’t done that, and I’m not sure I will.

Q: What do you think is the overall theme here with six games to go, for you and the team?
A: I think to keep pushing. As a team, we’ve done things well at times, and obviously haven’t’ been consistent enough with those things. I think the mindset is to realize that we can do it and we have done it, we just need to avoid the negative plays, avoid mistakes, and do the things that we can do more consistently. I think that’s the focus and we have an opportunity here with six games to get back on track and finish strong.

Q: Does this team look re-energized to you?
A: I think so, yeah. I think through the last few weeks, and particularly this last week with our two practices, I think we’ve come to practice ready to work. We’ve practiced hard, I think you’ve seen guys’ focus remain consistent. I think we’re ready to go and ready to finish strong.

Q: Are you allowed to share kind words with Trubisky or are you not allowed?
A: (laughter) Yeah, I kind of have gotten to know him over the years a little bit. Yeah, there’s that (Duke-UNC) rivalry. He’s a good guy. It’s been fun getting to know him.

Q: Just from the rivalry is how you got to know him?
A: Yeah, the coach at Duke was buddies with him growing up, so I kind of got to know him through him and spend a little bit of time together. It’s been cool to get to know him. But like you said, there will always be that rivalry there (laughter).

Q: The coach at Duke meaning your head coach?
A: An assistant coach (Graduate Assistant Coach/Defense Joe Kasper).
:-( Â
GiantGiantsFan : 11/20/2019 3:41 pm : link
Q: Years ago, there was a running back here named Tiki Barber and he had a fumbling problem and (Tom) Coughlin made him go home and just hold the ball in his hand for like weeks at a time. Is there anything drill-wise that you have changed in the recent days?
A: I haven’t done that, and I’m not sure I will.
. Â
Amazinz : 11/20/2019 4:02 pm : link
The legend of high and tight continues to grow.
I hate the Tiki comparison for Jones. Â
robbieballs2003 : 11/20/2019 4:16 pm : link
Jones is a fuckin QB. He's not a RB. Yes, he 100% needs to be better with the football but what Tiki dealt with and what Jones is dealing with is totally different. Jones may have an issue with his grip but his biggest issue is putting himself in poor situations. Yes, our OL has given up pressure but too many of these fumbles are a direct result of DJ holding the ball too long and not having that clock go off in his head. He needs to know when to throw the ball away or move out of the pocket. Tiki's issue was holding the ball carelessly when he was around defenders. Jones has 2 hands on the ball most of the time.
RE: I hate the Tiki comparison for Jones. Â
Eli Wilson : 11/20/2019 4:36 pm : link
In comment 14684925 robbieballs2003 said:


I see your point, but still I'd like to see at least a Fing drill or two to correct the fumbling issue when its such a core issue. It doesn't have to be the exact same as Tiki's drill, but is there any guidance whatsoever this coaching staff can provide in terms of mechanics?
RE: RE: I hate the Tiki comparison for Jones. Â
robbieballs2003 : 11/20/2019 6:57 pm : link
In comment 14684948 GiantGiantsFan said:


Definitely. It should be addressed and worked on. I definitely agree with you there. All I am saying is pointing to a RB correcting a fumbling problem is completely different from correcting a QB.
Giants need to Â
broadbandz : 11/21/2019 5:12 am : link
invest in this 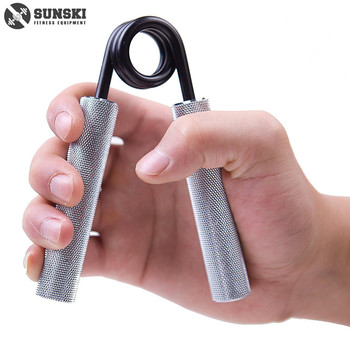