I think our coaches under Shurmur failed in this area.
Fundamentals and accountability
Saquads26 : 1/9/2020 7:51 pm : link
Huge!
It's obviously a very superficial glimpse into his vision...
Torrag : 1/9/2020 7:51 pm : link
He has a presence and commanded the room. I am excited about his concepts for utilizing players to the best of their abilities. Being multiple and versatile in scheming to our strengths and pressuring opponents weaknesses. Identifying coaches that are actual teachers vs. 'presenters' is an interesting and important distinction.

Now we see how long it takes him to find his stride. He's never done this before. There will be crucible moments. Let's not overreact to them when they don't all go as we'd like them too.
obviously I've been following the news all day but I just saw
Del Shofner : 1/9/2020 8:01 pm : link
the video of the press conference now.

Very impressed! Too many great answers to the reporters' questions to list them all here.


100% agreed. This was probably the biggest issue with Shurmur. I think a lot of the players who didn't have the best seasons last year might look like new players next year.
One of the things that just leaps out about our new Head Coach...
M.S. : 1/9/2020 8:11 pm : link
...is that he is very passionate, but not in an in-your-face obnoxious way.

But Joe Judge has a fire in his belly. Make no mistake about that!
Very impressive!
Simms11 : 1/9/2020 8:43 pm : link
I like his intelligence. McAdoo was said to be the smartest guy in the room, Shurmur was an adult and this guy is just all that and much more. I’m pretty excited to see where this goes.
RE: It's obviously a very superficial glimpse into his vision...
KeoweeFan : 1/9/2020 8:48 pm : link
In comment 14770746 Torrag said:
What was important to me was his understanding of creating and articulating a VISION and with appropriate staff interaction, letting his Coordinators create the strategies that implement that vision (and which can change game to game). Play calling is tactical within that strategy.
What an incredible speaker
rnargi : 1/9/2020 9:00 pm : link
No "uhs", "ahs", "you knows", pregnant pauses, nothing. Not a single filler word or phrase. Authentic. Direct. Engaging. Didn't read from a paper, notes, or teleprompter, yetbdid not come across as rehearsed or forced. Spoke passionately but in comfortable voice. Repeated questions asked of him to ensure he understood the question. Answered directly with out evasion. Looked everyone in the eye. This man was born to speak in front of people.
RE: What an incredible speaker
Eric from BBI : Admin : 1/9/2020 9:11 pm : link
In comment 14770841 rnargi said:


He did have some notes, but he only glanced at them a few times.
Very impressive
ChathamMark : 1/9/2020 9:19 pm : link
And a lot of Belichick in there. Have thought about the things he said for years with the Patriots great run. No square pegs in round holes. Maybe we run it 40 times this week and pass 40 times next week. Play to the player's strengths against a particular opponent. Get a good staff and get to work. Good start, in my opinion.
RE: Very impressive
Leg of Theismann : 1/9/2020 9:47 pm : link
In comment 14770874 ChathamMark said:


That was honestly the most refreshing part. Shurmur literally only had his way of doing things and was dead set on running his offensive scheme regardless of our personnel and regardless of who were were playing against. Not only that but he was awful at making in game adjustments (I’m not sure he ever even made any), could not adapt on the fly, and that was the exact reason Pederson beat us ever single second half even though we’d often take the lead over the Eagles in the 1st half. Adapting your scheme to your players and adapting your game plan week in and week out is (and year in and year out) is exactly how you win in the NFL and win for a long time.
I love how emphatic he was about a lot of the basics,
CT Charlie : 1/9/2020 10:05 pm : link
including the fact that he isn't going to be an offensive coordinator, a defensive coordinator or run the special teams. He is going to be overseeing everything, and everyone, and making sure the coaches are teaching what needs to be taught.
Even better the second time watching it
Boatie Warrant : 1/9/2020 10:32 pm : link
I even had the wife and kids watch it.. lol
I wanted to listen to a podcast about the presser
Giants4Life : 1/9/2020 11:51 pm : link
But god .. Mike Lombardos cast is terrible. What an axe to grind
Just no value at all
Coach Judge won me over.
BocaGene : 1/10/2020 12:02 am : link
In my corporate career, I was promoted very early on. I was told in interviews that I was too young, inexperienced, not ready. I persevered and found a company/position that took that risk. Result: Those folks became richer! Every head coach, at some point, was NOT a head coach. (Insert VP, President, CEO...etc) Until one gets that opportunity, well, Joe Judge has gotten that opportunity and, IMHO, he will succeed hugely! He has that "it" factor.
Continued....
BocaGene : 1/10/2020 12:07 am : link
He already grasps the concept of delegation and being a CEO. He will not have a color coded, laminated, double sided placard of thousands of plays in his hand on the sidelines guy. I, as a business guy, never understood that idea as a Head Coach. Remain a coordinator, there is nothing wrong with that, but, you must make that mental transition to be a successful HC.
Very impressive
Danny L : 1/10/2020 12:19 am : link
indeed.
Im actually excited to see this team next season.
He sounded like a fusion of Tom Coughlin
BlueLou'sBack : 1/10/2020 1:17 am : link
and Vince Lombardi.

Hopefully that translates into a him being or becoming a leader that inspires the modern 20 somethings.

I liked the fact that he is aware he will need to inspire his troops after loses and keep them believing in him even when things don't go well. 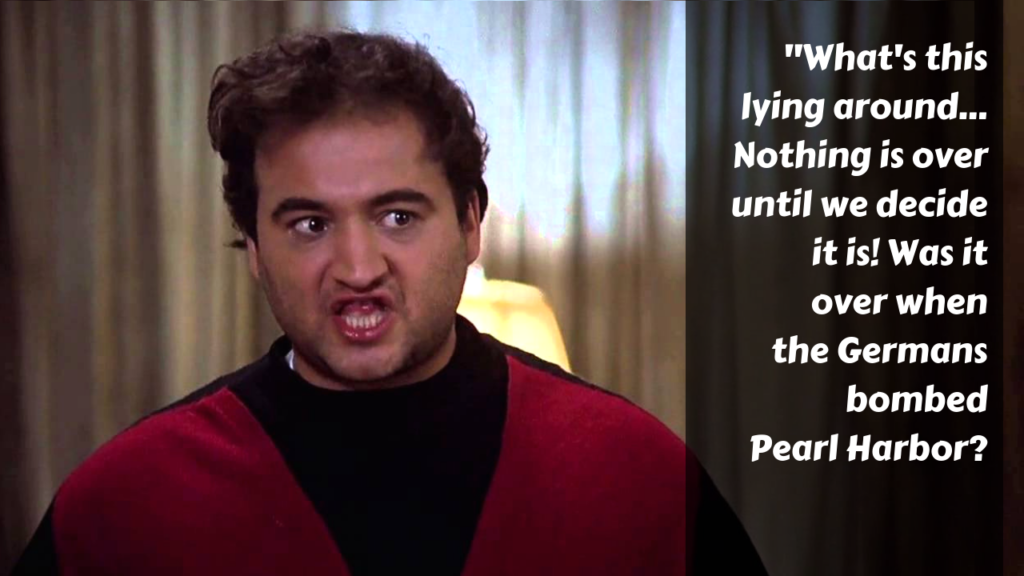 Wow. He's an intense dude. I'd be scared to fuck with him. Hard not to be at least a little bit optimistic right now despite the past few years. He's definitely a different type of hire than the previous two bozos. Looking forward to seeing how his staff comes together.
So impressed
Spyder : 1/10/2020 9:14 am : link
as many others have said I was ready to run through walls for him. He said so many magic words with actual conviction, "old school", "punch you in the mouth", "football is about fundamentals", and on and on.

Just watched the really good and quick Tisch interview with Papa and HE was ready to strap on the pads. lol

Really, really love Joe's intensity and conviction, he will command that room and the players will buy in 1000%. Also loved the sideline shots with him and Belichek, it was hard to tell from body language some times who was really in charge over there, the GOAT coach or the special teams coach!!!!
He is very impressive and exactly what we need
JFIB : 1/10/2020 1:26 pm : link
Want to get even more excited? Go watch McCarthy's press conference in Dallas and you will thank the lucky starts we did not fall for that tired old hack! I pray we win the opener in Dallas and set the tone for the whole season!
RE: RE: What an incredible speaker
Rory : 1/10/2020 1:29 pm : link
In comment 14770858 Eric from BBI said:


Eric, I noticed in Mara's presser he mentioned that during the interview Judge spoke just as strongly and didn't have notes then either.

Impressive stuff
Very impressed .
Bluesbreaker : 1/10/2020 8:09 pm : link
Thats the first time I ever heard him speak honestly I
knew nothing about him . I appreciate he is a disciplinarian
and his ideals on teaching on individuals and the
old school philosophy having no experience as a head coach
lends some pause but he has worked under some of the
best but honestly I couldn't be happier .
Sounds more like a college coach to me
jeff57 : 1/10/2020 9:25 pm : link
Trying to sell a program. And this is not really a “blue collar” area He also forgot to include Connecticut in the regional fandom.