Giants moved fast on Joe Judge because of Mississippi State


You called a direct quote from John Mara fake news and proceed to call me a troll....interesting to say the least.
Or, what robbieballsdeep said.
Klaatu : 1/11/2020 11:11 am : link
.....
Mississippi state
TrueBlue56 : 1/11/2020 11:12 am : link
Is his alma mater and even joe judge said there was an appeal there, but he really wanted the giants job. The giants were very impressed with joe judge and felt that they had found their guy. Was the Mississippi state offer a factor in timing? Possibly, but the giants didn't rush their decision. They were fully prepared to have a sit down with matt Rhule up until the point of hearing the offer he got from Carolina.

They had 2 interviews set up for the rest of the week. Matt rhuke and Josh McDaniels. They already interviewed McDaniels 2 years ago, so they already had quite bit of background.

Critics: why did the Giants ownership and management inhale air? They have stunk the last few years. Have they even TRIED anaerobic respiration? Fish do it, but they won’t try. They let MSU force them to breathe and other normal reactions! Weak!
RE: So which shithead
Saquads26 : 1/11/2020 11:25 am : link
In comment 14773119 18E said:


I think it’s GiantsAreBack2020 then Jones something then one more. This is #4
Florio and Ian Rappaport got into a little twitter tif over this
Stu11 : 1/11/2020 11:27 am : link
Rap basically echo'd what we are saying: who cares if its true? Its not like we were moving at the speed of light. We interviewed a bunch of candidates, there were 5 openings and we were the 4th to fill one. We interviewed the guy, we loved him. He was great at the presser. He had other options. He and his wife are alums and love Miss State, They are a young family with 4 kids. This wasn't like competing with some middling SEC school out of nowhere. So Mara was honest. All we and the press bitch about is when people aren't straight with us. Then Mara is refreshingly honest and still Florio and a few idiots here bash him for it. Geez.
Only a clown like Florio
Rflairr : 1/11/2020 11:28 am : link
would make this an issue. Accelerate the process? They only had one interview left. McDaniels
Florio the Foreskin fan and hack
Optimus-NY : 1/11/2020 11:44 am : link
.
RE: We didn't move fast because of Miss St.
Blue21 : 1/11/2020 11:52 am : link
In comment 14773131 robbieballs2003 said:


Exactly
So the Giants had a coach they loved
joeinpa : 1/11/2020 11:52 am : link
Who also had an offer on the table from his Alma Mater, which he was ready to take because he really wanted a head coaching gig.

The Giants knowing this didn’t feel the need to wait any longer; and the OP can somehow spin this as a negative on the Giants?

Posts like this make one realize how silly the logic to diss the Giants have become, making it much easier to dismiss them for what they are, illogical spin to discredit this franchise.
So the Giants had a coach they loved
joeinpa : 1/11/2020 11:54 am : link
Who also had an offer on the table from his Alma Mater, which he was ready to take because he really wanted a head coaching gig.

The Giants knowing this didn’t feel the need to wait any longer; and the OP can somehow spin this as a negative on the Giants?

Posts like this make one realize how silly the logic to diss the Giants have become, making it much easier to dismiss them for what they are, illogical spin to discredit this franchise.
This is such a non-story
TheWalrus : 1/11/2020 11:56 am : link
Sounds like the Giants had a top two on Tuesday morning of Judge and Rhule. Rhule gets huge offer from Carolina that we were not willing to match, especially not without interviewing him first. Rhule goes to Carolina.

They hear Judge has an ultimatum from Mississippi State and will take the job so Giants offer him the job before missing out on another coach they liked a lot. This is simple business practice that any company would follow. Don't lose talent to an inferior competitor because you waited too long to make a decision.

Time will tell if the Giants made the right choice by taking a gamble on Judge, but PFT is being ridiculous here.
Florio is a putz, but this piece was written by Michael David Smith...
Klaatu : 1/11/2020 11:59 am : link
Who has a forehead big enough to show movies on: 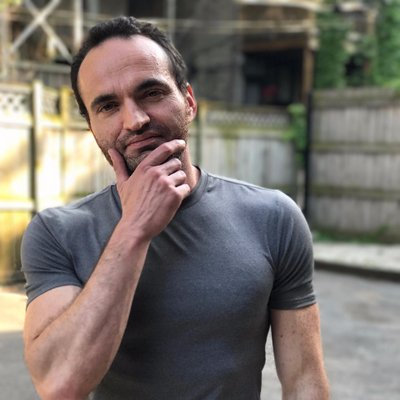 
The Giants had requested an interview with Jason Garrett as well
so it's a bad thing that someone else
Peter from NH (formerly CT) : 1/11/2020 1:31 pm : link
wanted him as their coach? Seems like giants moved on him because they realized he was their guy and he had a competing offer. That all seems completely reasonable.
RE: RE: RE: So which shithead
Gatorade Dunk : 1/11/2020 1:47 pm : link
In comment 14773232 Saquads26 said:

Thanks, Patrick. I quite enjoy my day job.

Is the inference that the Giants needed more time? Judge supposedly wowed them in the interview.

And I'm having trouble getting the narratives straight:

- Tepper and Hurney go to Waco, help Rhule unpack his car, and sign him that day - stroke of mastery

- Giants are blown away by Judge and sign him, cancelling a couple other interviews they had planed - bumbling idiocy and panic!!

For one, five of the seven candidates had already interviewed.

Most importantly, Rhule gave Mara a chance to act. If anything, if Mara was to "panic" again, he would have matched the Panthers offer. He didn't.

So in this case, I'm not buying it. I did back in 2016.
Jesus
santacruzom : 1/11/2020 2:15 pm : link
I've always thought our persecution complex was unparalleled in sports fandom but this is taking it to the next level.


People are too thin skinned. There's a minor shot in the report:

..the implication being that the Giants job wasn't attractive enough for Judge to tell them he had to finish his NFL search before he could give Miss an answer. They had spoken to everyone but McDaniels though (who they had already interviewed 2 years back) and Rhule was out the door. They would have known by that point that Judge was their guy.
Jcn is right
Jimmy Googs : 1/11/2020 2:29 pm : link
The Media Conspiracy solely against the Giants continues!
i think this
Producer : 1/11/2020 2:33 pm : link
is fairly obvious, otherwise the Giants would have had no incentive to make Judge an offer right away once Ruhle was out of the picture. I figured Miss State was pressuring Judge for an answer.
RE: Jesus
Go Terps : 1/11/2020 2:46 pm : link
In comment 14773300 santacruzom said:


Don't you know already? Any media member that even slightly criticizes the Giants is a hack or has an axe to grind. The Giants have been doing a great job and criticism is unwarranted...

Never mind that their combined record in 6 of the last 7 seasons (removing 2016) is an APPALLING 31-65. Think about that. The win/loss differential exceeds the number of wins.


Right but... he then mentions how part if Mississippi's potential appeal to Judge could be based on his ties as an alumni. He states the Giants may have had that concern and doesn't even criticize them for it.
If you want the guy, dont dick him over...
GloryDayz : 1/11/2020 3:05 pm : link
Go get him.

Mississippi State or some HS football team, if he's willing to take that job (which Judge was willing), the smart thing to do is move fast.

Why does there have to be a conspiracy or some out of the ordinary for everything the giants do?

50% of the people who post here either hate the teen hate the ownership or think there is something nefarious going on at all times.


If only sports were as simple as you suggest. We just had it reported a few weeks ago that Giants ownership forced Eli on DG and that Shurmur was the one that pushed so hard for Jones. You think this is as simple as "well Mara just liked the guy and hired him"? Really?