Mike Vrabel could win coach of the year. When you go back to watch his intro presser or just hear him speak in general, he’s charismatic, funny, passionate and seems like a guy you’d want to grab a beer with. It doesn’t hurt that he played for a while in the NFL and coached under one of the great motivators in urban Meyer. My point is that it’s easy to see why players buy into him.

During the HC search we heard from ownership that they were looking for
A coach who could better relate to their players after Ben and Pat. I’m skeptical we got that in Joe Judge.

Sure he’s old school and intense which are not bad things but he also came
Off as a hard ass- did he crack a smile or joke once in the presser? I hope there’s a lighter side to him , it’s a long season and besides the unique run in New England, you’re going to have to connect with the players.

I hope my read on Judge is wrong but I think it’s telling that his former staff member who’s current Indys ST coach said how he’s not going to lie that Judge is a tough guy to work for because his obsession on details. Patriot players seemed to say the same thing calling it”annoying” but also helpful because they were prepared.

Finally, being a specials team coach you lead and manage a lot of players but you do not lead or manage hardly any staff/ coaches. This will be a new challenge for Joe.

Stick to your day
BigBlueDownTheShore : 1/11/2020 11:02 pm : link
Job.
Really, really impressive
Chris684 : 1/11/2020 11:03 pm : link
We can only hope our guy can get off to the first few years Vrabel has.
Judge will be fine
Dave in PA : 1/11/2020 11:04 pm : link
You can’t determine his entire personality from a press conference. Players are going to want to play hard for him.
I think this is a fair criticism about being too serious
BestFeature : 1/11/2020 11:08 pm : link
But the way he talks to players isn't necessarily the same way he talks to the media. But the attention to detail criticism is strange. Any player that doesn't want a coach because he has too much attention to detail shouldn't play in the NFL.
As long as he keeps it between the ditches
adamg : 1/11/2020 11:13 pm : link
and holds on to the Duke, I'll be satisfied.
In general if you’ve played football you’re whole life
Leg of Theismann : 1/11/2020 11:15 pm : link
You’re used to head coaches being hard asses. Literally every successful coach I believe is a hard ass to some extent, and in my experience the way a guy presents himself to the public is not always what he’s like with his players and in the locker room. All successful coaches are similar in that they don’t have time for bullshit, like being late, missing assignments, etc. especially at this level. I don’t know what coach doesn’t chew a guy out for making a dumb play.

I’m not sure what you’ve heard but from everything I’ve heard the players Judge has worked with generally like the guy. If you say you’ve heard players have found his obsession with details to be “annoying but they like it because they’re well prepared” then that’s absolutely perfect. A head coach isn’t supposed to be your best friend he’s supposed to get the best out of you. The only time it becomes a problem is when his rules are inconsistent and he seems to be barking at you all the time for seemingly just to be barking, or dining you just for the sake of it . Coughlin I think honestly had a little bit of that in him. Judge doesn’t strike me as the type of guy who doesn’t do anything without a purpose. He almost has a doctorate in education and imagine he’s very careful with his methods and techniques and understands every little detail about how you treat a student can affect how they student will behave and view you /learn from you in the future.

He said he’s willing to adapt to every player’s individual learning style and has said he wants coaches to adapt their schemes and methods TO the players. He even talked about having empathy and compassion for their feelings. That certainly sounds like a “players” coach to me, I don’t think that word always has the same meaning for every coach.
if he acts a 38 year-old belichick+saban clone,
japanhead : 1/11/2020 11:16 pm : link
but loses a lot of games, obviously things will spiral. if he's harbaugh v 2.0, then great. hopefully he has enough connections to put together a good staff. honestly, after the last two coaching hires, i'm almost expecting it to go badly mara's decision making since 2013 has been horrifyingly bad.

mara is reactive. he admitted to hiring shurmur because he was looking for the opposite of mcadoo (older guy, longer track record in the NFL, prior HC experience) and since that worked out worse than the mcadoo hire did, this time he was looked at guys opposite of shurmur. all we heard was the top guy was rhule, until he got outbid, then we hear judge was supposedly the guy all along due to the belichick pedigree and 'flooring' them in the interview, whatever that means.

Judge made it extremely clear that he needs to know what makes each player “tick”. That to me makes me believe he places great importance on his relationships with players.

Time will tell but what stands out the most to me is his emphasis on coaching the whole team, and knowing his players vs. being an “offensive guru” who is more concerned with calling plays.
RE: I think this is a fair criticism about being too serious
Leg of Theismann : 1/11/2020 11:19 pm : link
In comment 14774191 BestFeature said:


Exactly. Any player/coach is going to be different talking to the media than they are behind closed doors. And Everyone’s going to sound different when giving a speech on TV vs. how they talk in the locker room vs how they speak to individual players.
His
jwebb20 : 1/11/2020 11:31 pm : link
Vrabel s head is not buried in the play sheet on game day.
I have no idea if judge will be successful in new york
Judgment Day : 1/11/2020 11:32 pm : link
But I think many different personality types can be successful as coaches. What I felt when listening to him Speak was inspirational and I think that’s the most important trait in a head coach is a leader of men. I feel more optimistic with this search than the last few. And I may be in the minority in believing that Gettleman and judge being on the same page in terms of philosophy is important.
Nobody liked his Miss Cleo joke
an_idol_mind : 1/11/2020 11:32 pm : link
?
To the original poster ...you’re right ...
Spider56 : 1/12/2020 8:34 am : link
Now let’s give everybody a participation trophy ... candy ass.
Ownership wasn't looking for a coach who could relate to the players.
Klaatu : 1/12/2020 8:49 am : link
They were looking for a coach who could lead them.
Vrabel
upnyg : 1/12/2020 9:07 am : link
has been excellent with that team. If they go no farther, he's done a heck of a job with the QB situation
Vrabel
Bernie : 1/12/2020 9:35 am : link
Has done a very good job. But let’s not forget that he took over a playoff team. There was talent on that roster; a nice head start for a first time head coach.
If you watched hard knocks with Houston
Jim in Forest Hills : 1/12/2020 9:42 am : link
You saw a bit of what Vrabel is like.


Seriously hard core pushing his players, extremely demanding. Wasn’t too much camaraderie there on screen.
All you've seen Judge do it talk
jcn56 : 1/12/2020 9:59 am : link
I wouldn't get too ramped up in either direction based on that. He said all the right things, but that's the easy part. Give him some time, see what he can do when the team takes the field next September.


What? Fancy analytics? In 2018 Gettleman emphatically stated that he didn't care for analytics and he had a major influence on hiring Shurmur.

Giants absolutely dropped the ball not even giving Vrabel an interview, though.
What does..
FatMan in Charlotte : 1/13/2020 10:02 am : link
Vrabel's success have to do with the impression from Judge?

They can both be successful coaches. Not sure why Vrabel being called a leader of men means that somehow Judge can't be. 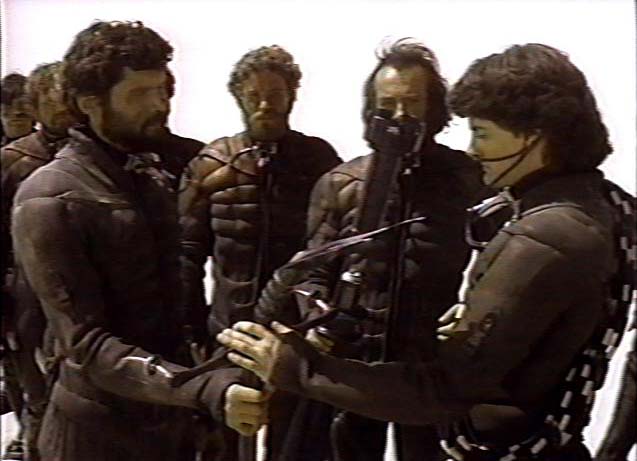 Take the kiswa maker hook of our sietch and ride as a leader of men.
Judge gives off the vibe
HMunster : 1/13/2020 11:20 am : link
of that teacher you had in high school that was tough, strict, but fair. You had to pull your weight, come to class on time, and do your assignments. And Heaven help you if you caused a disturbance in class. But when the year was over, and as you grew up and reflected back on your education, you realize you learned more from that teacher than all of the others combined.

Give me that in a Head Coach every day of the week and twice on Sunday.