superspynyg : 1/12/2020 10:27 am
I see DJ’s biggest hurdle his fumbling. If he does not fix it next year or drastically reduce it he will not last long with this new HC. And I do not see JJ giving him more than this coming season to fix the problem.

We all saw the videos of where Judge was waving a bigger tennis racket type thing in front of his WR's faces as they crossed in front of him during catching drills. Blocked their eyesight for a second or so and helped them focus and pick up the ball again.

I'd imagine he'll come up with something similar for DJ to help fix the fumbling problem in addition to the things you mentioned.
On top of everything else mentioned
ron mexico : 1/12/2020 10:51 am : link
He needs to improve his pocket presence. That should come with reps and film study.
Set up the offense
Mike in Boston : 1/12/2020 11:03 am : link
so he has a quick throw to someone (Barkley, Engram or Tate) who can make the first guy miss, and teach him to go there quickly if he's under pressure. And teach him to recognize when he is likely to come under pressure. 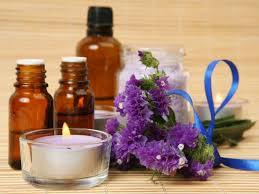 How does JJ fix Jones’s fumbling problem?
Torrag : 1/12/2020 2:26 pm : link
If the protection holds up half a tick longer and the passes come out half a tick faster they'll solve themselves for the most part.
I've seen a drill the Patriots do during practice. When Brady drops
Blue21 : 1/12/2020 2:29 pm : link
back to pass there are two coaches or assistants on either side of him with over sized padded paddles whacking at the ball until he raises his arms enough to throw
He should just tell Jones to stop fumbling.
Saquads Barkley : 1/12/2020 2:51 pm : link
Problem Solved.
OL #1 & relentless drilling #2 as many said no doubt
ChaChing : 1/12/2020 3:05 pm : link
but I also think he needs to shorten his clock after the snap, especially when #1 is bad

Back when we had a DL & got serious QB pressure, teams like the Skins - whether it was w/ Grossman or RGIII (maybe Todd Collins too that one game?) - would basically have 1-2 read plays w/ max protect and a throwaway

And while many young QBs w/ wheels tuck & run too often he needs to add that to the short clock & throwaway step. It's certainly great DJ is fearless in the pocket as a rookie and keeps his eyes downfield so well (IMO that's one of those "tough to teach" skills). But we haven't seen many runs like that first TB TD where he took it decisively. And IMO it's too few and far between regardless of the OL. There were still too many times he held the ball too long trying to make a play...obviously when he's most likely to fumble

My preference..
1. Fix the OL
2. Establish a clock in his head where he stops waiting for a receiving and instead looks to run for yards.

These two should reduce the fumbles to the point where they are no longer a serious concern.
I don't know if it's a definite help, but who was the Chi DB we got
ChaChing : 1/12/2020 3:28 pm : link
some years back who did something like - all O players carry balls even off the field & the D tries to knock them out? I might not remember the exact thing, but you'd think it makes protecting the ball instinctual for O players, while D guys scheme & practice how to get it from them, when they are holding it loose, not paying attention etc

I'd think that would have to help to a degree, and be a team-wide benefit
Dunno the stats, but he should never
CT Charlie : 1/12/2020 11:04 pm : link
fumble while running. If anyone is near him, he should just slide.

In the pocket, start by getting a much better center.

Third, I'm sure there are virtual reality programs that develop one's peripheral vision. They may not be able to expand the actual field of vision, but they could make someone more aware of movement at the edge of the field of vision.
What player was it that had fumbling problems
bradshaw44 : 1/12/2020 11:11 pm : link
And the coach made him carry the football around the facility all the time no matter what he was doing and everyone was instructed to knock the ball out of his hands? Everyone in the organization. And I think he was fined if anyone got the ball out.

I would do that on top of whatever field drills could help.
Even if he fixes it, this is now his reputation
Go Terps : 1/13/2020 12:01 am : link
Every opponent is going to place extra emphasis on taking the ball from him. I'd be surprised if it ever actually gets completely solved as an issue.

To me the answer is to install an offense that has him get the ball out of his hands quickly and gets him out of the pocket quickly. I wouldn't treat him like we did Simms, Eli, or Collins. I don't think we want him spending much time in the pocket.
Fumbles twice in a game
Rolyrock : 1/13/2020 12:13 am : link
Benched!

Judge figures out some drills, techniques to help him. Like other posters said. Get a center, and of course an overall better o line. I think if Berkeley could develop a rhythm Jones overall game gets even better, fumbles included.
By
colin : 1/13/2020 12:14 am : link
Punching him in the nose for 60 minutes.
I don’t know
UberAlias : 1/13/2020 5:21 am : link
But if this was my problem to solve, I’d start where you always start — go to the tape. Start by understanding when and how within the play the fumbles are generated. Most likely they’re not all the same. Things like two hands on the ball may work at points in the process, but not possible at others. Probably going to be some physical work (stretching, strengthening hands and fingers) and psychological (carry a ball everywhere he goes, have people try to knock it out, push-ups if he loses it, etc.). Where and how he grips, all things looked at. Improve OLine, etc.