NFT: Oscar Nominations are out

so the diversity is almost gone. Uncut Gems wasnt even nominated.

this might be the first time i can actually agree that they did wrong on the snubs.

And that's not even including others like Uncut Gems and Knives Out. Really cool original stories. Bummed to see Sandler not get a nom although I'm not sure who you take out to get him in
I know there is probably an easier answer to this question
figgy2989 : 1/13/2020 12:50 pm : link
but I am still going to ask. How is 1917 included in this years Oscar's nominees when it was theatrically released in 2020? 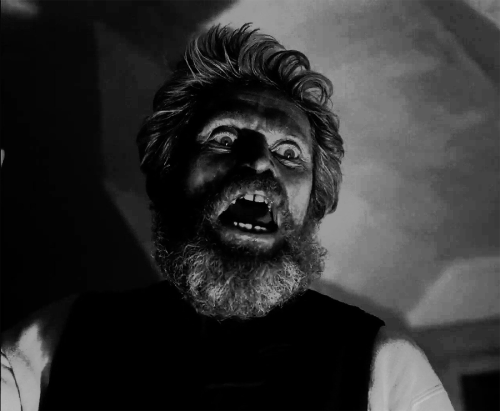 However, I can’t help but feel like while it’s very good, it’s not great. I wanted to like it a lot more than I actually did.


Thanks. I haven't seen the movie, but the trailer makes it seem like Hanks is the main guy.
2019 was very, very good.
Dave in Hoboken : 1/13/2020 1:00 pm : link
We need more years like that and less like the several years before 2019.
Taika Waititi should win for Adapted Screenplay
moespree : 1/13/2020 1:01 pm : link
The book that Jojo Rabbit is based on is terrible. It's plot is all over the place and there's no character development. To even have the idea to be able to turn that into a movie is impressive enough but to turn that into what Jojo Rabbit became is deserving of the award.
What the hell is the diference between an Oscar and a Golden Globe?
RobCrossRiver56 : 1/13/2020 1:03 pm : link
And don't tell me the shape of the trophy. These yahoos just had an award ceremony congratulating themselves. Do they really need another one?


No, Matthew Rhys was the main actor in the film. The movie was really about him, and his life. Tom Hanks played a major role in the movie, obviously, but it was more about how he impacted the life of ‘Lloyd’ and bettered his life.

Supporting nomination is correct
Adam Sandler
Jay in Toronto : 1/13/2020 1:04 pm : link
should have been nominated.


The Globes are a joke. The Oscars are the only ones that matter.


Totally agree on Parasite, and it will win International (deserves it) though I loved Pain and Glory.
...
ryanmkeane : 1/13/2020 1:12 pm : link
I thought Uncut Gems was excellent. Weird having zero nominations.


I never said this before (about movies being unoriginal), but looking at some statistics 2019 saw the third lowest tickets sold for movies in the last 25 years and had the 3rd lowest inflation adjusted revenue in that time period.

According to many surveys, price is one factor as is streaming/internet, but every survey lists the lack of interesting movies as a factor.

and not just from old guys, in fact old guys (as a demographic group) is a consistent group.
Hanks being
ryanmkeane : 1/13/2020 1:21 pm : link
nominated is somewhat BS. I didn't think he had to do that much in that movie and wasn't a great performance by any means.
I don't buy the polls
UConn4523 : 1/13/2020 1:25 pm : link
because those people that claim there is nothing interesting to watch....are watching movies on streaming, haha. Those movies, for the most part, had a theatrical releases at some point. Polls also suck because people choose answers dishonestly.

Just like sports ticket sales, i don't expect movie ticket sales to increase or stay flat. People just want to stay home and not spend the money, or deal with crowds, etc.

It's a big factor for me. I'm in the suburbs with access to two theaters. It's all Marvel, Pixar, Starwars (Disney basically)

Neither theater has ever shown a Wes Anderson movie...any of them. I gotta drive into D.C. for things like Uncut Gems, The Lighthouse, JoJo Rabbit, ect. It blows.

One of my dreams is to open a single screen theater in my town, with a bar in the front. Just to screen to movies I would like to see on a large screen w/ a good sound system.

I was just about to post about being the only one who did not see the greatness in The Irishman.
i cant edit the main post but Irishman was nominated for BP
GMAN4LIFE : 1/13/2020 2:12 pm : link
[img]FORD V FERRARI

ONCE UPON A TIME...IN HOLLYWOOD


I stumbled upon Casino yesterday morning and I couldnt stop watching it despite having seen it several times. I dont know if i'll ever watch the Irishman again.
RE: Has to be the best
TyreeHelmet : 1/13/2020 3:29 pm : link
In comment 14776675 bceagle05 said:


Was thinking that as well. Some serious star power.
overall
RasputinPrime : 1/13/2020 3:39 pm : link
quite a predictable list and there are holes in the nominations you could drive a party bus through.
Not to pile on The Irishman,
Pete in MD : 1/13/2020 4:04 pm : link
but how did it get nominated for Outstanding Achievement in Film editing? The movie was over three hours long! I think the "editor", longtime Scorsese collaborator and two-time Oscar winner Thelma Schoonmaker, took a minimalist approach this time around.
RE: Not to pile on The Irishman,
pjcas18 : 1/13/2020 4:06 pm : link
In comment 14777269 Pete in MD said:


It's not well known, but that movie began as a 24 hour marathon film. Thank god for editing.
film editing isn't really focusing
UConn4523 : 1/13/2020 4:10 pm : link
on making a movie a set length - its what's needed to tell the story. Putting things in sequence, cutting out disjointed scenes, identifying areas to reshoot or fine tune, basically extracting all of the shots and putting them together to make sense. In a way its them telling the story moreso than the director.
RE: RE: RE: and I'll point to 2019
Jim in Fairfax : 1/13/2020 5:03 pm : link
In comment 14776791 Motley Two said:


I thought it was horrible. I agree with no noms for that movie. It seems you either love it or hate it. I am in the latter but I can see why some people love it. Just didnt do it for me.
RE: What the hell is the diference between an Oscar and a Golden Globe?
81_Great_Dane : 1/13/2020 6:13 pm : link
In comment 14776726 RobCrossRiver56 said:
The Golden Globes are voted on by the Hollywood Foreign Press Assn., which has about 100 members, about half of whom are photographers. Most are European or Australian. It's a tiny group of reporters. The award was sort of a joke for decades, kind of a throwaway, but then somebody realized that since it honors both film and TV, it'd make a great TV show. So it became a thing for reasons having nothing to do with the award.

The awards aren't that credible, really. HFPA was famously corrupt but got embarrassed and finally had to clean up its act. The Globes voters, which are a very small group, are also very aware of what makes a good TV show, and cast the show, er, nominate actors, accordingly.

The Academy Awards are voted on by several thousand professionals in most crafts related to moviemaking. You have to either be nominated for an award or be invited in — it's a highly select group, the most select group of any awards body I can think of. That's why the Oscars have credibility and prestige.

The Academy isn't subject to the kind of corruption as the Globes and isn't as sensitive to ratings as the HFPA. Not even as sensitive as ABC would like them to be. However they moved their honorary awards to a separate event to streamline the telecast.

However, the Academy of Motion Picture Arts has its own skewed gaze. Membership is for life, and in most crafts you need a substantial body of work to get in, so the members skew old. Historically, it was "Hollywood" (Southern California) centric. Some branches are very much "old boys' clubs" that know each other and nominate each other. And the Academy is as subject to weird moments of mass stupidity as any other group. ("Forrest Gump" over "The Shawshank Redemption"? Really?)

Also, the Academy Awards were created to encourage "artistic" filmmaking at a time when the movie business was making a lot of salacious stuff and getting a bad reputation. It's "elitist" by design in that sense. It's not supposed to honor what's popular, it's supposed to encourage high-minded, artistically ambitious work that will buff the reputation of the industry. The Globes have no such pretentious.

So there ya go.
I haven't yet seen Parasite
santacruzom : 1/13/2020 6:35 pm : link
but does it have the same sort of mood and character as Snowpiercer? I wasn't quite a fan of that one.
Kids, man
santacruzom : 1/13/2020 6:39 pm : link
Now that I have two of them I am completely out of touch with film releases. I had never even heard of Jojo Rabbit, Pain and Glory, or The Lighthouse until just now.
Loved JoJo Rabbit
81_Great_Dane : 1/13/2020 8:47 pm : link
Held off seeing it because I was put off by the ad campaign. Finally saw it Friday - really, REALLY liked it. Really, really affecting.

The music cues, oddly, really moved me. Especially the last music cue. If you see it, you'll know what I'm talking about.


I take it the lighthouse was worth the watch? I am leery of these artsy fartsy weird horror movies. Last two (the witch and some other turd I forget) were highly acclaimed and I couldn’t finish either one.
RE: RE: 1 nomination for The Lighthouse
Motley Two : 1/13/2020 9:56 pm : link
In comment 14777833 djm said:

Well it's by the same guy that did the Witch. This is his 2nd film. I liked The Lighthouse better.
It's certainly weird, but to me it isn't quite a horror film.

There's some elements but it's more like folklore. More unsettling than trying to be scary. Like Old Timey Sea fairing folk legends meets 'Night of the Hunter' meets 'The Shining'

Dafoe gives a performance he seems born for. Absolutely perfect. And Pattinson hangs right there with him.

All that said, it might be more artsy than The Witch. It's black & white,shot in 1:19/1 ratio(almost square frame), and some unreliable narrative stuff going on, but by design and not a short coming.