NFT: "Yankees are as complete a team as baseball has seen...

The outfield is Judge, a 37-yr-old Gardner, and a combo of Stanton--who played 20 games last year--Frazier, and Tauchman.


I presume you are saying something negative about the outfield?
Judge - there is nothing wrong with Judge All Star caliber defender
Gardner - still one of the best OFs in baseball - arm is not strong but very accurate
Stanton - better OF than most give him credit for
Tauchman - almost as good as Gardner with a better arm
Hicks - again one of the best OFs in baseball, arm needs to recover but no reason to think it won't be good as before
surgery and it is a canon.

I cannot speak as to starting rotation vs Mets. But Cole, Severino and Paxton is about as good as a top three as there is and Tanaka as your #4??? Montgomery or Happ - who knows - let's see how Monty's arm responds in ST - it looked as good or better in Sept as it was before surgery.
eh - let's not be the Redskins and win the offseason.
Del Shofner : 1/14/2020 7:45 pm : link
Still have to play the games, and stuff always happens.
Boston and Houston
Matt in SGS : 1/14/2020 7:52 pm : link
were going to take further steps back in 2020 and that was before all these distractions. Let's see how the Astros play on the road all year with fans railing them as cheaters. And losing Cole to the Yankees is a double blow.

I'm sure Cora will be served up as fresh meat and Boston will fire him, but they will use this as an excuse to hit the reset button and try to build back up to contend in a year or so. But for 2020, they are going to get railed by the Yankees this year.

Think defense at SS and 1st Base is not playoff good.

Think they have to trade several players to make room on the next 40 man.

Think catcher is a concern...durability, streakiness, hitting from the 2nd string catcher and almost no good 3rd catcher in the system. I assume at an oft injured position, a 3rd catcher is going to be needed.
RE: eh - let's not be the Redskins and win the offseason.
section125 : 1/14/2020 7:59 pm : link
In comment 14779442 Del Shofner said:


Pathetic.
Definitely agree. The team is perfectly designed
jpkmets : 1/14/2020 9:05 pm : link
Such a great job identifying the right target and nailing it with Cole. Really appreciate their commitment to winning. A lot of players worth the ticket price.

I’m a Mets fan through and through, but enjoyed the trip to the Stadium with my Yankee-fan GF. I’ll make a few Cole and Tanaka starts this year when the Mets are on the road because it’s worth it to see Judge and Gleybar. Really would be over the moon for them if I was a fan of them. Hope they do well. Happy is a happy wife.

Is Gleyba going to SS with DJ back to 2b?


That was good work to change that. Last year’s injury woes were astounding.


If the Yankees stay healthy, and the expected further step back from Boston and now Houston, it is not out of the realm that they break Seattle's win record. They are that good. My guess is that we will see a recurring storyline in 2020 that matches this team against the 1998 team's win pace.
RE: RE: RE: eh - let's not be the Redskins and win the offseason.
JPinstripes : 1/15/2020 5:03 am : link
In comment 14779634 Matt in SGS said:


Pump the breaks there guy... The 98 Yankees were the best team in the history of baseball going 125-50 including the playoffs and world series.

4) More players who would not fish for the same lure over and over again ( Judge, Stanton, Sanchez, Torres)

7) Had three DJ like hitters ( Jeter, Williams and O'Neill)


One thing great about baseball is virtually the quick turn around from season to season...1 month the pitchers and catchers.

FWIW,
Bull Pen:
Already near the best in BB. Getting a Hader is getting to overkill. I truly think Loaisiga will step up this year.

SS:
Torres is a true SS. What they may need is a backup. However either Wade or Estrada could fill that roll.

1B:
I can agree at defense. But both Voit and Ford are hard workers. Voit did improve last year. Neither will ever be Mattingly or Martinez, but I think O'Neill said defense is a matter of "want to" - if you truly want to be a good fielder, you can be. Yes they will have limited range, neither is nimble. But they can learn to dig balls.

Catcher, this is the one area that is a question above others. Higgy I have not been impressed with. As 3rd catcher they brought Eric Kratz back - wasn't he on the Brewers last year? He's old but no worse than AAAA.

However, I think the RP unit will suffer one tired arm when it counts and have one subpar year from somebody. Loisiga is unproven and oft injured to me ( granted he has filthy stuff at times) and unproven in playoff clutch.

And I would really dig into the analytics on Gleyber at SS. Great defense at SS matters

He was a SS coming up. So was Mantle, Aaron and Berra (at first). As he thickens (already evident and he was 22 last year) I think more than Wade as a back up is valuable.

Now is it a weakness or a major concern? Not at all

But if the question is how and where do we get even better; Id say DJ like left handed high contact rate great SS.

GT at 2nd and DJ at all infield positions with Wade as the all position utility gives us ability to trade fan favorite non elite all around players and improve the defense and situational hitters to off set the so far history of high slump/injury rates from Judge, Stanton and Sanchez.

This is an academic exercise, not a practical real world likely scenario. Again, the question was "how could they get even better"?


Thanks on the come back...of course it is just an exercise by two "old guys" talking baseball. Only thing better is if this was taking place sitting in the stands in mid-summer with a couple of beers and a bag of peanuts.
I do have some misgivings/trepidations with Gleyber, but Mantle, Tresh et al were really not SS's. GT is a true IF. We know that. I know Greg from LI said his SS numbers were better than at 2nd base..
Not sure if there is a DJ like lefty SS - but he'd be making $15 mill+ .

My thought on Loaisiga, is limit his innings per game like Boone has been doing with the BP. To me he is a Green clone with a better slider and more velocity.
Also, Cole and Severino(knockwood) will eat more innings per game than the SPs last year and reduce innings all around for the BP..(Dellin where are you, sob, sob).

I agree that we have pieces that are MLB ready or on the doorstep that can be used for better backups. I am hoping that Wade can show any kind of hitting ability(like September) as he covers 3 OF and 3 IF positions.

I also suspect that Andujar will be trade bait, if Urshela is still hitting in ST. I just cannot see both on the 25 man roster - cannot have two dedicated 3Bs and two dedicated 1Bs. Of course, Cash could trade Voit or Ford and get Andujar some 1B time...(this may be ideal).
Bill, I know we're not going to agree on this
Greg from LI : 1/15/2020 9:00 am : link
But Jeter was a pretty bad shortstop and the Yankees won five titles with him playing there. Torres doesn't have to be Ozzie Smith in the field. He just has to be adequate.
Greg
Bill2 : 1/15/2020 9:37 am : link
I agree. In fact I think Torres is better than Jeter defensively. ( I was not a Jeter fanboy. Respect is owed but that was my ceiling on him)

The question I was answering is how could we get even better?
If this team stays reasonably healthy...
Dunedin81 : 1/15/2020 9:40 am : link
and Severino reverts to form, they're the heavy favorite to get to the WS and should be favored to win it. I expect a big bounceback from Stanton this year. But health is of course not a given, and some of the guys on the team seem uniquely susceptible to injury because of size/physique. They're set up to weather injuries well, but they could still be the difference between being a good team and being one of the better ones in recent memory.
Id just ask you guys to do some
Bill2 : 1/15/2020 9:41 am : link
research on recent articles about GT's defense. I don't recall where I read it but seemed a sound critique worth considering.

I think we all agree that Didi was a better defensive SS than Jeter or GT is likely to be.

I think most of us agree that defensive metrics are flawed or imperfect but 1998 was the only year he wasn't a minus.

You keep taking your girlfriend to Yankees games and no amount of wins will make your wife happy.
Minor move...
Dunedin81 : 1/15/2020 4:34 pm : link
NYY acquired minor league (probably AA) 3B James Nelson from Miami and cash in exchange for Tarpley. Nelson had a great 2017 and lean 2018 and 2019 seasons.
A lot of Twitter chatter...
Dunedin81 : 1/16/2020 2:44 pm : link
regarding the Altuve walk-off this postseason and the idea that a buzzer was used. It's easy to dismiss this scandal but it could potentially have been outcome-determinative the last three seasons.
repost from the other thread
Greg from LI : 1/16/2020 2:56 pm : link 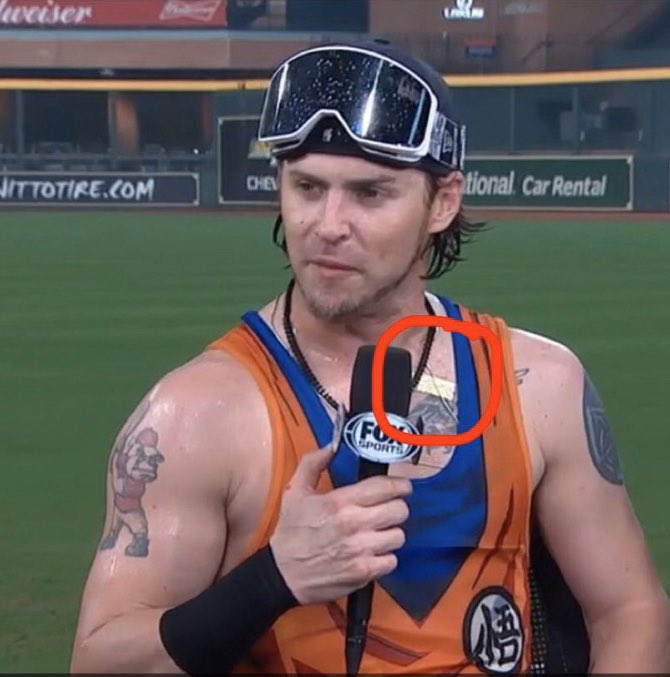 I have to say
adamg : 1/16/2020 4:37 pm : link
the thing that bothers me more than the cheating is the dishonesty when confronted with the league and opposing teams. HOU always seemed like a scummy team, but I thought that was just my craziness as a fan of the Yanks. This all goes to show they're really just assholes.