NFT: So what is going happen with Carlos Beltran?

Seriously though, Beltran was not punished by MLB, but needs to be punished by the Mets, who had nothing to do with the 2017 Astros?


Again, there was no punishment levied by Major League Baseball.
This is ridiculous! If the MLB didn't punish Beltran
GiantBlue : 1/15/2020 10:19 am : link
then let him get with planning for managing the Mets this season.

If he does something similar with the Mets....then all bets are off....but the punishment is pretty steep and my feeling is that nothing this overt will be done again.

If MLB is worried about signs being stolen....then put headsets on the Manager's head and a small speaker in the pitcher's hat so a sign can be given without the catcher.


If this is his take on Beltran, what did he do when Pineda took a bath in pine tar before taking the mound a few years back? Did he call for a public execution?
Why would anything happen?
Metnut : 1/15/2020 10:24 am : link
He's not being disciplined by major league baseball.


Metsnut, that is my point as well. Where will it end? The only reason Beltran is being mentioned now is because he is no longer a player and protected by the union. 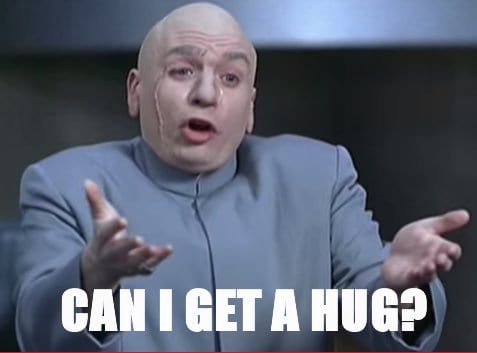 
I keep seeing this "mastermind" phrase being thrown around. If he was indeed played that role, then why did MLB suspend Hinch/Lunhow and are about to come down on Cora? But the real "mastermind" gets away scott free? Come on, you guys can't really believe that, right?


Absolutely ZERO evidence he was "one of the masterminds". Thanks though. He was mentioned ONCE in the report. Cora... 11 times.
can we end this ridiculous media
Rory : 1/15/2020 10:30 am : link
narrative that Beltran was the "mastermind" of the scandal.

Beltran's name was mentioned once


Randal blames Cashman when his car gets a flat tire.
Beltran interviewed
pjcas18 : 1/15/2020 10:31 am : link
and was hired by the Mets BEFORE the Fiers interview with the Athletic was published, and the jomboy tweets providing the evidence.


When 4 people agree on something within seconds on BBI - it is a cold, hard fact!
also someone needs
Rory : 1/15/2020 10:33 am : link
to shut down metsblog forums, too many idiots
He has to go
averagejoe : 1/15/2020 10:37 am : link
He lied multiple times to the press regarding his involvement in the sign stealing fiasco and he was one of the primary players. His credibility is shot already. With two WS winning managers dismissed already Mets cannot justify keeping a rookie MGR under these circumstances.
This is bordering on "cancel culture" now
Chris684 : 1/15/2020 10:38 am : link
Punishment has been handed out.

1 GM and 2 managers across 2 different franchises, 4 draft picks and $5 million in fines.

From what I've read MLB has instructed people not to discuss it (at least it sounds that way).

I would expect MLB to put out a statement explaining the lack of player punishment (including Beltran) though I think we all can understand why they aren't disciplining the players.

and I think MLB is probably waiting for the Red Sox investigation to wrap before releasing that statement.

Punishing players is problematic because of the MLBPA. You would have to punish all the players including former Astros players (and who knows, maybe Red Sox players), who in any way benefited or knew about it and then you have large amounts of players facing disciplinary action of some type and the MLBPA would appeal and the rules were sketchy in 2017 and from the MLB perspective it would likely throw gas on a simmering fire.

Punishing only those in authority probably makes the most sense for MLB.


IMO, it all depends on if he lied to Mets ownership during the interview process?

I would have to imagine he didn't which could explain why Beltran knew he had protection and refused to interview with other teams.

Quite honestly I could give a f*** about him lying to the NY media. Most of those people (specifically beat writers) are liars in their own right

If he comes out and issues a formally apology and confirms Mets management already had knowledge then hit him with a fine for a charitable cause and lets move on.
PJ
DanMetroMan : 1/15/2020 10:45 am : link
that has already been explained. Players spoke in exchange for immunity.
I think the league owes it to the Mets
bigbluehoya : 1/15/2020 10:49 am : link
who are 100% innocent bystanders in all of this, to announce definitively, and soon, whether or not Beltran faces any discipline for this.

I presume that the answer is "no" given that he was a player in the known incidents, and I'm perfectly OK with that.


thanks, I didn't know that. I read early on that Beltran spoke with MLB and was very forthcoming and cooperative. Didn't know they got immunity.

If true, what's the noise about?


So? Everybody lies to the press. Often times, the press lies, too. Who cares? Nothing will happen, that's what I think.
The only way I could see them firing him is just that
jcn56 : 1/15/2020 11:20 am : link
if for some reason the media doesn't let go of the whole thing and it ends up being a distraction.

I think Beltran would be best served just addressing it head on, apologizing for the part he played, saying he learned his lesson and moving on (if he hasn't done so already). The fans have a relatively short memory, I doubt it lingers for very long.
It all depends on his contract
crackerjack465 : 1/15/2020 11:21 am : link
if the Mets would be on the hook for his entire contract since he wasn't disciplined for the scandal, then I don't think they fire him.

If it's a scenario like the Giants have with Golden Tate, where discipline against him in 2019 means part of his contract is voided and they can move on without the financial liability, then I think they fire him.

From what it sounds like, he won't get disciplined. So unless they have some type of mutual agreement where he leaves and only collects a small % of his salary, I don't think he is fired.
At
mitch300 : 1/15/2020 11:36 am : link
First I thought they should fire him. Then I realized after Hinch serves his suspension he most likely will get another coaching job. Since Beltran was not suspended, he should not be fired. However, if the Mets asked him if he did do it and he was not truthful to them, then all bets are off.
The
mitch300 : 1/15/2020 11:41 am : link
Mets should at least come out and say that he is their manager for the season. Not saying anything is having him twisting in the wind.
Yeah, I think the Mets should back him.
bceagle05 : 1/15/2020 11:44 am : link
People are overstating how much of a controversy this will be once the season starts. No one comes to games to see the manager make pitching changes. Once spring training starts it'll be all about deGrom, Syndergaard, Cespedes, Alonso and the rest of the gang. Beltran just needs to endure one awkward press conference.
I don't think he should be fired
moespree : 1/15/2020 11:45 am : link
He should make a public statement though and then that's it. It's a tricky thing though because the Mets had nothing to do with it and will now be roped into it. Also suspending or having to fire him penalizes the Mets, for something they had no part of which is certainly an unfair result for them. That's what makes it difficult.

I don't have a feel one way or another for what is going to happen. My guess it comes down to whether or not Beltran was honest with them. If he at any point lied to them about something with this then I would guess he probably won't last.
How would the Yankees have handled it ?
Ron from Ninerland : 1/15/2020 12:11 pm : link
I think we all know the answer to that. They would have either made a strong statement of support by now or they would have shitcaned him. Typical Mets are going to let him twist in the wind
If he wasn't the mastermind then
Stan in LA : 1/15/2020 12:25 pm : link
He was the ringleader!


I don't think this is as definitive as you purport. There are a lot of factors that were stated in this thread that does not make this an easy decision. Everyone knows the Mets operate with an eye towards money. This is likely a complicated decision based on the impending sale to Cohen. Perhaps they already spoke to Carlos and he is aware of his fate?
no need to speculate
RasputinPrime : 1/15/2020 12:43 pm : link
we will all find out shortly. Not good for baseball regardless.

I remember The Boss being kicked out of baseball for a few years and i'd prefer the heaviest sanctions come down on the owners who by proxy facilitated the cheating. You hit the owners in the mouth and you can be sure they won't leave anyone involved unflayed.
wanted to add something positive to the thread
RasputinPrime : 1/15/2020 12:44 pm : link

Baseball made a decision
Vanzetti : 1/15/2020 12:46 pm : link
That coaches and GMs would be held responsible and players would not be punished.

Obviously that is motivated by $$$ because baseball does not want to ban guys like Altuve and Springer for a year. Also what about guys like Cole who had to know about it even though they were not direct participants?Is that fair?

Probably not. But it is a clear cut criterion and that in itself is a virtue.

People cheat... some of them just got caught.

Now chill out and move on... and wait for the next round of cheaters to get caught..