Yeah. Cuz TC was there to mentor him imo. And you might want to check but that was hardly a top 5 O. . His offense was predicated on OBJ. Imo he’s a shitty OC. The two years it was all his to run it sucked. Mr. 11 Personnel. Funny. . If you think he’s a great OC fine. Somehow Bill Walsh Jr hasn’t gotten a sniff at a job. Shurmur was snapped up who did just as bad. We can agree to disagree. For me It would be a dream come true for him to get that job for me as a Giant fan.
RE: Will the Eagles trade for Odell
djm : 1/15/2020 9:41 pm : link
In comment 14781096 Matt in SGS said:


Man don’t remind me.....And as bad as his playbook and offensive philosophy was, his handling of the the locker room was even worse.

He’s probably got a place in the nfl doing something, maybe he’s ok in personnel somewhere or some asst coach stuff, but he was brutal as HC.
Its easy to laugh about it
j_rud : 1/15/2020 9:44 pm : link
but he only got the HC gig here bc he did pretty damn well as the OC prior. He was incredibly stubborn as evidenced by the 11 personnel thing but I think it's stupid to not wonder how much organizational dysfunction impacted his tenure.
Mike McCarthy got all the publicity, but
smshmth8690 : 1/15/2020 9:50 pm : link
don't sleep on the McAdoo Project. 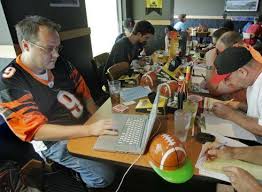 I wouldn't think so.


Yes he does. This is an odd move. Not sure why they would want McAdoo. Possibly as a passing game coordinator or some role like that. I can’t see Doug giving up his play calling duties. Just doesn’t make a lot of sense.
People mocking him
jeff57 : 1/16/2020 5:06 am : link
But only Giants Coach the last 7 seasons to have a winning record.
McAdoo
hitdog42 : 1/16/2020 6:09 am : link
Put up plenty of points as OC for the giants. People love to refer to those points and stats when defending players they love.
Somehow those are only coughlin and Eli’s points
Then he takes over as coach and realizes the point is to win- he calls a more conservative game and relies on his defense, his game management, and obj. They win and make the playoffs.
But for 2016 people now shit on him because they didn’t score enough? But they won? Due to his strategy
He’s not a bad football coach he just was incapable of handling the 2017 dumpster fire.
yeah...11 wins
AnnapolisMike : 1/16/2020 6:26 am : link
And yeah the offense was not all that good. But if you get 10+ wins in the league...you had a pretty good season and the coach should get credit. He seemed to turn into a douche his second year and lost the team. But he got the job because he had prior success.

Any coaches success or failure depends on what they are given in terms of players to a significant extent. McAdoo benefitted from an influx of free agent talent his first year. I imagine Coughlin would have done well too. Shurmur was saddled with a crap roster this past year. Over $100M in dead money and cap space going to 5-6 guys. The Giants were going to suck no matter who coached them this year.

None of these coaches in the NFL are morons. Where they fail is trying to take on too much, poor game management and poor interaction with players. Judge could easily come in and if is not careful...lose the team right away.
RE: Its easy to laugh about it
sb from NYT Forum : 1/16/2020 7:43 am : link
In comment 14781180 j_rud said:

And when Eli was a dumpster fire and benched during the season McAdoo also knew that Davis Webb was terrible and would never be a NFL Level QB and in fact Geno Smith gave Giants best chance to win.


Except Geno Smith is terrible and can’t play.
I think he is a fine OC
Rudy5757 : 1/16/2020 9:20 am : link
I dont think he is built to be a head coach, he doesnt fit the suit...lol. There are many people that are good at a coordinator position but can't translate to the head coach spot. Its too much to manage and they get swallowed up. I think that was the case with Mcadoo and shurmur. Plus the media in NY has a much bigger presence and you could see a guy out of his league from day 1 with the whole suit thing and the slicked hair. Not being himself.
RE: RE: RE: RE: And he would do a good job
Victor in CT : 1/16/2020 9:46 am : link
In comment 14781235 TheShade said:

The Davis Webb stuff gets repeated as a positive for McAdoo. It is a really bad look for him. If he knew eli was a "dumpster fire" and his plan was to bench him, he should have made Webb the backup in training camp and given him the reps to step in when Eli was benched. There was literally no reason to have Geno on the roster, especially in a lost season with a couple of games left to play.

The responsibility of a HC is to have the foresight to carry out his plan and prepare accordingly. Like most other things in his time here, he failed miserably at it.
RE: RE: also
Victor in CT : 1/16/2020 9:58 am : link
In comment 14781468 FatMan in Charlotte said:

he was then asked to take over a losing team that couldn't win close games... and won 11 games, many close.

I just find it comical the vitriol that people have for his time here. he succeeded in 3 of his 4 yrs and actually had the correct vision to move on in 2017- he handled it all terribly that year but he wasnt wrong.
Fats
fkap : 1/16/2020 10:11 am : link
"If he knew eli was a "dumpster fire" and his plan was to bench him, he should have made Webb the backup in training camp and given him the reps to step in when Eli was benched"

Not if he thought Webb was also a dumpster fire. With the benefit of hindsight, is there any reason to think the right move was to bank on Webb? Going with Geno as backup was the right move. Beyond that, I don't think there were any right moves (QB) to be made.
fkap..
FatMan in Charlotte : 1/16/2020 10:15 am : link
but what does having Geno Smith play accomplish?

He wasn't a long-term solution. He wasn't even a short-term upgrade. His presence on the roster was puzzling, as was the timing of when he actually played. If it was thought that Geno gave the best chance at winning, then he should have played right away. Not in a meaningless game late in the season.


What do you mean? Every team has an OC whether they call the plays or not?

Bench Eli for Webb and there would have been ZERO issues.....that's what most people wanted. Including me. The season was over. Let's see what we have at QB.


All fair points. I think the vitriol comes from his style - he acted like a jackass, especially as things went bad in 2017.

Personally, I don’t like him at all. His dickishness to the media. His cringe worthy cliches. That fucking suit. But I’ll always care more about the Giants winning than liking the coach (although the 2 are largely related of course)

As a head coach, I fully admit he was a much better game manager than Shurmur, and even Coughlin over TCs last couple years. We won a couple close games in 2016 bc BM managed the clock well.

I think we all know he forced the Geno Smith start in a last ditch effort to prove he could win with a QB who could move - and in turn either saving his job or enhancing his resume for the future.

Funny thing is, Geno played well early in that game, almost proving BM right. Then he remembered he was Geno Smith, and threw a couple bad INTs to blow it

Not really, considering how Webb fared subsequently. Mac saw him every day in practice and probably knew the kid was not an NFL QB.

Two inside lbs and

Absolutely correct, he started Geno Smith in a desperate attempt to save his job. He thought if Smith played well enough ownership would blame the teams struggles on Eli.
I would argue
fkap : 1/16/2020 11:24 am : link
that Geno over Webb was the right move. He was higher rated out of college. He had NFL game experience. He was obviously judged to be more game ready, and I think he had a better chance at success. That isn't to say he was a good option to break Eli's streak and start a game. He was the logical choice for backup. Had Eli gone down mid season, Geno gives you the best chance to win. Having just gone to the playoffs, the plan going into the following season was to still be relevant mid season.

The whole argument for Webb is based around being an unknown entity. His history since shows that there never was much hope, so I don't see how folks are still holding it against McAdoo for not choosing him.

The choice to bench Eli and the handling of it is a completely different matter.
Man, Shurmur really has washed the taste of McAdoo away.
an_idol_mind : 1/16/2020 11:38 am : link
McAdoo had a good year immediately following a free agent splurge where the defense played above its talent level.

The rapid plummet from an 11-5 team to a 3-13 team was entirely his fault because he failed to maintain a semblance or order in the locker room.

People seem to forget that basically the entire defense, which was responsible for the success of 2016, either got suspended for team violations or outright quit on the field in 2017.

For all the talk about how he knew Eli was shot, he decided to ride with him throughout the season until the team was eliminated from the playoffs. Then he pulled off a harebrained scheme to basically tank the rest of the season (benching the starting quarterback at halftime no matter what the score was).

You can argue that McAdoo was decent as an offensive coordinator, but he was a shit head coach. He benefited from a free agent splurge and a weak schedule in 2016, then showed the worst leadership the team had seen since Handley in 2017.
Pedersen must need someone
HomerJones45 : 1/16/2020 11:43 am : link
to go for the coffee and doughnuts. He was foisted on the old man by Mara and Reese because they thought "gee whiz wouldn't it be great to have the GB offense" forgetting that doofus wasn't bringing Aaron Rodgers with him. After getting carried for two seasons, they anointed him HC and propped him up with a $100 million dollar spend on defensive players which he promptly blew out the door.


Most of this is spot on. What gets lost in the sauce for 2017, is that the team was ravaged with injuries. They were going nowhere. And Eli got fully exposed as a player who couldn't lift a team anymore. He was JAG status and needed every part of the offense to be high level in order for him to have a chance to function.

McAdoo actually deserves credit for giving Eli all the runway he needed to find his game. He was very respectful. Unfortunately, he got sold out by an owner who lied his ass off about the plan to sit Eli. McAdoo was actually following Mara's orders.

But with all of the public backlash, coupled with a horrible season, McAdoo became the victim of Mara's crime; and ultimately marched down to the gallows and hanged in front of Jints Central.

A disgraceful and embarrassing act by Mara.

The main difference between Teat and Teet is that the Teat is the projection of a mammary gland from which, on female mammals, milk is secreted.

Teet is an Estonian masculine given name.