So, how many "Gold Jackets" in this year's draft ?

Picking in the top-five, not an unreasonable expectation. 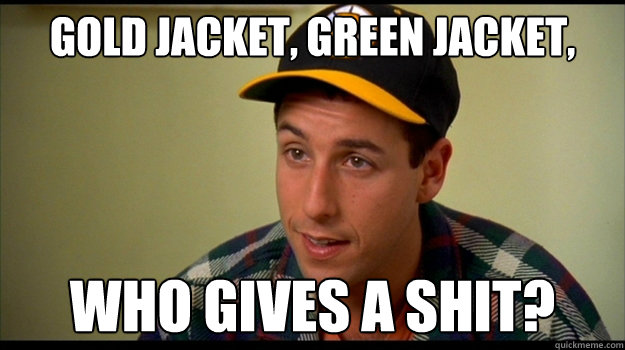 Young - Because he's the next JJ Watt

Jeudy - Because he's the next OBJ (without rocks for brains)

Even God himself has to just let things happen and let his hand go from some players...
Guys like DG ...
Manny in CA : 1/16/2020 9:25 pm : link
Make those calls. He envisioned Saquon Barkley being that kind of player "touched by the hand of God". so-far, so-good.

Can we stop using Gettleman's terminology until after he puts together a worthwhile team? "Hog Mollies" and "Gold Jackets" players. Really. Just call them linemen and blue chip guys.

Leading up to the draft it's going to be who is Gettlemen "in full bloom love" with or is this player "touched by the hand of God". I wonder if Gettleman will go to the Senior Bowl and identify our first round draft pick by watching three plays of the guy during the game. That would be fun.

To me, there are several blue chip players that could help us in this draft - aside of the QBs. I think we will be in great position to move down and get a nice haul of picks so long as Herbert doesn't shit himself at the Senior Bowl. You know Burrow is going 1st. I think teams are going to want to move to the top 3/4 to get Herbert and Tua. Hopefully our GM picks up the phone and listens to potential trade down scenarios.

As for the blue chippers, I think they are Chase Young, Okudah, and Jerry Jeudy. I'm not sure if Simmons is one, but he is potentially in the discussion there as well.
I've never seen anybody come back from a high ankle sprain ...
Manny in CA : 1/16/2020 10:40 pm : link
The way he did. When he did get back, he faced 8 man lines all day.