No leaks on coaching hires is excellent.

FatHeadTommy : 1/17/2020 2:22 pm
Maybe this means that we can actually keep info like who we want in the draft under wraps, unlike in years past when the pick was seemingly taken right in front of us.

Does this signify that we've ushered in a new period of institutional discipline? If it does, while I hate this waiting for news, I'm all for us being able to control what gets out and what doesn't.

Judge clearly learned something from Bill.


Won't really be able to answer until I know the full picture. So far, so good.
Gettleman cleaned things up big time
jlukes : 1/17/2020 2:36 pm : link
Part of the reason there was such media backlash about the Daniel Jones pick was because the media felt deceived by the pre draft "leaks" they got

Look how butt hurt Francesca was..


Callahan has to be very appealing to them. But as Yankee28 pointed out, there was some tension between Garrett and him.


Not true at all - last year around this time (right around the Senior Bowl) rumors were all over regarding the Giants interest. Vacchiano posted his pre-draft prediction, and had it right just like he had the years prior.


They put passwords on all of the Commodore 64s they use. Sure, the passwords are all "password," but it's a step in the right direction.
Callahan comments on Garrett...
Mike in St. Louis : 1/17/2020 2:49 pm : link
from Christmas 2019...don't know if this has been posted...of course, his private thoughts might be different...

"I have a lot of respect for Jason," Callahan said. "I think he was tremendously well-organized. He was a really good communicator with the players.his messages were always spot-on with the opponents we were playing. He was very demanding as a staff member as to what he wanted. He demanded precision."
Link - ( New Window )
RE: Its interesting also that
Eric from BBI : Admin : 1/17/2020 2:49 pm : link
In comment 14783708 FatHeadTommy said:


Especially after those first four which came quickly.

Ralph always had us taking Haskins


Help me out jlukes - in an attempt to prove your point that Gettleman silenced leaks - you included an article from BEFORE THE DRAFT with Vacchiano stating the Giants would select Jones at 6, and including this tidbit:

The leaks may have been coming from admin staff who are in a good position to know. For example, secretaries and admin assistants.
Gettlemen certainly did tighten things up
ZogZerg : 1/17/2020 3:05 pm : link
That's why the big meltdown when the Giants took a QB at #6.


It seemed as if every media member was told something different.


Your own article states very clearly that MULTIPLE NFL SOURCES believed that Jones would be the pick, and would be picked at 6.

Just like any other Giants draft year. No magical keeping quiet, no matter how you guys might like to pretend otherwise. That's an article from before the draft saying that teams already pegged who the Giants would be picking and which 1st round pick they'd be using.

If you want to promote Gettleman fine, try to do it on merit. I know it's not easy, but don't just start making shit up.
The leaks were actually cleaned up
Mr. Bungle : 1/17/2020 4:46 pm : link
after the Reese administration was shown the door. That's where the leaking problems were.
You're living on Fantasy Island
arniefez : 1/17/2020 4:54 pm : link
if you think somehow the Giants are going to stop being the Giants with the media. Media paranoia and media leaks to their "friends" for return favors is part of the DNA. Especially about the draft.

This is absolutely ridiculous. If you’re being honest with yourself, you’d admit that leading up to the draft, you could read ten different articles and get ten different opinions on who the Giants would take. It was all over the map. In fact, there were some jokes around that time that regardless of the confusion and conflicting reports, no matter who the Giants took, some posters would still claim that the Giants obviously leaked who they would take. And, here we are....
RE: The leaks were actually cleaned up
hitdog42 : 1/17/2020 5:36 pm : link
In comment 14783870 Mr. Bungle said: 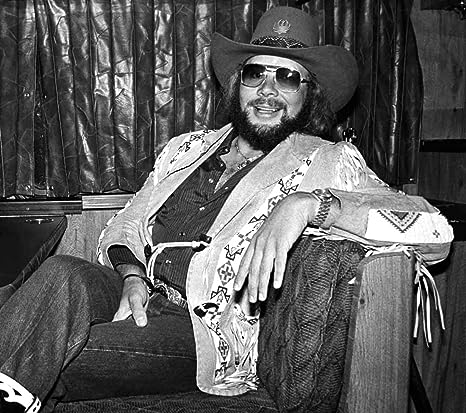 
It has to stop - the needless bashing Gettleman posts. I don't give a rats ass if Ralphie thought it would be Jones. There were really only two QBs to be drafted at 6 -Jones or Haskins. That was it. And we all know that Gettleman really wanted Allen at 6 and Jones at 17. But the rumors were out about DC, Denver and one or two others between 6 and 17 for Jones. So Ralphie was on Haskins until he changed his mind..for whatever reason.
Except the day before the draft, like clockwork, the NFL knew
jcn56 : 1/17/2020 7:02 pm : link
exactly who the Giants were going to take and where. Again. Just like they did with Barkley.

It's not Gettleman bashing - if you make shit up, and written evidence exists to prove that you're wrong, expect to be called out on it. For fuck's sake the guy making the claim PROVIDED the proof he was wrong, and didn't at least own it, he just doubled down on the stupidity.