Mahomes is by far the biggest draw with bettors. I think the line will move more to the Chiefs and end around Chiefs -3.
I like the Chiefs, and it is because of Mahomes.
Leg of Theismann : 1/19/2020 10:24 pm : link
That said, I'm surprised the 49ers aren't the opening favorite.


Agreed. And I was thinking that in part because they've looked so dominant the past 2 weeks. Then again, as I say that, I realize the Chiefs have been similarly dominant in their own right at +31 PF-PA the past two games (only slightly lower than the 9ers at +34).
SF plus the points
montanagiant : 1/19/2020 10:31 pm : link
Both teams with a ton of speed on opposing sides of the ball.
But Defense wins in those examples
For pure story lines...
bw in dc : 1/19/2020 10:31 pm : link
hoping JimG lights it up and wins the MVP.

Not that Belichick's legacy needs any more enhancing, but that would certainly add more spice to it... 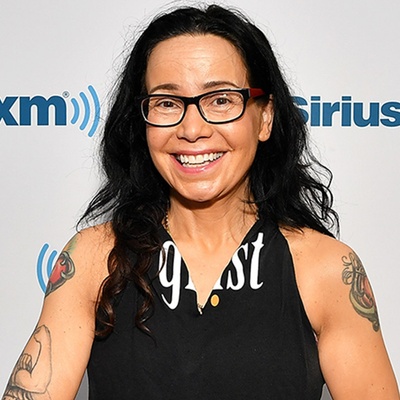 San Fran Defense > K.C. Defense.
49ers defense is
section125 : 1/20/2020 6:58 am : link
pretty awesome up front. But the Titans were not to shabby and did you see how much time Mahomes had to throw yesterday. And if they get close to him, he simply runs away. Also, in a warm Miami, Mahomes receivers will not be dropping as many passes as they did in 10 deg yesterday.

Also remember San Fran has given up some big number scores defensively, and KC is probably the best team they will face this year.

I think the game comes down to Jimmy G., and how well he can perform. I doubt he gets to be just a bystander in this game.


The Niners survived 20-7 in New Orleans this year before dropping 48 points on them.

People have conveniently dismissed all of Jimmy G's 300 yard/4 TD+ games and focus only on what they want to see.

What I saw was the man finally unleashing his entire run game scheming, and ready to unleash the entirety of his passing playbook on the biggest stage. When the Niners lost to the Falcons, it was a vanilla playbook where Kittle was targeted an insane amount of times.

And here we are in the biggest games of the season and Kittle and Emmanuel Sanders are targeted like they're on the bottom of the roster? Does that make any sense generally speaking?

Meanwhile over in KC, Andy Reid has enjoyed showing off his toy Mahomes season in and season out. It looks very nice and sparkling. But I don't see anything there that's schematically anything the Niner D can't figure out. It's just a matter of coming up with the best game plan and executing. What's KC's run game look like on the championship level?

Based on last year's AFC championship game and these last two postseason games, it looks very much like it wouldn't be a shocker for the 49ers to take a 14-0 lead in a game like this if Houston and Tennessee (and New England) accomplished much the same. The challenge will be to sustain it and deal with the off schedule plays Mahomes can make.

This modern NFL has become stressful where no lead feels safe until it's almost mathematically impossible to come back with too little time remaining.

I'm curious how the Niners will approach this from a coaching standpoint. Will they look to do ball control and their standard of defense, or will they take chances?

Will they try to punch the Chiefs in the mouth or play a more balanced type of game?

After 30 years of watching football, I'm convinced that if a team with a great defense throws up a ton of points offensively it's almost impossible psychologically for them to be shut down the same way they would if the game was 6-6 heading into the 4th quarter.

KC may squeek by