If the Lions should surprise some and pick Isiah Simmons at 3, what do you think the Giants should do?


False. Tua believes he will be able to work out for teams prior to the draft. He won't be ready for the combine, but absolutely he'll play in 2020.

And there will be ample teams looking for his services and willing to trade up to get them with what he put on tape.

I think the Chargers are going to be the aggressors. They moved to LA, the Rams get more of the pub, LA doesn't seem to care about them. They need a player with star power and with Rivers gone, that's Tua.

But they will need to come with the best offer and they don't have the pick capital that other teams do. Jacksonville, for instance, has two first round picks this year.
That would be the ideal situation
beatrixkiddo : 1/20/2020 9:06 am : link
To trade down. Unfortunately we still have a lot of holes to fill due to years of awful drafting and could use more high level picks. If this happens I think the trade market will prove to make way to much sense as I see Both Tua and Herbert getting pushed up the board with how many QB needy teams there are this year. Seems like the perfect time to trade down and cash in on our high pick this year. Joe Judge just has to convince Gettleman that is the best move, I don’t trust Gettleman to not fuck this up.
Do NOT draft Okaduh
averagejoe : 1/20/2020 9:19 am : link
with so many glaring needs you cannot take another DB. Giants need big men to compete. Okaduh may be a fine player and nice guy but drafting him at four will help us about as much as drafting a long snapper.

I'm not saying he won't play next year, but I don't think he is anywhere near ready for camp. A bigger concern for me would be that he had now 3 surgeries in the last year. I know some people don't consider tightrope surgery a big deal, but it is still a surgery and he still needed to have it
That's projected rehab - ( New Window )
RE: Draft okudah
TMS : 1/20/2020 9:26 am : link
In comment 14786510 Tuckrule said:
. Seems like that scenario could play out. As long as we get a solid starter in Okudah, I can live with it. Reaching for anyone else would be a mistake unless our new personnel team see us gettin a couple of OL in this draft with a trade down. Garett did a good job in building an OL in Dallas if they were his calls.
do not draft Okudah
BigBlueCane : 1/20/2020 9:31 am : link
or any other CB. Draft Thomas if they intend to stay put, otherwise try to move down.
RE: do not draft Okudah
LakeGeorgeGiant : 1/20/2020 9:36 am : link
In comment 14786680 BigBlueCane said:


Thomas is not worth 4 imo. I d ok nf even expect him to be the first ot taken. He does not appear to have the feet to play tackle at the next level.

Don't draft for need. Did Flowers teach us nothing?
Trade down or Okudah
Archer : 1/20/2020 9:40 am : link
Okudah will likely be the highest ranked player on the board in this case.

Whatever, the Giants do they cannot afford to reach for a player.
Take the bluechip player.

Trading back is not easy and if the teams in front have not traded back it may be that teams are not willing to pay the price.

I'm fine taking a CB even though we already have invested in the role.

Tua still carries great value. Pick up extra high pick and still get Okudah or the top LT on our board.
One argument against Okudah
Pheonix Orion : 1/20/2020 10:37 am : link
Secondary already extremely young.Probably go vet CB in FA as Gettleman talked about having vet or lead dog in each unit. Janoris gone and all guys young as Bethea probably goes too.

Problem is if Young and Simmons gone he may be BPA by quite a bit unless LT makes grade there. Jeudy might be close in value but don't know if going WR is prudent.

Remember, this team only has 2 picks in the top 75 players because of the Williams trade. No third rounder until the compensatory portion.

Consider if we took an offer from Jacksonville to slide to #9 to pick up #20 and #42 plus?

Instead of Okudah, you're going to have an OT available at 9 in all likelihood...Wills or Thomas. At 20, you might get a pass rusher like Curtis Weaver. Then with your 2nd rounders, you can get more OL help, another tackle or C, OR BOTH, or you can go receiver...there's so many really good ones in this year's crop that someone is bound to drop to the top of the 2nd round.

Now which would you rather have...Okudah, or two extra starters from the top 50, doubling your number of top 50 picks? Without a great offer, I might go LT at #4 over Okudah anyway, because that's the biggest area of improvement on this team to make it significantly better, IMO, as long as the player taken has a high enough grade.
One fact to throw out there
cosmicj : 1/20/2020 10:51 am : link
The Lions have two relatively expensive CBs signed.

Justin Coleman is 26 and in the middle of a $36mm contract.

Taking Okudah isn’t out of the question but I bet the team would really rather look in another direction given how bad that defense is.


Like the slight tradedown. Stock team with players that fit new coaches vision for team. Maybe get the monster OT.

As opposed to Eli , Jones struggles with end pressure more than A gap pressure. Fixed on looking downfield and doesn't sense pressure coming off ends well. Might improve might not. Improve the tackles.
RE: do not draft Okudah
RobCarpenter : 1/20/2020 11:04 am : link
In comment 14786680 BigBlueCane said:


If he truly is a shutdown corner then I don't see how you pass on him if he's there and Simmons is taken by the Lions.


You draft the best player available. I'd prefer to trade down, because we need extra premium picks, and I think we will get a good player even if we move down.

And if we stay put, and Okudah is available, it will be hard to justify not selecting him. He is a shutdown corner in every way possible. He is a stud.

There is also Simmons and Jeudy and then the OTs, depending on our evaluation of them.

The buzz on Chase Young has gotten ridiculous. Right now he has a tremendous size/speed combo, but his entire repertoire is run around the tackle and hit the QB. Now, that's not to say he can't develop pass rush moves. But that is what he is at this point.
RE: RE: RE: RE: Do NOT draft Okaduh
Pheonix Orion : 1/20/2020 11:19 am : link
In comment 14786858 Giants38 said:


Interesting call. They were dead last in pass defense. So they could use both pass rushers and cover corners. I don’t think Brown is Sapp or Donald, but I could see him being a real disruptive force coming up the middle...
Bah..Okudah,Bah..Simmons,Bah....Coby Fleener?
ghost718 : 1/20/2020 12:26 pm : link
Coby Fleener? That was 8 years ago you dummy 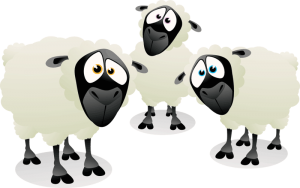 
That would be best possible scenario. One of few positions NYG stacked in provided Williams re-signs. Leaves Okudah, Simmons, top OT and tradedown with QB desperate team on table.
I might be
uconngiant : 1/20/2020 2:54 pm : link
The only one not big into Young as I didn't see him excel much in any game like Bosa when he played at OSU. Yes he is a excellent pass rusher, but just don't see the can't miss that others see.

He'll make a few impact plays but probably not nearly enough to justify his draft slot.
If Sy and other respected
Big Blue '56 : 1/20/2020 3:04 pm : link
draft guys are indeed high on Thomas and the Giants’ scouts like his toughness and upside, it sounds to me like a no-brainer
Clowney had an underwhelming junior year
Pheonix Orion : 1/20/2020 3:06 pm : link
From the sack department. Young was getting double and triple teamed and still got 16.5. Young shows pass rush ability in addition to his freak athleticism. Clowney was more freak athlete who could play the run but only flashed in pass rush.
RE: That's the perfect..
Eman11 : 1/20/2020 3:17 pm : link
In comment 14786864 FatMan in Charlotte said:


That's what I'd like as well and the key for me is only a couple of spots. I'm not sure I'd like to go as far back as 9 to Jax unless they made an offer too hard to pass up.


Fixing the OL has been a thorn in DG's side. Two of his guys hopefully worked out in Zietler and Hernendez but the tackles and the center were failures.

He said fixing the OL is priority #1, 2 years ago. The FA selection is limited at best.

If one of these LTs: Becton, Wills or Wirfs have the grade of shutdown LT, I think he's the pick.