I was bored and re-watched parts of XXI and XXV

My favorite moment was XXI was the flea flicker that set the Giants up on the 1-yard line. One play later, Morris scores and the game is all but over. But Parcells starts screaming at his players on the sideline because he knows the game isn't over.

XXV. How can you beat that 10-minute drive to start the 3rd quarter!!? The first time the Bills get the ball in the second half, there is only 5 minutes left in the quarter!
I have to have watched those games a few hundred times each by now
Greg from LI : 2/7/2020 10:00 am : link
Even well before they were on DVD and Youtube, dad and I wore our VCR recording of them out. However, even now it still surprises me sometimes how slowly they started in XXI before they just annihilated Denver in the second half.

That goal line stand that led to the Karlis miss was something else. Three legendary LBs, three tackles. LT chases down Elway on first down, Carson blew up a block and stuffed an inside run on second down, and Banks got the tackle on a toss outside that had about 5 guys all over it.
I think the only drive that can come close
bigblue5611_2 : 2/7/2020 10:01 am : link
though it didn't result in a TD was the opening drive of XLII, a SB record of 9 minutes and 59 seconds. Definitely set the tone for the game and was a page right out of Parcells playbook against his best disciple.
RE: I have to have watched those games a few hundred times each by now
Eric from BBI : Admin : 2/7/2020 10:02 am : link
In comment 14805814 Greg from LI said:


I just saw a Giants.com video on XXI where one of the players said the heat REALLY bothered them in the first half. They weren't used to it. They said they felt rejuvenated in the second half with the sun down.
Summerall and Madden actually talked about that
Greg from LI : 2/7/2020 10:05 am : link
I remember Madden saying that it can't be easy to go from playing three playoff games in 20-30 degree weather in NY to LA sunshine. I think it was close to 80 degrees at kickoff.
two playoff games, not three
Greg from LI : 2/7/2020 10:05 am : link
.
Greg
Eric from BBI : Admin : 2/7/2020 10:08 am : link
Check out the comments at the 5-minute mark...


And if you want to see a linebacker who utterly dominated the game, watch Carl Banks in the 1986 playoff win over the 49ers and again Banks in XXI.
I’ve rewatched the 86 playoff games many teams
mfsd : 2/7/2020 10:30 am : link
What always jumps out is although LT was league MVP and dominant that season, in the playoffs Carl Banks was the best player on the field.

Teams were of course trying anything to stop/avoid LT, but Banks was just ragdolling RBs and TEs.

LT and Banks in their prime together were the best OLB tandem in the history of football. I’ll have words with anyone who disagrees.
Banks was dominant
Greg from LI : 2/7/2020 10:30 am : link
Best player on the defense in the playoffs. Outshone LT. I don't know if it was because teams were so focused on LT or what, but it was Banks making all the big plays.
what
Eric from BBI : Admin : 2/7/2020 10:33 am : link
I don't really understand is why Banks play fell off after the strike season. (Banks was AS GOOD as LT during the strike season once the players returned). He wasn't bad after that, but he wasn't the same dominate player.
What the defense did to the Bills receivers would be criminal today
Sneakers O'toole : 2/7/2020 10:36 am : link
There isnt enough money to pay for the fines by todays rule standards.
That was Belichek's plan......
GiantBlue : 2/7/2020 10:46 am : link
Besides his two man fronts and the DB's keeping the plays in front of them.....hit those receivers every chance you get. Make them pay for the catches and look up as the ball is coming to them.


He fell victim to the holdout issues in the 1980s. Banks held out for a new contract before 1988 and he wasn't the same player. It was fairly typical that when a guy held out in the 1980s, they almost never came back and played well. Bavaro was the same thing in 1988 as well. Bavaro was actually better in 1987 than his breakout in 1986. If not for the strike, he'd have had 1200+ yards.

Banks started to play better in 1989, but not as dominant as 86-87. And 1990 he broke his wrist and missed most of the season before coming back at the end. 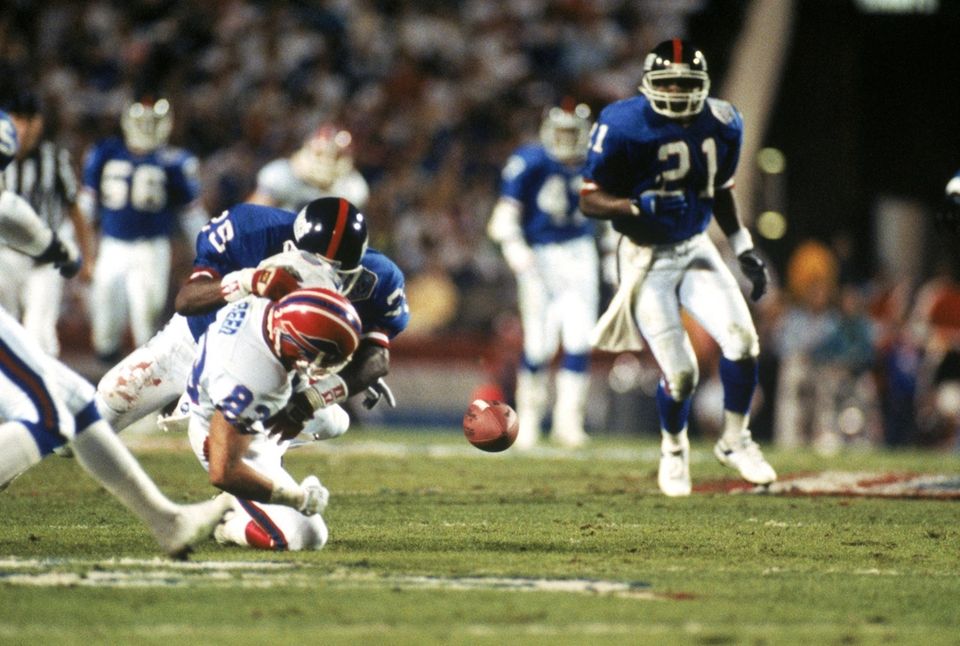 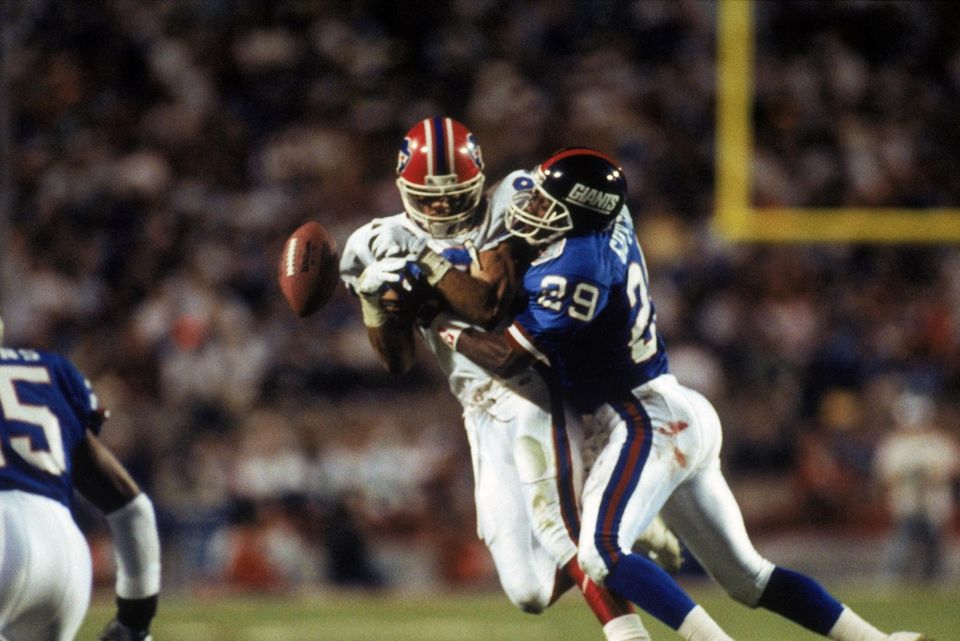 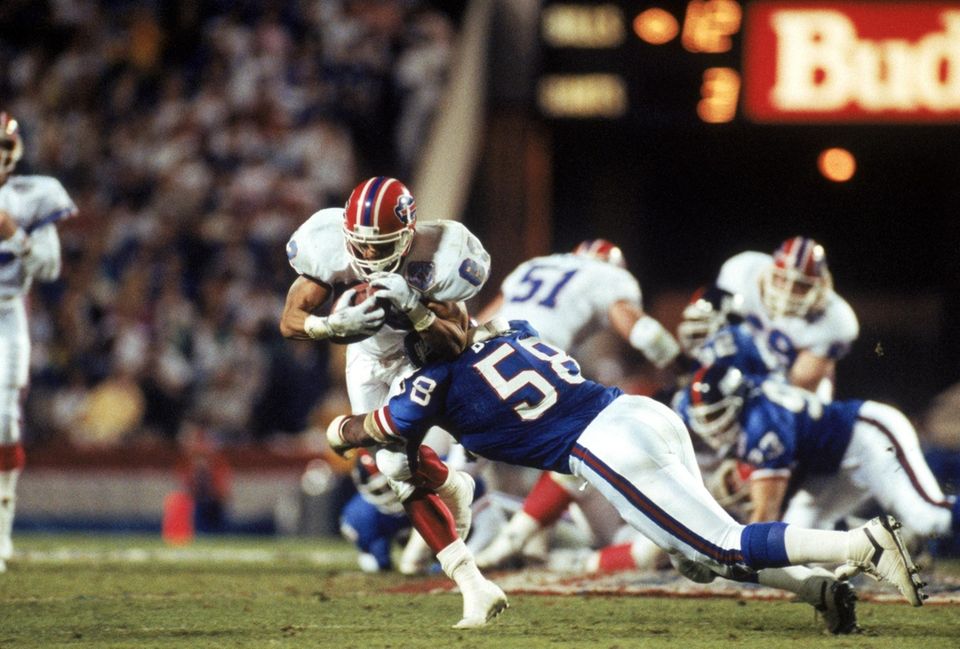 
What about 42, Pats had plenty of time to get into FG range and tie it up. instead of using welker to get down the field they just kept chucking up hail marys to Moss.

Yup, the two players highlighted the most in the 1987 highlights were Bavaro and Banks. Great years for them in a lost season.

The team you love to shit on has given us 4 super bowl titles over 35 years. Which means, you’ve been proven wrong at least four times now and probably a lot more than that.
I feel so privileged...
GA5 : 2/7/2020 11:22 am : link
to have seen that team up close through those years and have a close association with them. Since training camp was at Pace College in Westchester, and me being a single guy with time on my hands, I used to attend pretty much every session every day (sometimes two a day.) At training camp in those days there was virtually no security, so we had total access to the players and coaches(not to mention at Foley's bar later that evening.) Getting to watch Parcells, Belichick and the other great coaches on the staff was a learning experience in teaching. Plus, George Young would come out and sit in the stands and talk football, history, politics, whatever. Great, great days! Great, great team!
Vencie Glenn should get hgh lowed in the balls
Optimus-NY : 2/7/2020 11:35 am : link
Hated that prick when he played for the Giants, even though he played well here. Mofo messed up Mark's career.
I thought I would find the conference title game against the 49ers
Reese's Pieces : 2/7/2020 11:56 am : link
(three-peat) to be better than the Super Bowl, but I was wrong. The Super Bowl was fought with maximum intensity from beginning to end.

I was impressed with the NFL product as much as the game itself. No flags every other play. No reviews every third play. Offense went up to the line of scrimmage, ran the play, got back in the huddle and ran the next play 30 seconds later. And of course the hitting would have drawn a dozen flags today.

Anderson and Meggett averaged 5 yards a carry with an O-Line of Elliott, Roberts, Oates, Moore and Riesenberg.

I would have characterized the line as Jumbo and four other guys, but Oates made Pro-Bowl five times, three of them with the Giants. Riesenberg, a fifth or sixth round pick, never made the Pro Bowl or All Pro. More surprisingly, Moore, Roberts and Elliott, two first rounds and a second, had only two Pro Bowls among them. One each to Roberts and Jumbo. (But Jumbo made All-Madden twice, which may have been more prestigious.)


There's an argument that Webster makes the most important play of the last 25+ years. If we'd lost that game it would have changed everything!
English Alaister
Eric from BBI : Admin : 2/7/2020 2:24 pm : link
Posters on BBI are probably sick to death of me making this same point again, but Eli wasn't alone in making a miracle transformation during the 2007 playoffs... Corey Webster did too. He was a big factor in all of the playoff games, starting with Tampa Bay.
Totally forgot jerry rice’s bizarre fumble
jpkmets : 2/7/2020 4:23 pm : link
Going in for a sure touchdown in the divisional playoffs prior to SB XXI. Crazy play.
Last year my buddy who is a bills fan
Jan in DC : 2/7/2020 4:35 pm : link
came to visit and we watch all of XXV on youtube. Drank a couple of beers and chatted about our memories of the game. Was a really fun time. Not sure it was AS fun for him though.
RE: Totally forgot jerry rice’s bizarre fumble
Optimus-NY : 2/8/2020 5:01 am : link
In comment 14806281 jpkmets said: