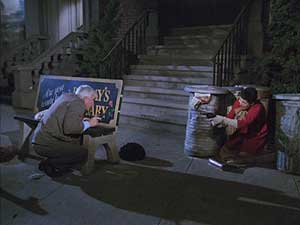 Now obviously
santacruzom : 2/9/2020 10:28 pm : link
Paintball guns don't recoil and you're not intoxicated by adrenaline when you're shooting them. And you can easily adjust your shots, since you can see your rounds fly through the air. But I still came away impressed by how a seemingly average person can lead their target.
second choice
Eric from BBI : Admin : 2/9/2020 10:29 pm : link 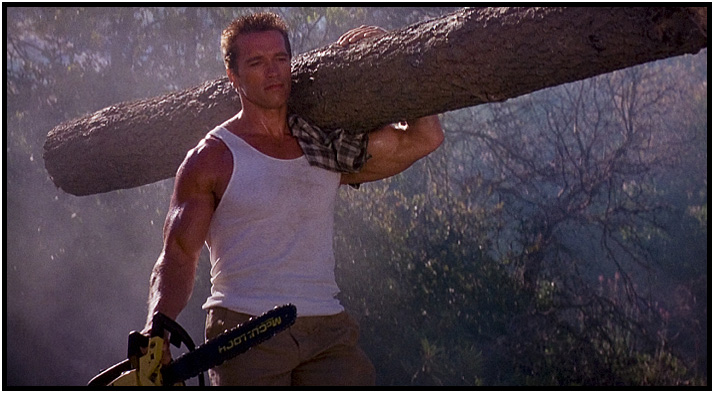 The best was when he aimed at the guy in the tower and his gun was pointed towards the door but the dude 3 stories up somehow got killed. Also what kind of Camo was that he had on...LOL. It was like a couple of strips here and there
I'm not sure about how realistic it is...
Milton : 2/10/2020 12:10 am : link
But my favorite shootout of all time is from a TV show, not the movies. Spoiler alert if you haven't gotten past season three of Breaking Bad.
Hank (unarmed) vs two men in bullet proof vests - ( New Window )
The Killers (1946)
Klaatu : 2/10/2020 5:51 am : link
Hitmen William Conrad and Charles McGraw enter a restaurant intent on murdering Edmond O'Brien, who's eating dinner there. But O'Brien and Sam Levene are ready for them.


I’d have to say, the final shootout in Cobra was on par with Commando. Stallone takes out an army of about 200 psychos with one machine gun.
Unforgiven
Bill2 : 2/10/2020 7:13 am : link
I read some of the background thinking behind the film.

The vast vast majority of gunfights were drunken endless wild shots in dark places. Often the guys that "won" simply had more guns or bullets and shot last.


We were joking about those films.
Some of the scenes in Lone Survivor....
bw in dc : 2/10/2020 8:23 am : link
were pretty damn good, especially the fighting on the mountain (not the village raid at the end)....
I would go with Heat based on just the sheer awesoness of it...
RC in MD : 2/10/2020 8:33 am : link
but at least from my experience, I would go with the confusing pandemonium during the final raid in Zero Dark Thirty as the most realistic, especially when all of the SEALs end up in that one room waiting to go up the stairs to get UBL.

And while not realistic at all (and a crummy movie to boot), I would also put the chaotic nature of the scene from Battle: Los Angeles when the squad of Marines get ambushed as they start walking down the street as the most realistic reaction scene. How they have no clue where the shots are coming from and everyone is just yelling is pretty realistic in terms of the utter chaos of first contact with an enemy (just ignore the fact that these are aliens...replace them with humans)
First contact - ( New Window )
RE: I would go with Heat based on just the sheer awesoness of it...
RC in MD : 2/10/2020 8:38 am : link
In comment 14807824 RC in MD said:


Strangely, Cobra stands out to me bc the bad guy was genuinely scary...at least, when I first saw it at about 13 or 14.

Commando was simply the most absurd of all the Arnold vehicles of the era...which in a way is why a lot of us still think of it fondly.

And yes, we were joking about them as realistic in any way

Two from Clint Eastwood...
Milton : 2/10/2020 9:59 am : link
I can't decide which is more realistic and which is more racist...
Sudden Impact
Dirty Harry
hah...well, I will of course defer to your expertise in these matters
Greg from LI : 2/10/2020 10:01 am : link
I will continue to say, though, that the weapons handling in Heat was very good, regardless of how realistic (or not) the shootout itself was.


I'm sure I've mentioned this before, but I met Albert Popwell, the actor playing the bank robber who Clint asks if he feels lucky, several times when I was a kid. He used to live in the apartment across the hall from my aunt in NYC. He had small parts in most of the Dirty Harry movies (and a few other Eastwood movies like Coogan's Bluff). Real nice guy.
He was in all the Dirty Harry movies except the Dead Pool
Greg from LI : 2/10/2020 10:19 am : link
He was one of the bank robbers in Dirty Harry, the pimp in Magnum Force, the black radical leader in The Enforcer, and Harry's detective buddy in Sudden Impact.
RE: hah...well, I will of course defer to your expertise in these matters
RC in MD : 2/10/2020 10:35 am : link
In comment 14807917 Greg from LI said:


The thing that people never truly appreciate when watching any kind of a movie with shootouts/firefights is just how chaotic and confusing the entire thing is. Even the most well trained special operations teams get into firefights that devolve into a lot of rounds being put down range with most becoming suppressive fire more than anything. We've gotten so enamored with the myth of our special operators being these efficient killers, but they're just as prone to confusion and chaos (just in a more violent and controlled manner than your regular infantry).

That's why the Zero Dark Thirty scene at the end and the Battle: Los Angeles scene in the beginning are pretty realistic on how confusing everything gets.
RE: He was in all the Dirty Harry movies except the Dead Pool
Klaatu : 2/10/2020 10:42 am : link
In comment 14807933 Greg from LI said:

Cool story about Nick Offerman. My daughter and two other kids were in charge of setting up bringing in comedians, bands, lecturer's performers..etc.. For Kansas State University.

She and I are huge Parks & Rec fans and I love Offerman character. She contacts his people and he comes down there for a show. He was such a nice guy he hung out with the 3 of them for about 90 mins prior to his show singing and telling stories. The best part? For Christmas that year I got a framed Playbill of his show signed by him saying "Eat Meat".
The ending of 'The Town'.
SFGFNCGiantsFan : 2/11/2020 7:48 am : link
'If we get jammed up, we're holding court on the street.'
So are we still talking about the most realistic
RC in MD : 2/11/2020 11:07 am : link
or just really cool shootouts at this point? Seems like most people remember the really cool ones more so than the realistic ones although what is really considered realistic other than most shots never hitting their targets?
Pages: 1 2 <<Prev | Show All |