Sure is. If Toronto drafted Mitchell Robinson he might be an All-Star by now, or at least on the fast track to being one. Has Mitch developed his offensive game at all in two years? A baby hook, a jumper, anything? Seems like the same exact player he was when he got here, like everyone else. Hopefully Dolan allows a proper housecleaning, but I'm not holding my breath.
RE: RE: Stoute
Section331 : 2/11/2020 4:11 pm : link
In comment 14809070 Enzo said:

That's not the worst thing, though far from the best thing. But as NYK fans its sort of what we all imagine when we close our eyes and imagine the next disappointing season.
lol
LawrenceTaylor56 : 2/11/2020 4:17 pm : link
nygiants16 I know you're sitting there, hitting f5 every second on this thread. Don't leave. You can't quit us. You know you have that itch, that burning desire to post something positive. 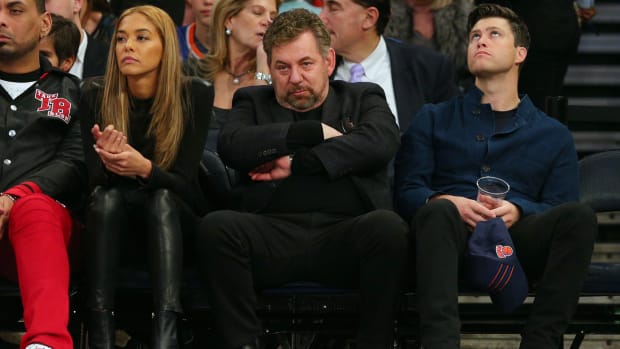 
Yeah, that's a great hot take. That must be why so many of the wealthy keep fleeing the city and real estate keeps dropping in price. Maybe you should call the folks at Hudson Yards and give 'em a heads-up.


I don't know where you live, but perhaps you should be better informed. High end real estate is floundering in NYC. I read it every day in the local trade sites. I don't live in NYC but I work downtown near World Trade. I'm seeing things I haven't seen since the first half of the Dinkins administration. Vagrants, panhandlers, aggressive thugs in the subway. And stuff your "hot take" comment. It's reality. I live it everyday. I left work one night and 3 vagrants were brawling over their "rights" to panhandle in front of the building. People with the means are leaving. Dolan is certainly a boob, but he's not the only problem. Subways are now routinely being delayed by "soiled cars" and "unruly passengers". Public urination is common place. So stuff your "hot take" straight up your ass. You have no clue what the fuck you are talking about.
I live in NYC, I work in Manhattan, and I own real estate here
jcn56 : 2/11/2020 5:08 pm : link
RE is off it's highs, true - try checking to see how far it's dropped relative to 10 years ago.

As for petty crimes and homelessness - maybe up a tick from historic lows a few years ago, but still at all-time lows compared to 10-20 years ago.

But he saw vagrants fighting on the street one night so you must be wrong!
.
DanMetroMan : 2/11/2020 5:23 pm : link
Ian Begley
@IanBegley
·
2m
When management changes happen, everyone assumes the new GM/president is going to hire a new coach. Still, it's unfair to Mike Miller - who has been nothing but professional in tough circumstances - that it was essentially confirmed by NYK on TV today:
RE: .
Enzo : 2/11/2020 5:26 pm : link
In comment 14809146 DanMetroMan said:

nah, this is totally normal! Other teams have "branding gurus" appear on national TV and comment on personnel and coaches all the time!


That’s what really kills me. Knicks hit rock bottom and finally fire Steve Mills. Normal owner and team would re-evaluate everything and clean house while searching for the most qualified and best GM possible. The Knicks hire a player agent and marketing guru to revamp things and now preach about getting big time free agents.


Good grief. What’s this guy going to deliver for the Knicks? The one thing they still don’t have a problem with is filling the Garden and getting celebrities to come to games.


He would likely end up on the long list of high profile big name coaches that have failed as a Knick coach.


Other than it's not flashy, for the life of me I don't know why they wouldn't give Miller at least one full season while they continue to improve the roster. Then by the time they actually get a more complete roster with a legitimate chance at competing at a higher level they will also have had time to properly assess what they have in Miller. He has done a better job with less than most of the "names" they brought in, in the past.
They're 13-19 under Miller
Greg from LI : 2/11/2020 6:39 pm : link
With this sad-sack roster, that's rather good.
RE: They're 13-19 under Miller
steve in ky : 2/11/2020 6:46 pm : link
In comment 14809205 Greg from LI said:


He has earned the chance of at least having the benefit of a training camp and preseason to install his own system and see what happens. They aren't going to be a championship team next season anyway and if it becomes apparent Miller isn't a long term answer ten you can bring another coach and they also had another year to upgrade the roster in the meanwhile. But if by chance Miller can take the team to the next level why not find out?
It makes all the sense in the world
bceagle05 : 2/11/2020 7:17 pm : link
to give Mike Miller a two-year deal and evaluate things year by year. He’s done a solid job, the team will lose 50 games next year regardless of coach, and he’s a cheap alternative to the big name guys (and they’re still paying Fiz NOT to coach). Plus, JVG, Mark Jackson and Thibs will all be available a year or two from now because only Frank Isola thinks they’re no-brainer candidates.
RE: RE: They're 13-19 under Miller
TyreeHelmet : 2/11/2020 7:17 pm : link
In comment 14809207 steve in ky said:


Because that’s the prudent, sound and smart basketball decision. And the Knicks unfortunately don’t care about that. Hopefully Rose proves us wrong.
RE: Van Quitter?
djm : 2/11/2020 7:33 pm : link
In comment 14808969 Optimus-NY said:


So even if he’s the best option and you knew he’d resurrect this franchise, still no? Because he stepped down?


Truly. Nothing grows here. Ever. Show promise as a rookie? He will regress in year 2, guaranteed. The only minor exception might be Mitch Robinson who hasn’t completely fallen apart, yet.
It’s so safe to say
djm : 2/11/2020 9:35 pm : link
The Knicks are weird. They make the jets look... ehh the jets are weird too.

Like Greg mentioned what’s so fascinating is with tight assed tight lipped Dolan how the hell did this clown manage to get his voice out there so early and often here?? I can’t even imagine what the fallout confrontation went down or is going down as we speak.
according to Shams
Steve in Greenwich : 2/11/2020 10:06 pm : link
Worldwide Wes not joining the front office as originally reported
Sources: William ‘Worldwide Wes’ Wesley no longer expected to join New York Knicks front office - ( New Window )
Chaos as usual over at the Garden.
bceagle05 : 2/11/2020 10:14 pm : link
.
Stoute
TyreeHelmet : 2/12/2020 8:32 am : link
Supposedly Puff Daddy smashed a champagne bottle over Stoutes head. After watching that interview, I can see why. 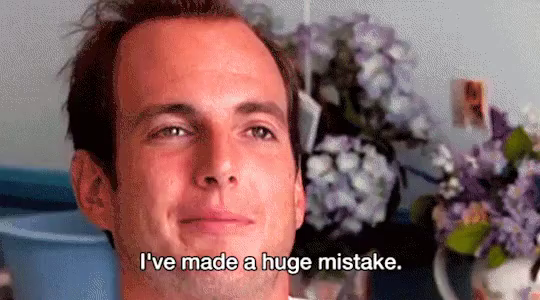 Rookies
TyreeHelmet : 2/12/2020 11:16 am : link
Not the Knicks fault, but man oh man does Zion and Ja look like great players. Will be MVP candidates in the league. Painful to miss out on those 2 one pick away.