Any candidates for future backup QB for the Giants?

With the report that the Giants sent three scouts to the New York Guardians game this past weekend and with Kevin Gilbride being its HC, is Matt McGloin a possibility? I know it's too early to tell, but is there a possibility of another XFL QB potentially being brought in? Or will the Giants look to another more experienced Josh McCown-like QB, who has experience but are career backups? Or will we draft one in the later rounds?
I think they should stick with Tanney another year...
Milton : 2/12/2020 10:10 am : link
...as they transition to a new coaching staff and a new system. Maybe next year use a mid-round pick to develop as the backup QB.
Wasn't Tanney
Walt in MD : 2/12/2020 10:12 am : link
in Dallas with Garrett too?
You don’t need a ‘future’ backup QB
Big Blue '56 : 2/12/2020 10:13 am : link
behind your franchise guy. What you need is a vet pickup that can win a few games for you when necessary
I know this is a wild scenario...
RC in MD : 2/12/2020 10:14 am : link
but if Jalen Hurts drops to the 4th/5th round, I would draft him to see what he can do as our backup. With Judge saying that we will be flexible in fitting to the strength of our players, can we possibly put in packages for Hurts the way they do with Taysom Hill down in NO? Just a weird thought I had watching Hurts play in college.
If Marriota is cheap enough
V.I.G. : 2/12/2020 10:14 am : link
He might be the best guy that could win a game in a pinch.
We're worried about the backup QB?
Rudy5757 : 2/12/2020 10:14 am : link
We have so many needs on this team, worrying about the backup QB is the least of our problems. Let's start with the 22 starters, lets get them done 1st then we can worry about a guy noone wants to see play. Garrett can go in for all I care.
Uncle Rico
DTgiants : 2/12/2020 10:17 am : link
nuff said
RE: We're worried about the backup QB?
RC in MD : 2/12/2020 10:18 am : link
In comment 14809556 Rudy5757 said:


Somehow you think that it's a zero sum game that if we talk about looking for a backup QB, it's going to somehow take away from us building a team.

This is a discussion board where nothing we say or do amount to shit about this team's future, and there are enough threads on drafts and free agents to devote one threat to a topic we don't really talk about. Give me a break.
RE: If Marriota is cheap enough
LBH15 : 2/12/2020 10:26 am : link
In comment 14809554 V.I.G. said:


Backup QB is legit concern, especially with DJ's running style. He doesn't necessarily take contact in the smartest way.
We don't know
crackerjack465 : 2/12/2020 10:48 am : link
who 2/5ths of our starting O-line will be, and this is like the 7th thread I've seen on whether we should retain Alex Tanney for the backup QB job or try to replace him.

It's obviously not a "who cares" type of subject, because backup QB is important, but why is BBI so obsessed with this? 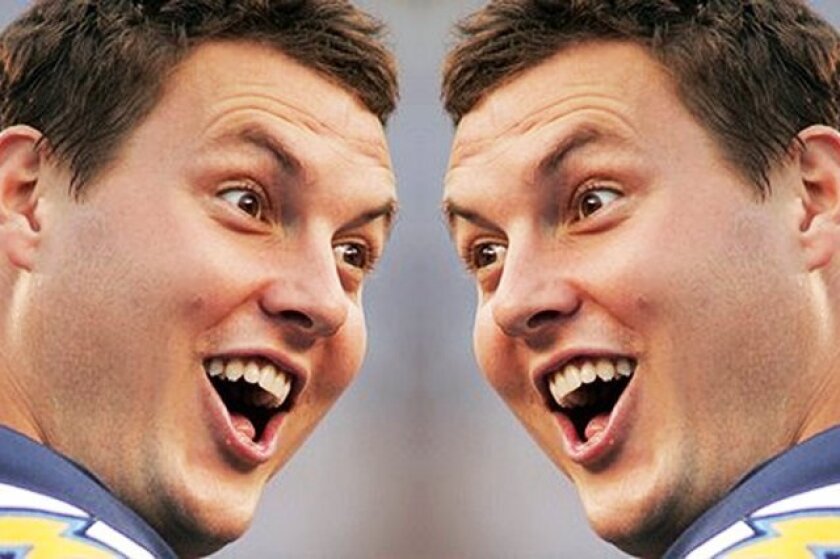 
This
With Jones being relatively cheap (for a QB)
Mike from Ohio : 2/12/2020 12:44 pm : link
and relatively inexperienced, I would hope they would go with a more seasoned QB as opposed to drafting a rookie in the middle rounds who knows he has no legitimates shot at the starting role.
which leads to the inevitable question
uther99 : 2/12/2020 12:46 pm : link
do they keep 2 or 3 QBs on the 53?
There are several good options
Jay on the Island : 2/12/2020 1:22 pm : link
The Giants would be foolish to rely on Tanney as the primary backup QB. The potential options in order of preference are:

Miami is reportedly keeping Fitzpatrick but if they did change their mind he would move to the top of my wish list. If Miami does what everyone expects them to do and takes a QB in round 1 I would give them a call and offer a conditional 6th round pick next year for Rosen. Rosen still has three years left on his contract and would give the Giants another talented young QB.
RE: which leads to the inevitable question
Jay on the Island : 2/12/2020 1:24 pm : link
In comment 14809746 uther99 said:

They should only keep 3 if they sign a solid backup QB and use a day 3 pick on a developmental type. There is no reason to carry Tanney on the roster. If they value him so much off the field they should release him and offer him an assistant QB coach job. He might try to find another job but once he realizes he isn't going to find one a coaching job will look much better than unemployment.
RE: RE: We're worried about the backup QB?
Rudy5757 : 2/12/2020 1:26 pm : link
In comment 14809595 penkap75 said:


Backup QB is only a legit concern when your team actually wins game. We have won 12 games in 3 seasons and its not because our backup QB had to play. We have a backup under contract. i would say backup QB is way down the list on important offseason moves. for reference, Dallas Cowboys backup QB was an undrafted FA who's scouting combine info is below:

He received an invitation to the NFL combine and performed almost all of the required drills except for the bench press. He had an underwhelming lackluster performance and had some of the lowest marks at the combine.[14] On March 20, 2017, Rush participated at Central Michigan's pro day and chose to attempt the vertical jump, broad jump, short shuttle, and three-cone drill once again. He gave a slower time in the three-cone drill (7.28), but was able to have better results in the vertical (30"), broad (8'11"), and short shuttle (4.46). He was among ten players from CMU, Northern Michigan, and Ferris State to perform combine and positional drills for scouts and team representatives from the NFL. Rush was ranked the 14th best quarterback prospect in the draft by NFLDraftScout.com

Blake Bortles signed for only $1 million with the Rams last year. He's not my favorite option but his skill set is similar to Jones and he has a lot of starting experience. If he could be signed for that cheap then he makes an intriguing option for the Giants. Mariota is obviously the best option but I think he will want more than the Giants are willing to spend as well as a better opportunity to start.
RE: Bring him home.
Gatorade Dunk : 2/12/2020 2:05 pm : link
In comment 14809613 BrettNYG10 said:

So you think Rosen is "another talented young QB" but you also think that Miami would trade him to the Giants for a 6th round pick?

And not even a straight 6th round pick, you think it should be a conditional pick and that Miami should have to wait until the 2021 draft to collect?

Rosen can't be possibly be young, talented and cost controlled on one hand and worth next to nothing on the other hand.

This sounds like one of those trades that someone would call in to WFAN.
I am of the school who thinks your backup QB should be a clone of your
Ivan15 : 2/12/2020 8:35 pm : link
Starter. I don’t like it where your backup can’t execute the offense and you have to make dramatic changes to match up.
I think
YANKEE28 : 2/13/2020 8:58 am : link
Judge has shown a strong interest in coaches he has known and that might be true with his input on picking our backup quarterback.

Remember that when Judge was at Alabama, the quarterback was A.J. Mc Carron. Mc Carron redshirted in 2009, which was also Judge's 1st year with the Tide.

Mc Carron only signed a one year contract with the Texans, so he is a Free Agent. He also started a game for the Texans last year.

Mc Carron is still only 29, will be inexpensive, and perhaps makes the most sense to Judge.