adamg : 2/13/2020 12:45 pm
Apparently, the Astros had a really shitty press conference today where they did the non apology thing.

The owner claimed that he didn't know about it and doesn't spend time in the locker room area. Yeah right
the anonymous
pjcas18 : 2/13/2020 12:55 pm : link
quotes RE: McCann and Beltran don't seem so credible now.
another favorite quote
jestersdead : 2/13/2020 12:57 pm : link
So grown men with wives and kids still need guidance on what is right and wrong? Pretty sure nobody held a gun to their head and said, you have to do it.


That quote is a head scratcher. If you didn't think it impacted the game, you wouldn't have bothered setting up a whole program to do it against the rules in the first place?
There is only one solve here
Matt in SGS : 2/13/2020 1:12 pm : link
in 2020, the Astros pitchers have to shout out what pitch they are throwing to the batter before each pitch. And if there is no impact on the outcome, then we can all move on and leave Houston alone.
Haha I guess you can admire the Astros
pjcas18 : 2/13/2020 1:33 pm : link
sticking to the heel turn part of the script.

I'd love to see them get drilled in the ribs every game. What would MLB do? You can make up a rule to protect 2-3 from being hit by pitchers, can you?
how are the umps going to handle things?
giants#1 : 2/13/2020 1:58 pm : link
They love inserting themselves into the spotlight, especially a select few, so are they going to toss opposing Ps immediately when they plunk Altuve/Bregman? Or are they going to let teams get one or two free shots before issuing warnings?
RE: I forget which writer said it
pjcas18 : 2/13/2020 1:58 pm : link
In comment 14810546 Greg from LI said:


Did he say they didn't do anything wrong? All I read was he said he didn't think the sign stealing had an impact.

I guess that would be sort of funny, but it would also be once. He'd be warned before even taking the mound, and ejected after the first brushback attempt. Knowing CC, he might even start talking during warmups and get himself ejected before even getting to throw a pitch.
It still floors me...
bw in dc : 2/13/2020 2:11 pm : link
that Manfred felt he couldn't move this forward without granting players immunity.


My guess is that there is a big can of worms that could be opened if they push the players too hard on this and MLB wants to keep the lid on that permanently closed.
This is the quote that burns me up
Steve L : 2/13/2020 2:17 pm : link
“My players shouldn’t be held accountable because it should have been stopped.”

Bullshit.
And the team and the league is being sued
Steve L : 2/13/2020 2:19 pm : link
By a player In the minors. He says he got torched as a middle reliever by the Astros. Gave up five hits, three walks and four runs in 1/3 of an inning. Was sent down the next day and no team will promote him now. Suing them for lost income.

Not sure I agree but an interesting take for sure.
Hard to imagine Altuve and company won’t get
mfsd : 2/13/2020 2:20 pm : link
a couple fastballs in the ribs this season. Baseball has seen different kinds of scandals over the years, but this is unusual in how so many of their opponents are united against them.

A lot different than steroids, as players all knew guys on every team were taking them
The owner said they did do something wrong..
BillKo : 2/13/2020 2:28 pm : link
..and that's why they apologized.

What he did say is it "didn't impact the game".

Then he quickly diverted, less than a minute later, that he didn't say that.


I was wrong - what he actually said is that they broke the rules but he doesn't think that means they cheated.

He's trying to draw an imaginary distinction between breaking the rules on one hand and cheating on the other hand, because he doesn't actually believe they did anything wrong and he's not actually apologizing for anything.
This couldn’t happen to
djm : 2/13/2020 5:21 pm : link
A better collection of assholes. Nice to see arrogance humbled. Enjoy the shit sandwich there planet Houston, enjoy it. This is enjoyable only because that team is one giant arrogant asshole.
I can't wait til the Bleacher Creatures serenade these assholes.
Eman11 : 2/13/2020 5:41 pm : link
I only wish they came in early in the season instead of late. Then again, maybe the hoopla will have died down a bit by then and the Stros will think they're past it, only to find the Bronx will bring em right back to reality.


They're going to get dumped on in every stadium they play in. It won t just be Yankees fans.
I saw clips of the presser earlier on ESPN.
SFGFNCGiantsFan : 2/13/2020 8:53 pm : link
Their owner seems like a complete boob.
F*** MLB
5BowlsSoon : 2/13/2020 9:19 pm : link
For allowing these cheating idiots to keep their rings. No guts to do the right thing. How could anyone believe the cheating did not affect the outcome of both the Yankee and Dodgers series?


No doubt about that but I have every confidence the best dumping will come in the Bronx. Even if it is late in the season.
what's truly eye-opening is the reaction around the league
Greg from LI : 2/14/2020 9:18 am : link
Lynn Worthy
@LWorthySports
Royals All-Star Whit Merrifield on the Astros: “I have no interest in hearing about them.... I have no respect for those guys anymore.”
Royals star Whit Merrifield: Astros scandal discredits everything they’ve done
Disgusting. Blatant cheating. Discrediting. Whit Merrifield holds no punches in discussing Astros scandal.
kansascity.com
4:44 PM · Feb 13, 2020
In hindsight, this sport has been in a tailspin since the ‘94 strike
sb from NYT Forum : 2/14/2020 11:31 am : link
....an probably since the fired Fay Vincent.
MLB stars continue to rip the Astros to shreds
Greg from LI : 2/14/2020 2:04 pm : link
I am loving this way too much.

Jorge Castillo
@jorgecastillo
Bellinger: "I thought Manfred's punishment was weak, giving them immunity. I mean these guys were cheating for three years. I think what people don't realize is Altuve stole an MVP from Judge in '17. Everyone knows they stole the ring from us."
11:19 AM · Feb 14, 2020

Good comments from Bellinger
dune69 : 2/14/2020 2:14 pm : link
except for the part about getting the WS stolen. Astros stole it from the Yanks. We would have steam rolled the Dodgers.
the dodgers got the WS stolen in 2017
capone : 2/14/2020 2:17 pm : link
is that even debatable?
Kurt Suzuki
Matt in SGS : 2/14/2020 2:20 pm : link
called them out too saying they knew that they were cheating in the WS with the whistles. And he noticed when the crowd got really loud, the Nationals pitchers were able to get the Astros hitters out.

This all lends more to the theory that only "trusted" players on the Astros were given the buzzers (Altuve and Bregman specifically). The rest went by the whistling.

That's what bothers me the most about 2017 - the baseball purists were killing the Yankees for striking out too much and waxing poetic about the disciplined Astros and their ability to put the bat on the ball. What a collection of cheating bums on that squad.
RE: BTW...
Greg from LI : 2/14/2020 4:16 pm : link
In comment 14811385 bw in dc said:

Tyler Kepner
@TylerKepner
Stephen Strasburg, the 2019 WS MVP, with more high heat for the Astros: "Someday I’m gonna hopefully have some grandkids and sit down and talk to them about the experience of the World Series and not really feel ashamed of it at all."
1:31 PM · Feb 14, 2020
Baker to MLB
jestersdead : 2/15/2020 12:36 pm : link
Houston manager Dusty Baker urged Major League Baseball to help protect his players from potential retaliation and to discipline opponents who hit Astros players with pitches because they're angry at the organization for the widespread cheating during their championship-winning 2017 season
Dusty - ( New Window )
RE: Baker to MLB
RobCarpenter : 2/15/2020 12:58 pm : link
In comment 14811742 jestersdead said:


True....the Dodgers recently acquired a kid from Minnesota who throws 100 mph. I would think getting hit by him might hurt a bit....depending on where one got hit of course.....
Every time this seems like it can't get more ridiculous.....
Greg from LI : 2/15/2020 2:19 pm : link
Now the excuse for Altuve being afraid of having his jersey pulled off is that he had an unfinished tattoo that looked bad. No, seriously, that's what Correa insisted in his new Ken Rosenthal interview.
And stars around the league continue to rip the Astros
Greg from LI : 2/15/2020 2:24 pm : link
Gordon Wittenmyer
@GDubCub
Bryant on Astros: "If they didn’t get caught they’d still be doing it.
They’re only doing this apology because they got caught. There’s a lot of feelings on it. I know everybody around the league is really upset and rightfully so because it’s really a disgrace to the game.”
11:58 AM · Feb 15, 2020
RE: Every time this seems like it can't get more ridiculous.....
Mad Mike : 2/15/2020 5:46 pm : link
In comment 14811787 Greg from LI said:

No, that actually checks out. Altuve really guessed wrong on the 2016 election. 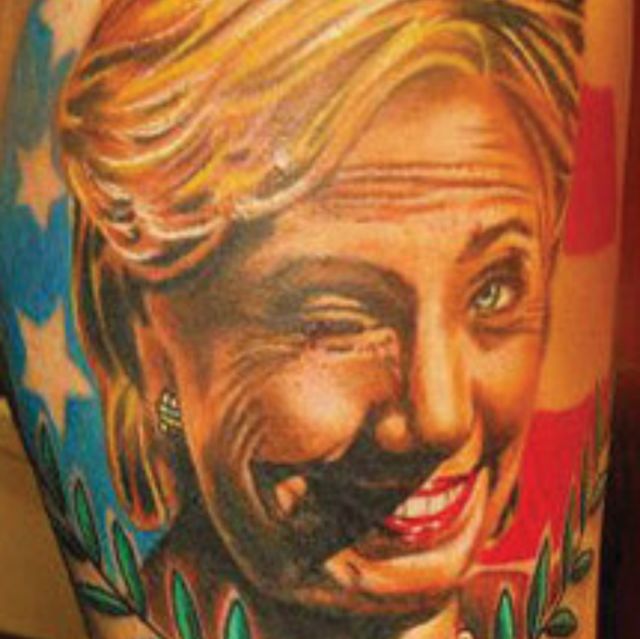