nygfaninorlando : 2/14/2020 1:43 pm
Another nice win last night. Tie the game in the last minute and win in shootout. How about that shootout goal by Panarin? Beautiful. Can’t wait to get some of the young D-men up to put with Igor. The future is really going to be exciting. Would love to find a way to sign Kreider to an extension before the deadline.
Give us this day
Davisian : 2/14/2020 1:45 pm : link 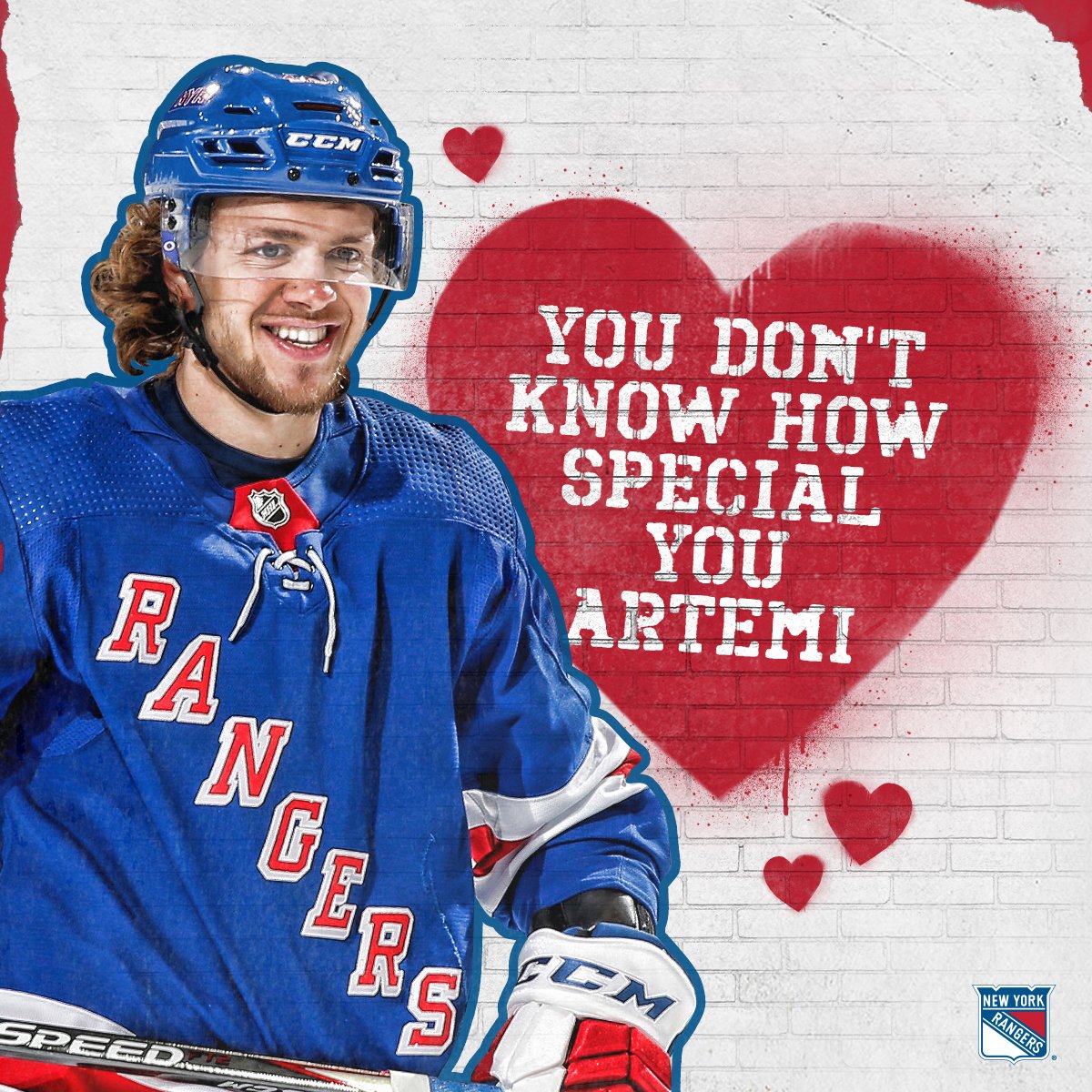 He is a truly great player, worth every penny.
Panarin is a wizard
EliIsEliteX2 : 2/14/2020 1:53 pm : link
I still think the shootout goal was illegal since he brought the puck backwards but regardless Panarin is a bonafide super star. He makes everyone else on the ice better.

I got so tired of the Rangers signing over the hill FAs so to get a guy like this in his prime is so refreshing. Also love the fact that the fish sticks offered him more money and he took less to play here.
Huge win last night, even bigger game tonight
ShockNRoll : 2/14/2020 2:01 pm : link
Panarin in his return to Columbus, I expect the same treatment Trouba got in Winnipeg with boos whenever he touches the puck and a video tribute with mixed reactions. It may even be more hostile than that given that they offered him more years AND more money, and he turned it down. Merzlikins figures to be in net after he was out last night. He's been lights out since Thanksgiving giving up 2 or less goals in 14 out of 20 games, with 5 shutouts. Losing Seth Jones is a huge loss for them and they are reeling a little with a 3 game losing streak. If the Rangers have any shot of pushing for the playoffs, this is a game they need to win. Still awaiting news on who the Rangers will have in goal, hoping Igor is well enough to play.
Joey Keane called up
ColHowPepper : 2/14/2020 2:20 pm : link
from Wolfpack...is this the Lou Gehrig story for Staal? (Was it Gehrig who started because 1B was injured?)

The amazing thing about Panarin, he finds a way, somehow, seeing eye, blind, whirling dervish, to put the puck right on the stick of a breaking teammate.....UNCANNY


they reviewed it. It was ruled legal.


But this team is sucking me in, and in particular Panarin and the two young goalies.