NFT: People who appropriate space, do they bug you?

We have limited bench space in the locker room, yet some folks not only take up an entire bench with their personal shit (when the entire locker room has maybe 5 benches and over 100 lockers), they fucking prop their gym bags and workout sneakers on ONE ENTIRE BENCH then drape their towels and ass on the next bench!

Who the fuck do they think they are? It appears to me that each half bench should accommodate a single person's need, using an entire bench for oneself is more than piggish. But expanding one's own personal use space to two fucking benches?

What kind of people do this? Just today I walk into the locker room to undress to workout clothes and put away street clothes in a locker, and some guy has his winter jacket spread on a bench. He himself is at another bench spread out and getting dressed...

There are plenty of hangers in an area designed for hanging coats or other outerwear. Why TF does the guy spread his winter jacket on a gym bench? Why do people prop their sweaty sneakers on a bench instead of leaving them on the floor?

I might sit there with my bare ass, and you might've worn those sneakers outside and stepped in dog shit... Leave your fucking shoes on the floor, ass wipes!


As a young man in the mid '70s I once witnessed the most horrific verbal fight on a commuter bus. Apparently it started when one guy, shortly after sitting next to another guy on one of the only empty seats left on the bus, towards the rear, accused the guy next to him of stinking of body odor.

Swiftly the insults and invective escalated to the point of one guy just dressing down the other one with some of the most colorful and personal cursing out I had ever heard... And I grew up in the Bronx and Jersey.

Well the guy who'd just been cussed out every which way imaginable had to gather himself for a moment to script the words for an appropriate reply...

And finally he says: "yeah? Well you probably work for the city government!"

The entire bus full of commuters sat in shocked silence.
Ways has changed the game quite a bit, along
BlueLou'sBack : 2/16/2020 3:28 pm : link
with other GPS based directional instructions, but when I first moved to Israel in '97 I was confounded by the number of drivers whose plan to find their way here or there was to slow down at intersections and ask pedestrians on the corner for driving instructions.

In small towns and boroughs, Israelis on the road always stop to speak with friends they recognize out taking a stroll, too.

But the gathering information for directions thing was the first I noticed it, that when the drivers stopped their cars to talk and ask questions they didn't bother to signal or pull their cars over to the curb. They just stopped in the middle of the fooking street, rolled down their windows, and fired away. To hell with whomsoever is behind me!
this thread is basically
lightemup : 2/16/2020 4:54 pm : link
"Who hates inconsiderate people?". Who doesn't hate inconsiderate people?
The bigger issue isn't how much space another uses
Diver_Down : 2/16/2020 5:37 pm : link
or where they put their shoes. But the biggest problem that everyone has seemed to overlook is BlueLou is sitting bare ass on the benches. Who puts their balls on a bench?
.
Johnny5 : 2/16/2020 5:46 pm : link 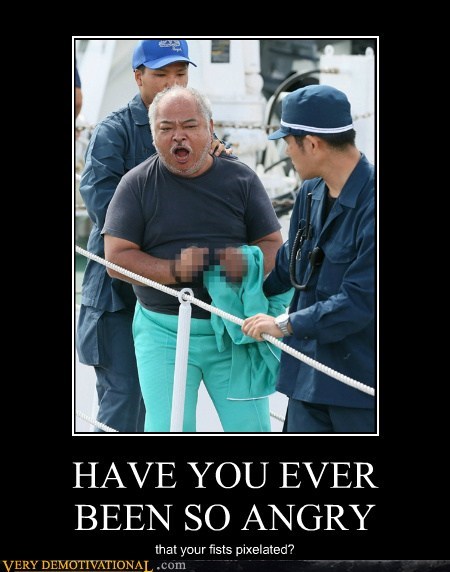 I deal with this several times a week
aimrocky : 2/16/2020 5:48 pm : link
At my kids daycare. Parking is limited but there’s an area horizontal to the grass where two cars can fit. There’s one woman who insists on parking in the middle, taking up both spots. The last few times this happened there was no other parking in the lot so I blocked her in.
RE: The bigger issue isn't how much space another uses
BlueLou'sBack : 2/16/2020 6:52 pm : link
In comment 14812224 Diver_Down said:


I want to sit bare balls on the bench, but since the fekkers put their possibly dog Pooh contaminated shoes on it I have to put a towel down first. The towel I just died my nut sack with, preferably.
You have to be polite but direct
Rolyrock : 2/16/2020 7:15 pm : link
Tell them excuse me and kinda lean in, they move it. Like the yuppies on the subway. They put their bags next to them then bury their nose in their phones. But they will move.
Blue Lou
Southern Man : 2/16/2020 8:21 pm : link
Now you're telling me that I have to worry about putting my coat down on where your ball sack had been?
RE: I hate
jnoble : 2/16/2020 8:50 pm : link
In comment 14812153 Big Al said:

I also don't like when you're checking out on line at a store in the process of paying and the person behind you is standing uncomfortably close. Wait your turn, bucko!
People who meander about
oghwga : 2/16/2020 9:01 pm : link
In walkways or airports or shopping malls without any awareness that other people are trying to walk from point a to point b
OG just brought to mind a personal favorite of obnoxious
BlueLou'sBack : 2/16/2020 9:35 pm : link
inconsiderate behavior that has several variations on a theme.

On a packed subway someone with a rolling suitcase worms their way to be next to the door for the exit at the next station platform, where there's an escalator. They then bully their way to be first on that escalator, but with the suitcase in tow, they then don't move once they've plugged up everyone behind them.

Same behavior occurs at controlled traffic stops where there are two lanes at the light and two lanes across the intersection that shortly narrow to one lane. There's a guy at the light next to you, and he pulls out like a rocket to be the first guy driving on the one lane road, where he promptly settles in to driving exactly the speed limit and not one mph over it...
This sounds like a job for
allstarjim : 2/16/2020 10:14 pm : link
Larry David:


I’m in the belief that if you’re less than an arms length close to me, I’ll flat out tell you to back the fuck up! I was on line at a bagel store, and this guy behind me hit me in the back of the head with the beak of his cap while on the phone; I turned and said to him seriously dude you gotta be that close to me! It’s a safety issue with me, never want people that close.
In my younger..
FatMan in Charlotte : 2/17/2020 9:57 am : link
days, if there was a Camaro or some other car that the owner thought was so precious it needed to be parked diagonally between two vertical spots, I'd take a closer look and run a key lengthwise down the side, or throw an elbow into a side panel.


I wouldn't go quite that far.

But the inconsiderate people could very well be the driving factor behind other people's sociopathy.
I offer up
BlueLou'sBack : 2/17/2020 10:34 am : link
FMIC as proof of this theory.
It could make for a hilarious candid camera sketch
santacruzom : 2/21/2020 11:36 am : link
You travel to movie theaters and ask people to move down a seat in order to create two adjacent empty seats instead of one. If someone refuses, you move on and a moment later, a 400 pound guy dressed in particularly malodorous homeless man garb takes the single empty seat.