truebluelarry : 2/17/2020 8:51 am
According to Wellington Mara, Conerly is the greatest player not in the Hall of Fame. 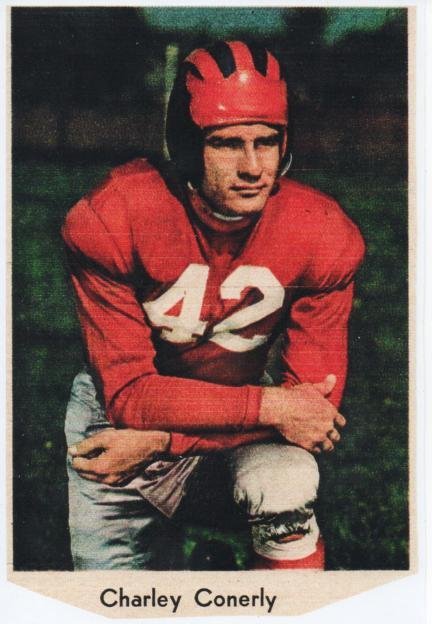 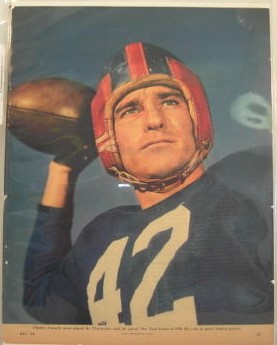 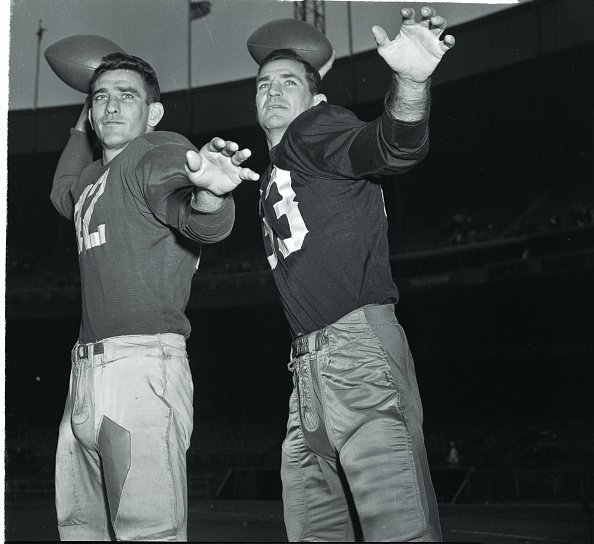 posing with Sammy Baugh in the Polo Grounds 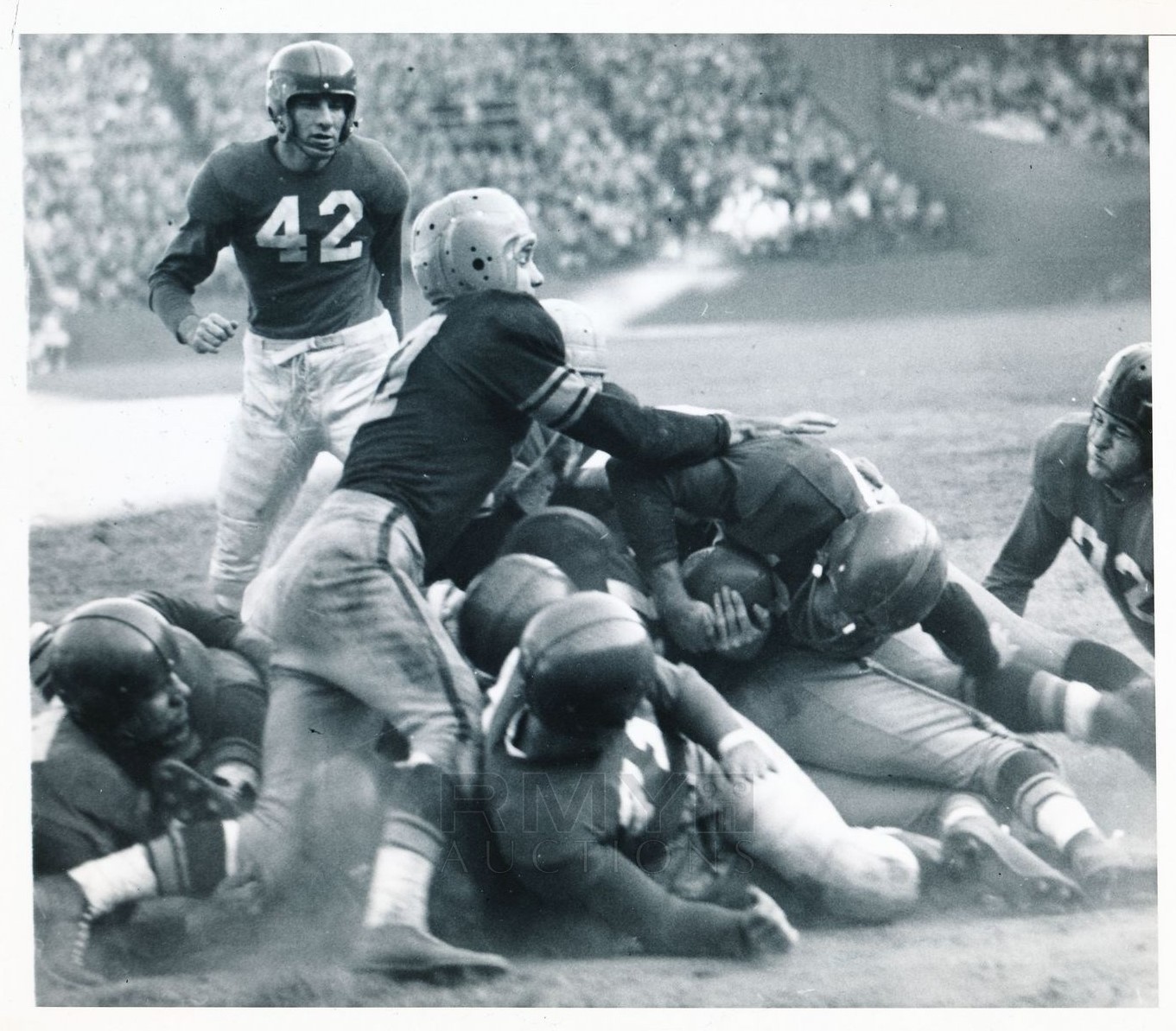 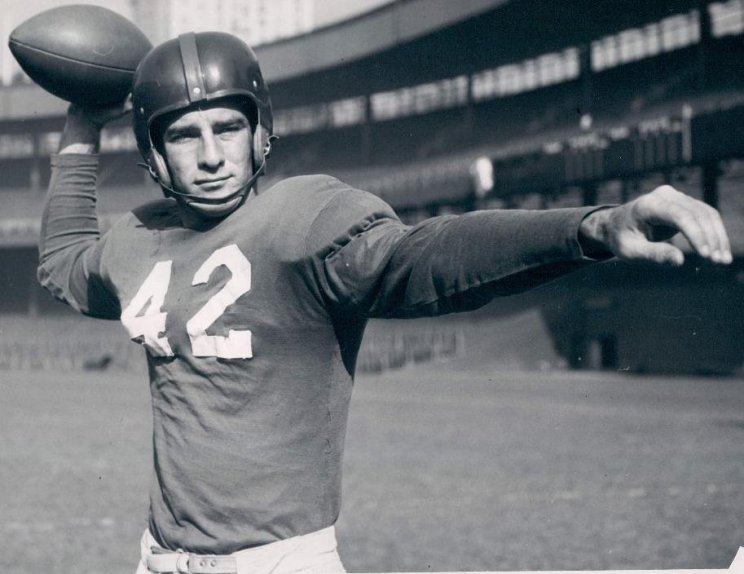 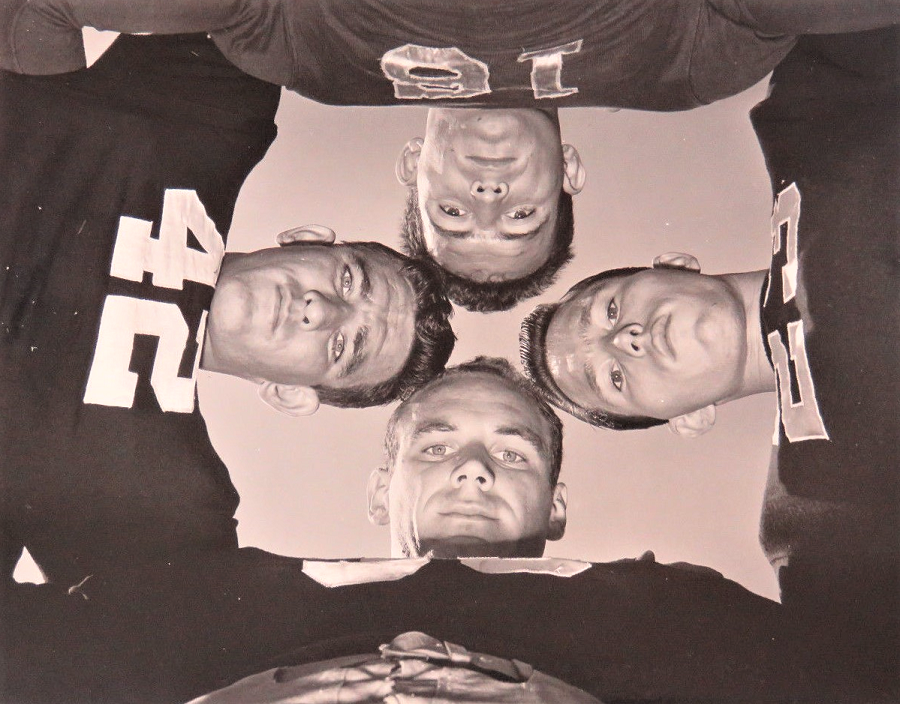 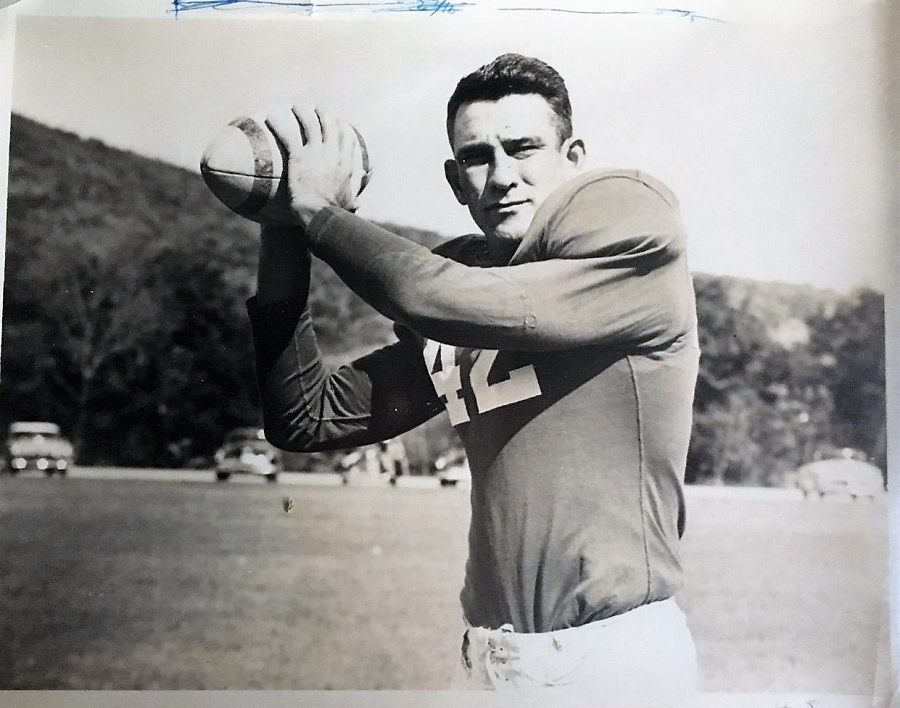 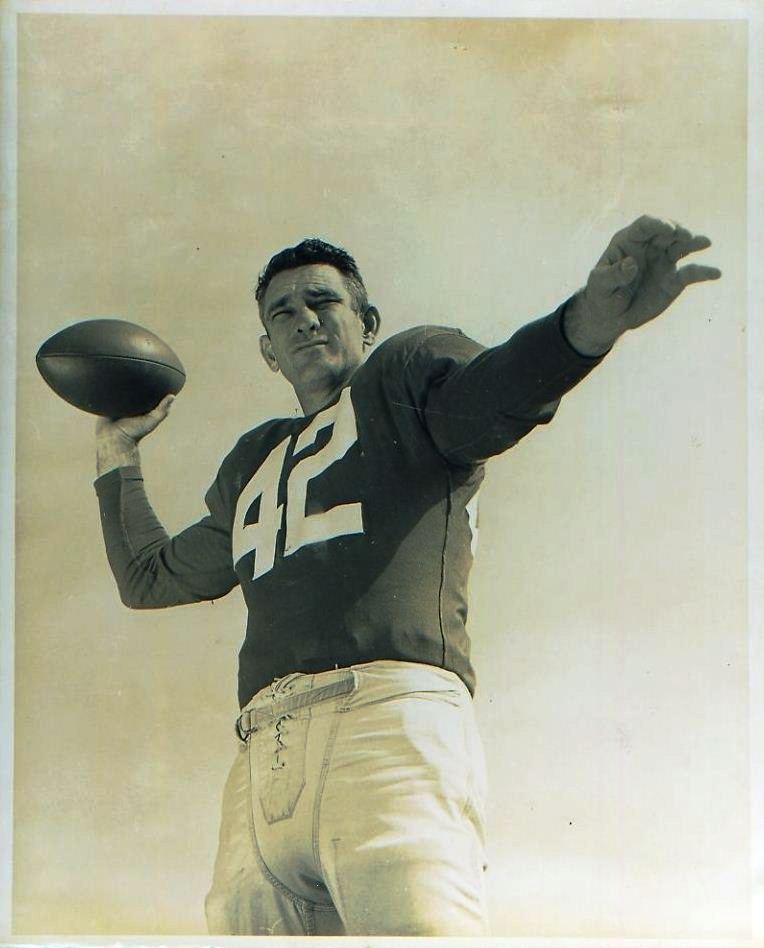 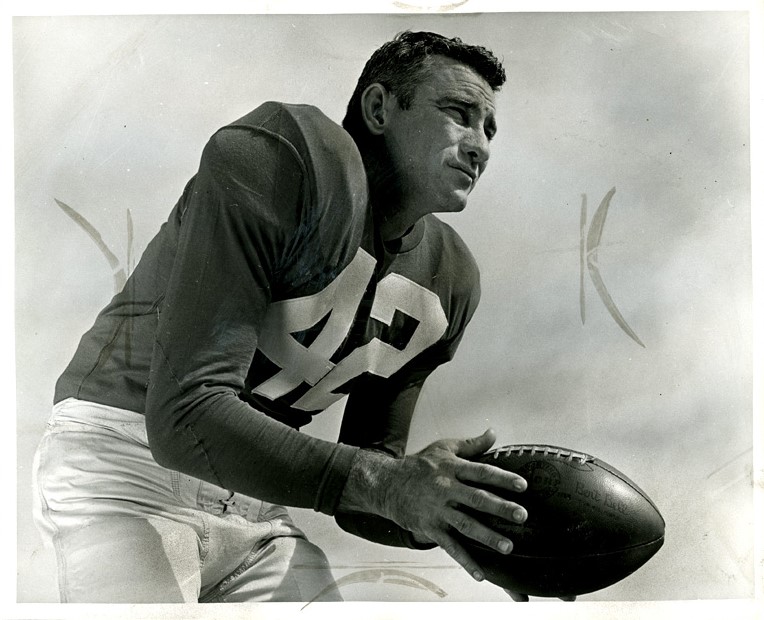 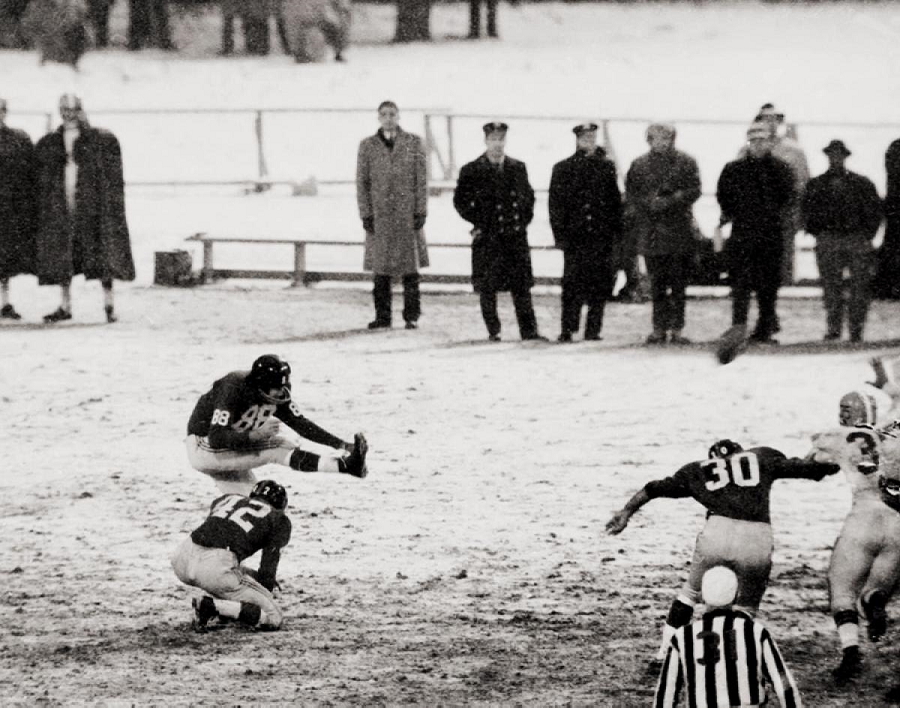 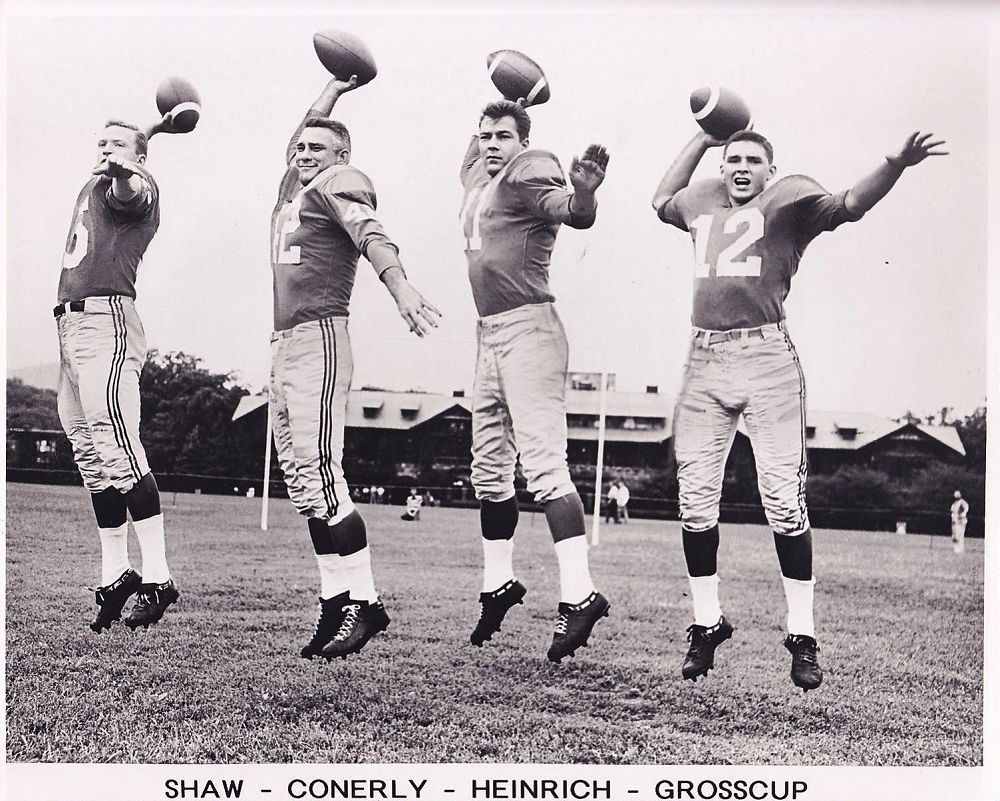 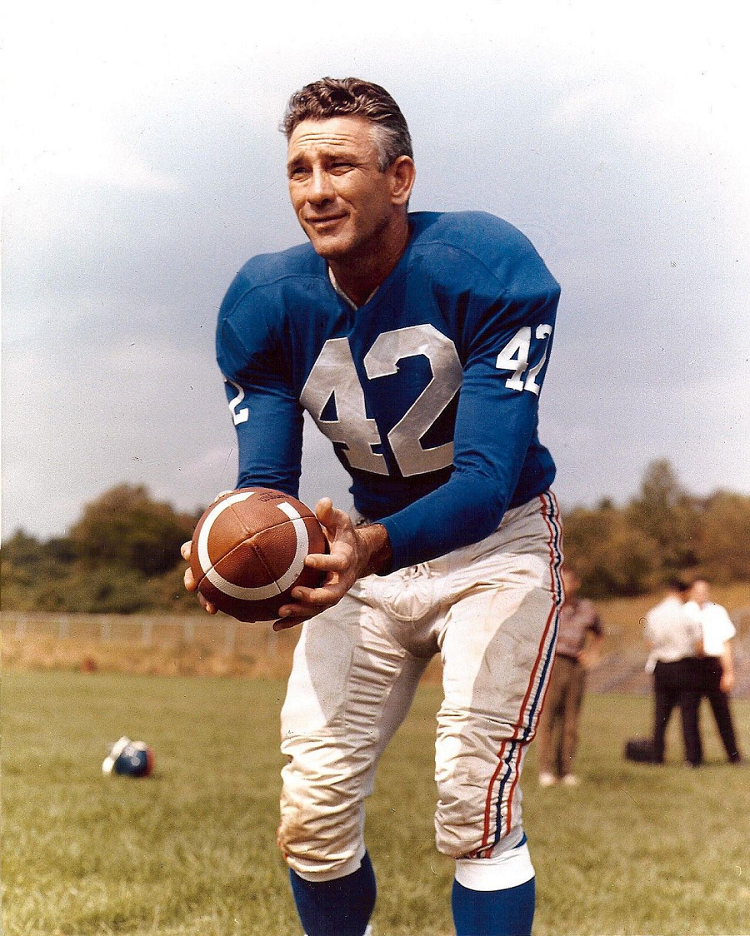 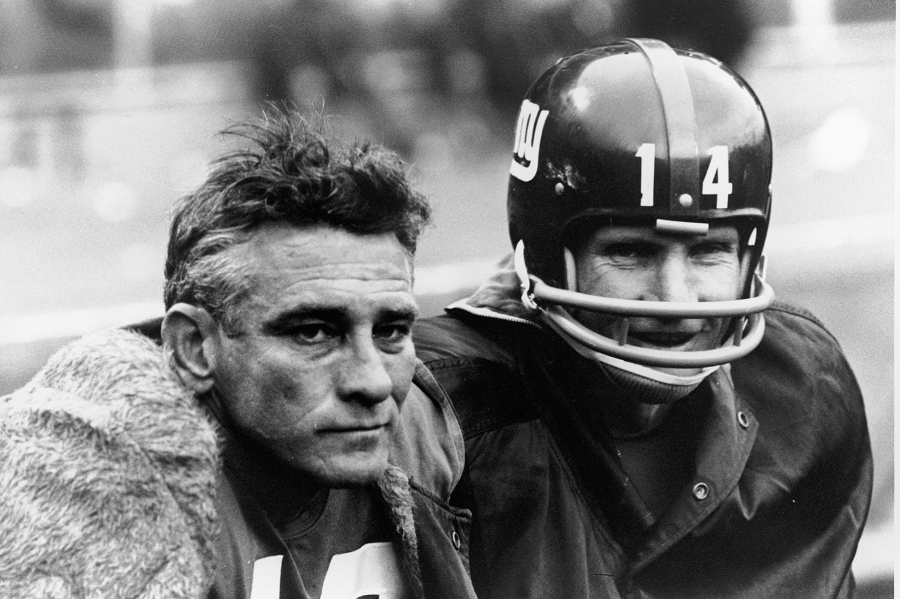 om the bench with Y.A. Tittle


With the NFL’s 100th anniversary season upon us there is also an opportunity to enshrine some extra heroes of the past into Canton. I am writing this letter with regards to the great Giants quarterback, Charlie Conerly. He was a finalist several times back in the 1970s, but never got in. Now is the chance to correct this wrong.
Charlie Conerly is the only quarterback in the history of the NFL to have won both a championship and an MVP who is not in the HOF. Even ESPN called him the best player, not just quarterback who is not in Canton a few years ago on College Gameday. They showed a great 3-minute video about his career, it is on youtube, just type in his name. Not only was he a great player, but he was the Marlboro man. He was the quarterback of a team that was highly influential in increasing the popularity of the NFL. He played on great teams that could have easily been a dynasty. He came very close to defeating Johnny Unitas and the Colts twice. The Giants offense may have improved a lot when YA Tittle joined the team, but Charlie played much better than Tittle in all the championship games. In the 1956 and 1958 championship games Charlie was flawless. YA Tittle may have been the better quarterback, but Charlie Conerly was the lifelong Giant who won the big game in 1956. His stats are on par with the other HOF quarterbacks of his era. He has a better career completion percentage than Bobby Layne, Jim Finks (how is he in?), and George Blanda. He also has a better TD to interception ratio than any other QB of his era except for Otto Graham. His stats are obviously nothing compared to modern day QBs, but his rookie TD record stood until 1998. He also has more career TD passes than Bart Starr, Roger Staubach, and even Troy Aikman. He may no longer be with us, but his wife is still alive and it would mean so much to her. It would also mean so much to the Mara and Manning families, Giants, and Ole Miss fans. Perhaps the Manning family would even want to be on the stage during the ceremony.
tbl,
Big Blue '56 : 2/17/2020 10:35 am : link
I remember all those photos “live” from 1956 on. They all appeared either in the newspapers and/or the magazine inserts of said papers.
I find it fascinating that two of the Giants greatest quarterbacks
Ira : 2/17/2020 10:49 am : link
came to us via Ole Miss. Here's some info connecting them. Before the draft, Perian Conerly, Charlie's widow, visited Wellington Mara and urged him to draft Eli. At that time, many Ole Miss fans were Giants fans because of Chalie. Perian predicted the Giants win at SB 42 because 42 was Charlie's number.

My Parents were at the december 14, 1959 game on a date. My Dad always marveled how my my mom was dressed so beautifully, in a skirt and sat through the cold game in the show, they married the next year. Dad is not doing well today, but he still follows the "Jints", and he's mad as hell that "They stink" right now

Chucking Charlie should be in the HOF
Mr. Mara was right.
Red Dog : 2/17/2020 12:21 pm : link
As someone who grew up watching Conerly QB the GIANTS (when they weren't screwing around by starting Heinrich), I am convinced that Mr. Mara was right about Chuckin' Chuck being the best player not in the HOF.
Venture to say
FranknWeezer : 2/17/2020 1:54 pm : link
I'm the only BBI'er who's shopped in his Charlie's shoe store on State St. in Jackson, MS (Conerly's), when it was a thing back in the 80's. What do I win?
wonderful pics, Larry, as usual
ColHowPepper : 2/17/2020 1:58 pm : link
He really did span two eras, the late Middle Ages, barely any equipment, leather helmets, no facemasks, etc. and transitioning to the emergence of the early modern era with the epic Colts-Giants of 1958. I watched him play, saw him play (incl. the Bednarik game). A true icon of the franchise.


Yes, but Glynn Griffins too. That kind of balances it out.